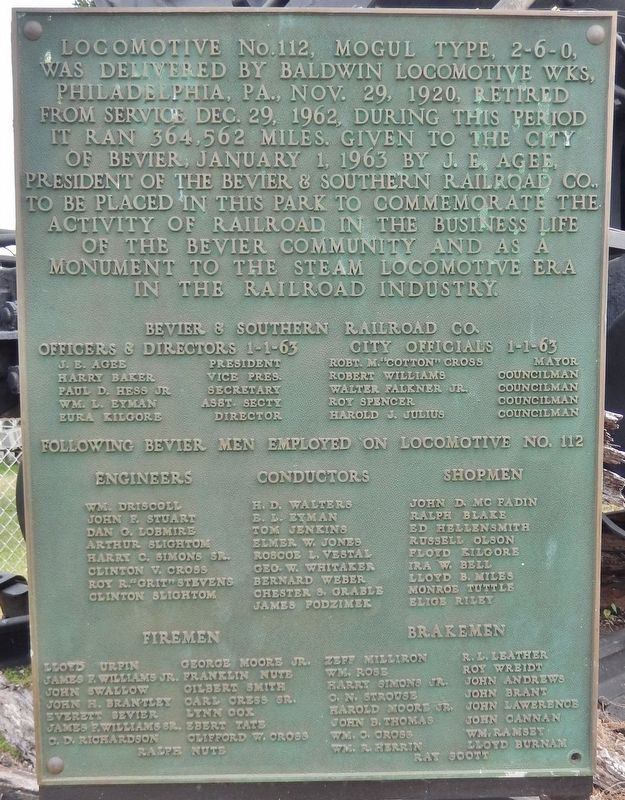 Locomotive No. 112, Mogul Type, 2-6-0, was delivered by Baldwin Locomotive Works, Philadelphia, PA., Nov. 29, 1920, retired from service Dec. 29, 1962. During this period it ran 364,562 miles. Given to the City of Bevier, January 1, 1963 by J. E. Agee, President of the Bevier & Southern Railroad Co., to be placed in this park to commemorate the activity of Railroad in the business life of the Bevier community and as a monument to the steam locomotive era in the railroad industry. 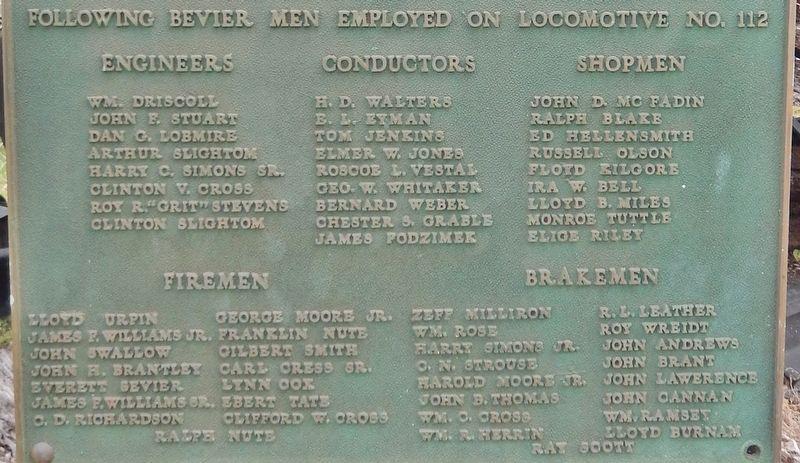 Click or scan to see
this page online
39° 44.867′ N, 92° 33.866′ W. Marker is in Bevier, Missouri, in Macon County. Marker is at the intersection of North Macon Street and East Platte Street, on the left when traveling south on North Macon Street. Marker is a large "poster-style" metal plaque, located adjacent to the subject locomotive exhibit, in a small park at this location. Marker is inside the fenced exhibit area, near the front of the locomotive. Touch for map. Marker is in this post office area: Bevier MO 63532, United States of America. Touch for directions.

Also see . . .
1. Bevier and Southern Railroad.
The Bevier and Southern Railroad began in September 28, 1914, with the division of the Missouri and Louisiana Railroad and ended in 1982 when the railroad went out of business and was abandoned. The railroad was 9.18 miles in length and ran from a connection with the Chicago, Burlington and Quincy Railroad, just west of Bevier, Missouri and ran south to Binkley, Missouri. Outbound coal from coal mines in the area was the primary traffic along the route. The line was 90 pound rail and was still relying exclusively on steam locomotives (two 2-6-0 Moguls and two 2-8-2 Mikados) to haul coal hoppers to its mainline connection in 1961. (Submitted on April 27, 2018, by Cosmos Mariner of Cape Canaveral, Florida.) 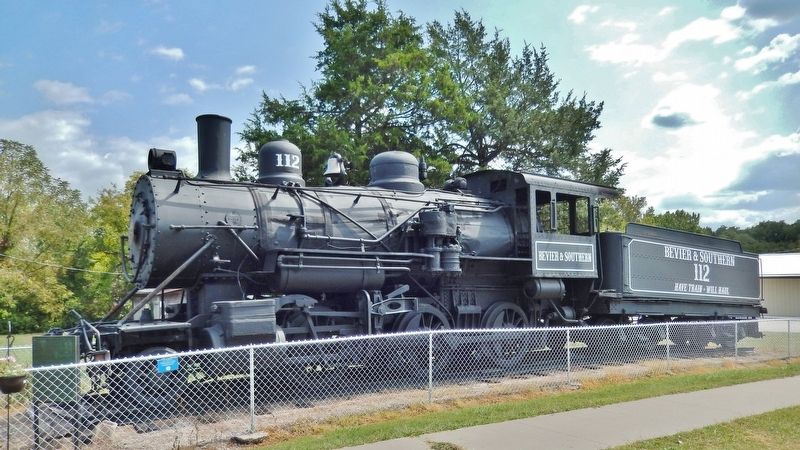 2. Richard Leonard's Steam Locomotive Archive.
This link presents many old photographs of steam locomotives in operation, including two photos of the Bevier & Southern No. 112. (Submitted on April 27, 2018, by Cosmos Mariner of Cape Canaveral, Florida.) 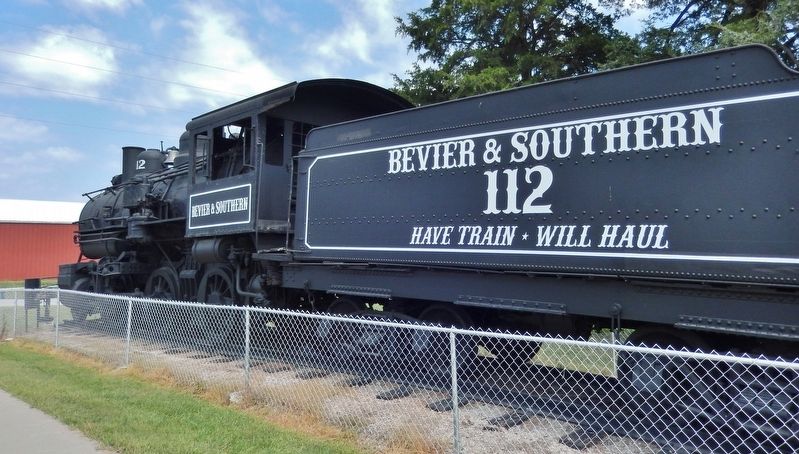