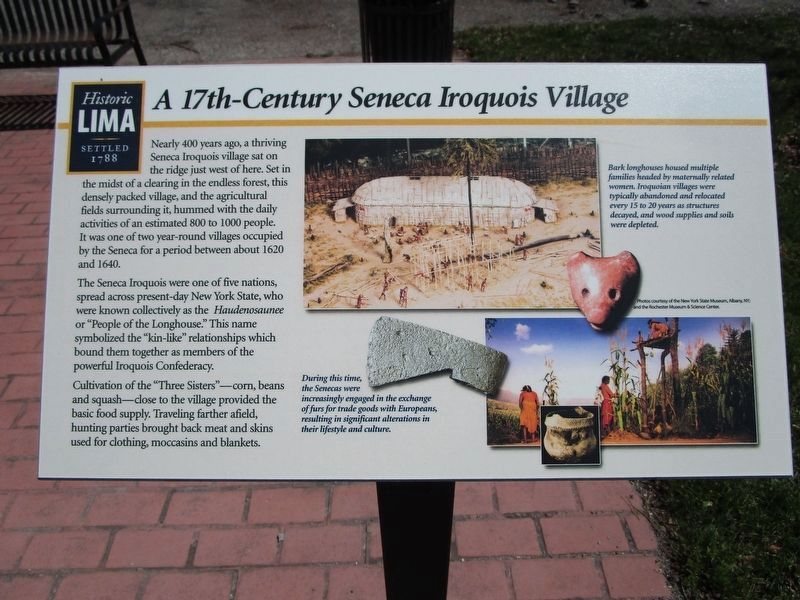 Nearly 400 years ago, a thriving Seneca Iroquois village sat on the ridge just west of here. Set in the midst of a clearing in the endless forest, this densely packed village, and the agricultural fields surrounding it, hummed with the daily activities of an estimated 800 to 1000 people. It was one of two year-round villages occupied by the Seneca for a period between about 1620 and 1640.
Copyright © 2006–2020, Some rights reserved. —