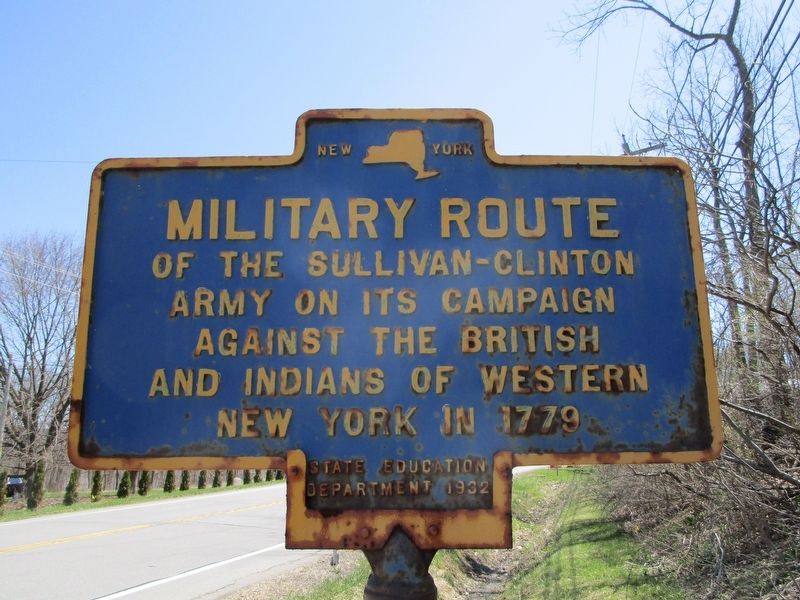 By Anton Schwarzmueller, April 30, 2018
1. Military Route Marker
Inscription.
Military Route. .
Military Route of the Sullivan - Clinton army on its campaign against the British and Indians of western New York in 1779. . . This historical marker was erected in 1932 by New York State Education Department. It is in Conesus in Livingston County New York

Military Route
of the Sullivan - Clinton
army on its campaign
against the British
and Indians of western
New York in 1779.

Topics and series. This historical marker is listed in these topic lists: Native Americans • War, US Revolutionary. In addition, it is included in the The Sullivan-Clinton Expedition Against the Iroquois Indians series list. A significant historical year for this entry is 1779.

Location. 42° 42.898′ N, 77° 42.815′ W. Marker is in Conesus, New York, in Livingston County. Marker is at the intersection of West Lake Road (New York State Route 256) and Sliker Hill Road (County Route 33), on the right when traveling south on West Lake Road. Touch for map. Marker is in this post office area: Conesus NY 14435, United States of America. Touch for directions. 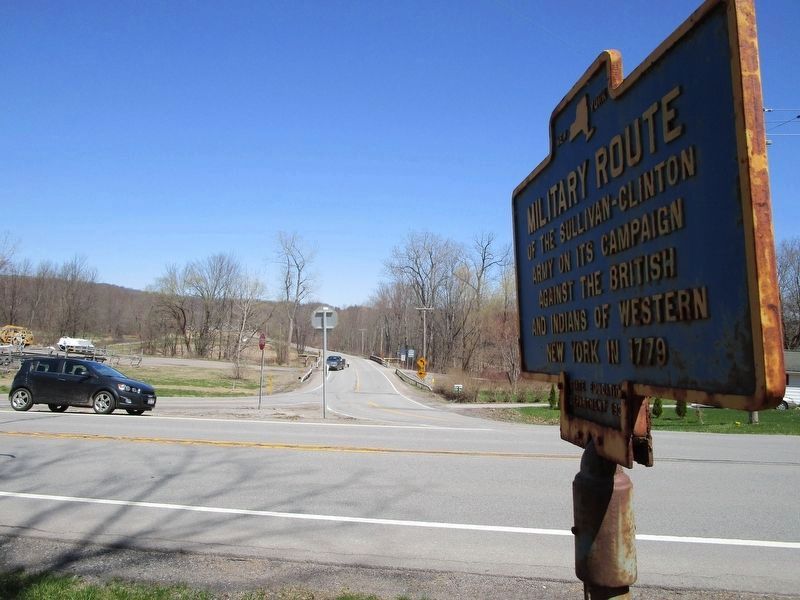