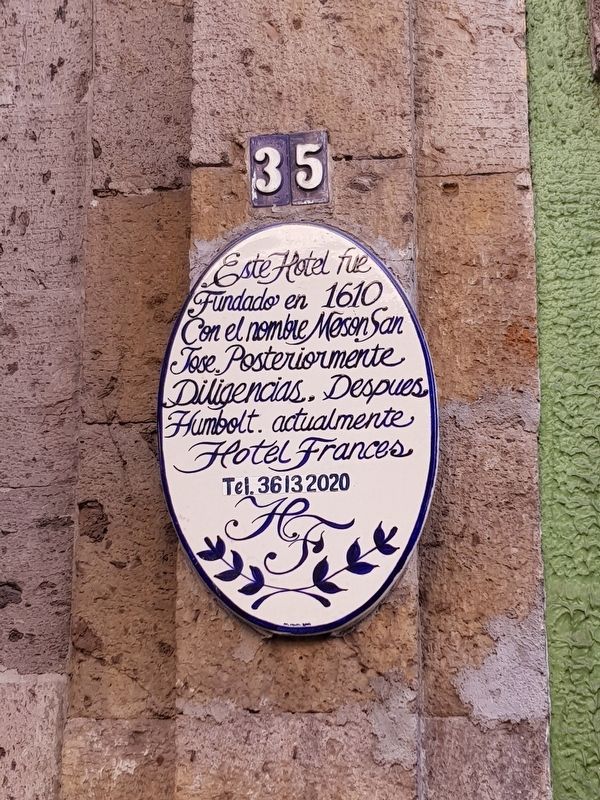 By J. Makali Bruton, April 7, 2018
1. The French Hotel Marker
Inscription.
English translation:
This hotel was founded in 1610 with the name of Mesón San José (Hotel Saint Joseph). Later its name was changed to Diligencias and then to Humbolt. It is now the Hotel Francés (The French Hotel) Tel. 3613-2020 HF. . This historical marker is in Guadalajara in Municipality of Guadalajara Jalisco Mexico