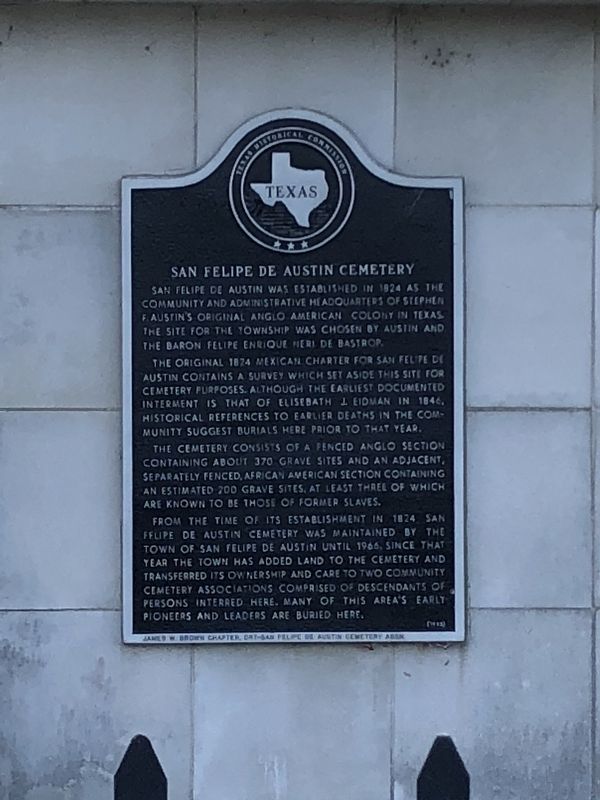 San Felipe de Austin was established in 1824 as the community and administrative headquarters of Stephen F. Austin's original Anglo American colony in Texas. The site for the township was chosen by Austin and the Baron Felipe Enrique Neri de Bastrop.

The original 1824 Mexican charter for San Felipe de Austin contains a survey which set aside this site for cemetery purposes. Although the earliest documented interment is that of Elisebath J. Eidman in 1846, historical references to earlier deaths in the community suggest burials here prior to that year. 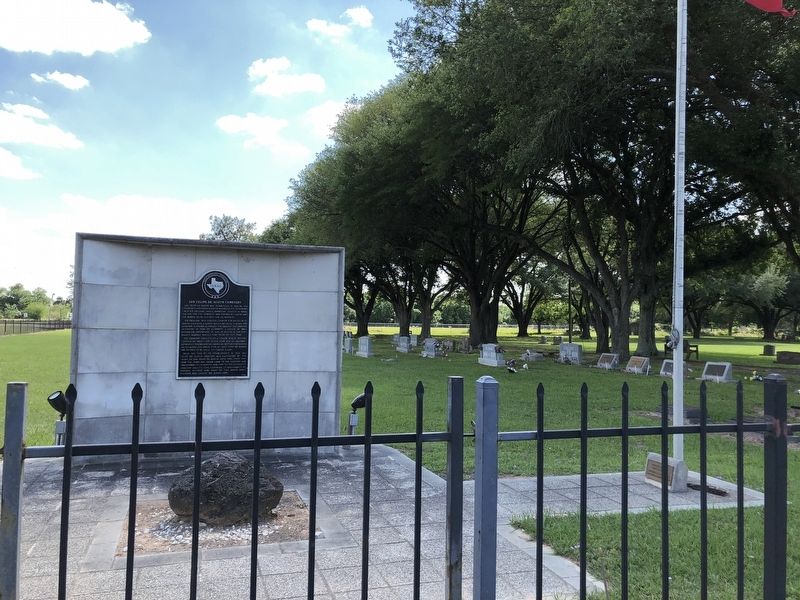