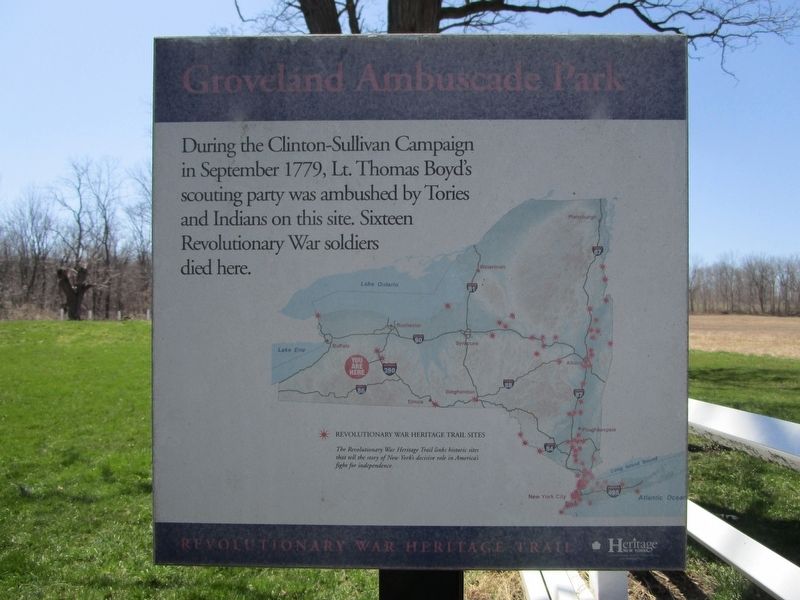 Topics and series. This historical marker is listed in these topic lists: Native Americans • War, US Revolutionary. In addition, it is included in the The Sullivan-Clinton Expedition Against the Iroquois Indians series list.

Location. 42° 43.105′ N, 77° 43.587′ W. Marker is in Groveland, New York, in Livingston County. Marker can be reached from David Gray Hill Road ¾ mile east of Barber Hill Road. There are NYS directional signs at nearby intersections. The town strongly discourages using the steep 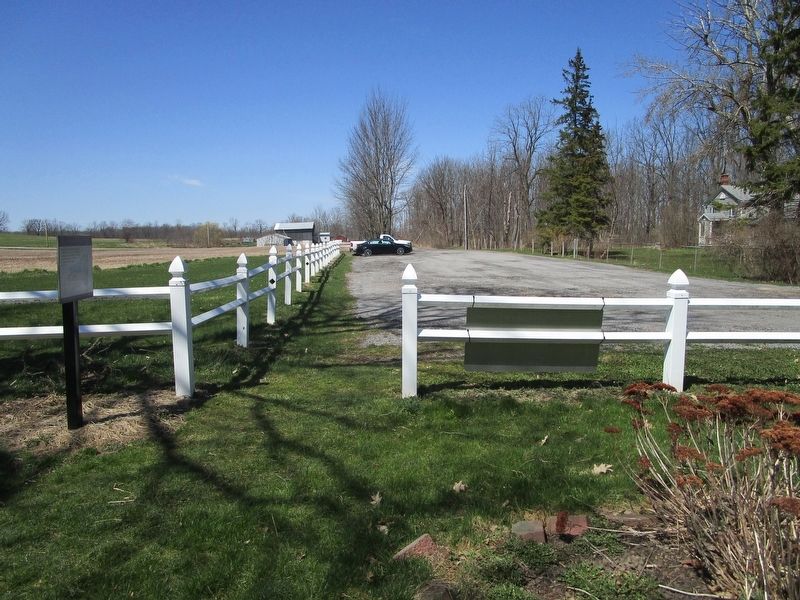 By Anton Schwarzmueller, April 30, 2018
2. Groveland Ambuscade Park Marker
Northward view. Marker at left. This is the parking area at the end of the park road from David Gray Hill Road. The way to walk to the monument begins here.
unpaved portion of David Gray Hill Road, which was closed when I visited. Touch for map. Marker is in this post office area: Geneseo NY 14454, United States of America. Touch for directions. 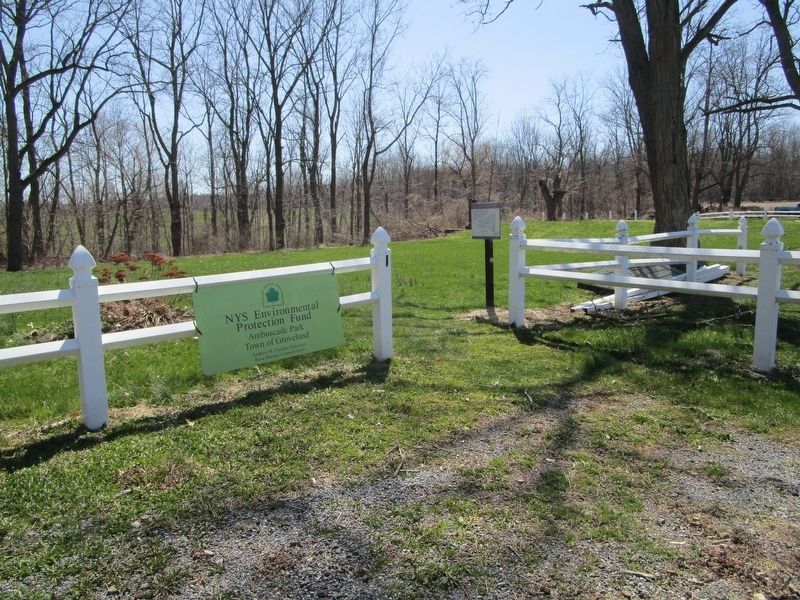