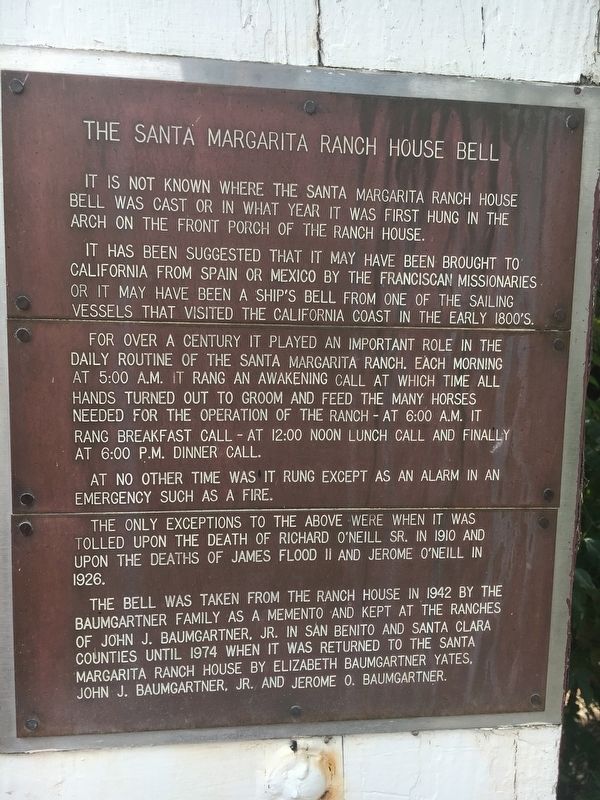 For over a century it played an important role in the daily routine of the Santa Margarita Ranch. Each morning at 5:00 a.m. it rang an awakening call at which time all hands turned out to groom and feed the many horses needed for the operation of the ranch - at 6:00 a.m. it rang breakfast call - at 12:00 noon lunch call and finally at 6:00 p.m. dinner call.

At no other time was it rung except as an alarm in an emergency such as a fire.

The only exceptions to the above were when it tolled upon the death of Richard O'Neill Sr. in 1910 and upon the deaths of James Flood II and Jerome O'Neill in 1926. 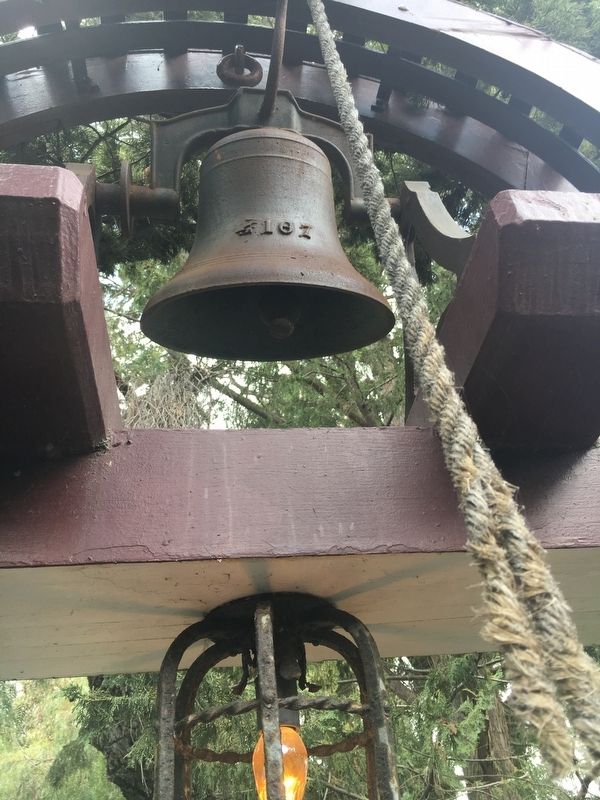 Topics and series. This historical marker is listed in these topic lists: Hispanic Americans • Industry & Commerce. In addition, it is included in the Historic Bells series list. A significant historical year for this entry is 1910.

Location. 33° 18.592′ N, 117° 20.49′ W. Marker is in Camp Pendleton North, California, in San Diego County. Marker can be reached from Vandegrift Boulevard. Touch for map. Marker is in this post office area: Oceanside CA 92058, United States of America. Touch for directions.

More about this marker. This marker is on an active Marine Base. Procedures for arranging a visit if you do not have a Marine sponsor are at the following link: http://www.mccscp.com/baseaccess 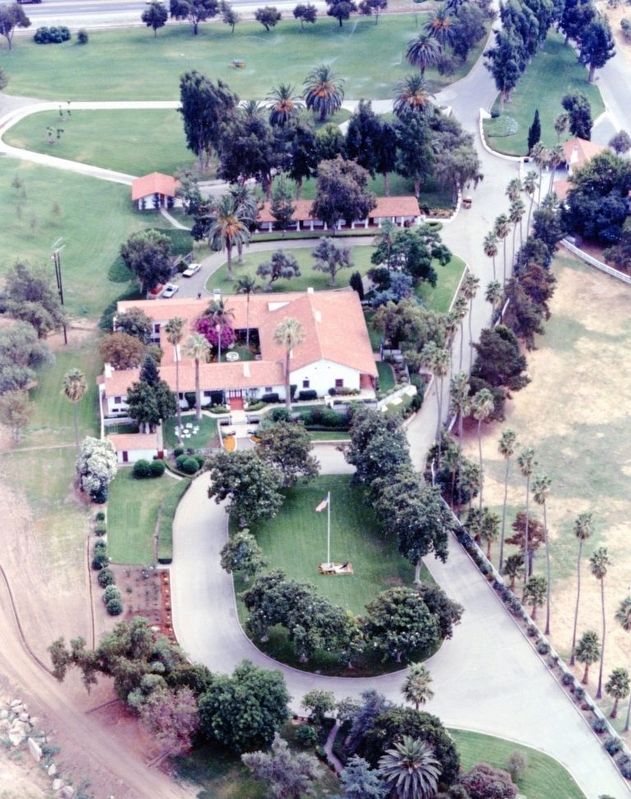