Dedicated to Pioneer Families of Marianna 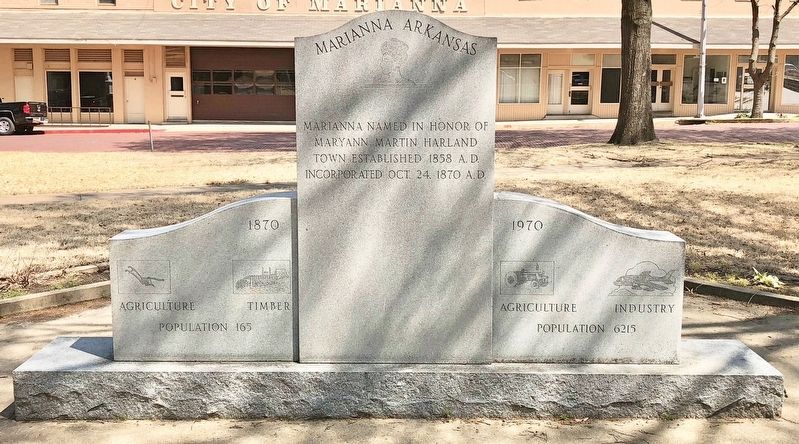 Location. 34° 46.428′ N, 90° 45.433′ W. Marker is in Marianna, Arkansas, in Lee County. Marker can be reached from Court Street north of East Main Street, on the left when traveling north. Located in Court Square. Touch for map. Marker is at or near this postal address: 14 Court Street, Marianna AR 72360, United States of America. Touch for directions. 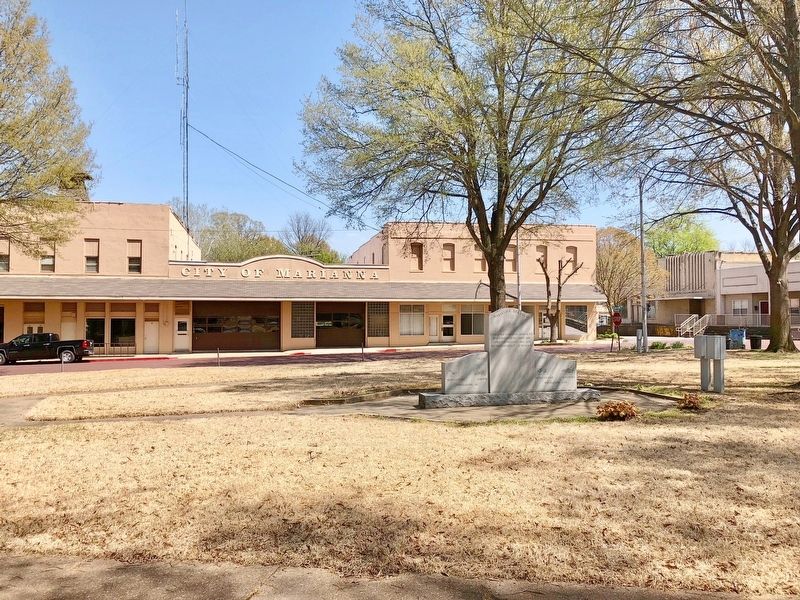 By Mark Hilton, April 10, 2018
2. Marker located Court Square, across from the Lee County Courthouse.
Maryann Martin Harland sold her property for the site of the town and the community was named after her. The first inhabitants of the area were the Indians. Spanish explorer Hernando De Soto may have come to the area in 1541. A century later, the French explorers Father Jacques Marquette and Louis Joliet visited the area. It is the county seat of Lee County, which was founded on April 17, 1873, and was named after Confederate General Robert E. Lee. 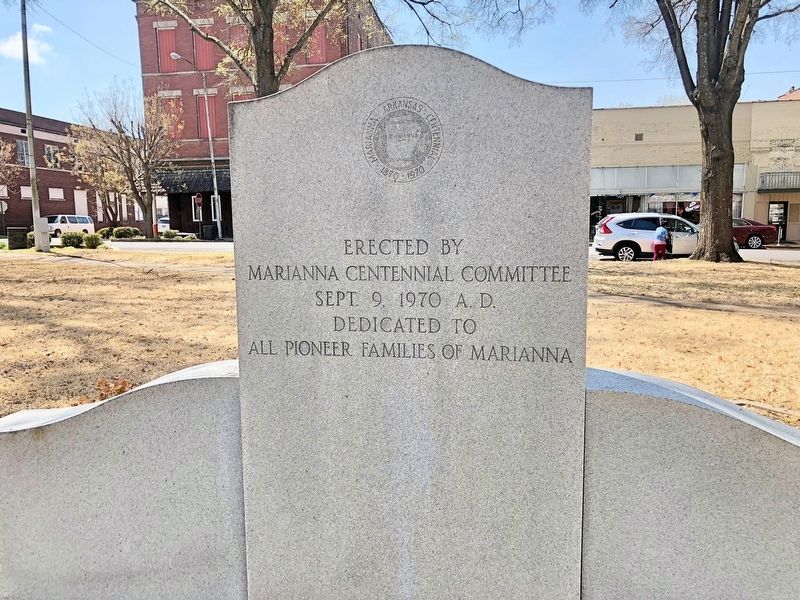