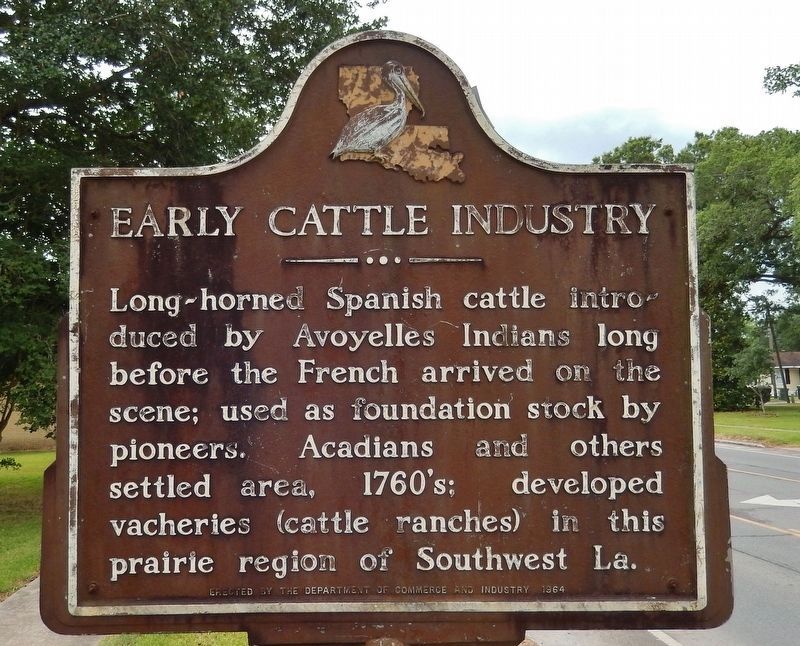 By Cosmos Mariner, May 13, 2018
1. Early Cattle Industry Marker (side one - English)
Inscription.
. This historical marker was erected in 1964 by Louisiana Department of Commerce and Industry. It is in Welsh in Jefferson Davis Parish Louisiana

(side one – English)
Long-horned Spanish cattle introduced by Aroyelles Indians long before the French arrived on the scene; used as foundation stock by pioneers. Acadians and others settled area, 1760’s; developed vacheries (cattle ranches) in this prairie region of Southwest La.