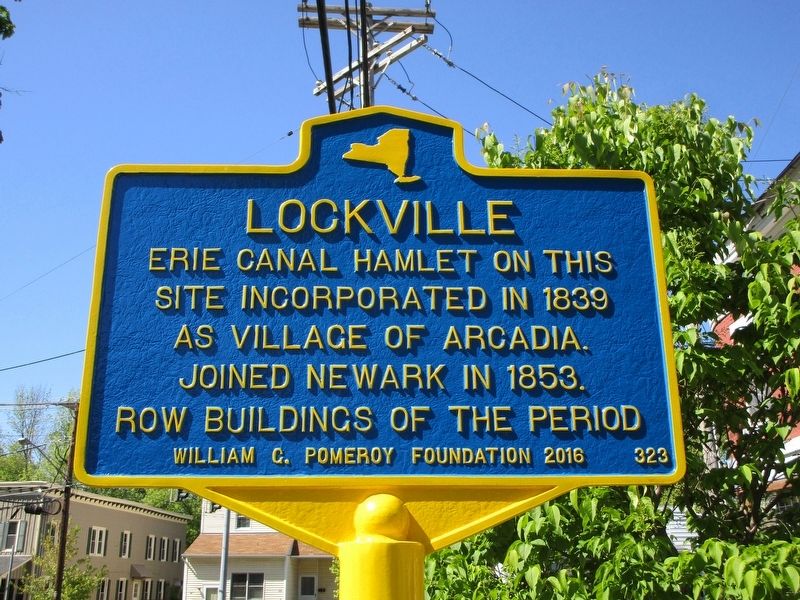 By Anton Schwarzmueller, May 21, 2018
1. Lockville Marker
Inscription.
Lockville. .
Lockville Erie Canal hamlet on this site incorporated in 1839 as village of Arcadia. Joined Newark in 1853. Row buildings of the period. . . This historical marker was erected in 2016 by William G. Pomeroy Foundation. It is in Newark in Wayne County New York

Lockville
Erie Canal hamlet on this
site incorporated in 1839
as village of Arcadia.
Joined Newark in 1853.
Row buildings of the period.

Topics and series. This historical marker is listed in these topic lists: Man-Made Features • Settlements & Settlers • Waterways & Vessels. In addition, it is included in the Erie Canal, and the William G. Pomeroy Foundation series lists.

Location. 43° 2.669′ N, 77° 4.801′ W. Marker is in Newark, New York, in Wayne County. Marker is at the intersection of Vienna Street and East Union Street (New York State Route 31), on the right when traveling north on Vienna Street. Touch for map. Marker is at or near this postal address: 104 Vienna Street, Newark NY 14513, United States of America. Touch for directions.

Other nearby markers. At least 8 other markers are within 3 miles of this marker, measured as the crow flies. The Lockville Locks in Newark (approx. 0.3 miles away); Mora Motor Car (approx. 0.4 miles away); In Memory of Those from This Community 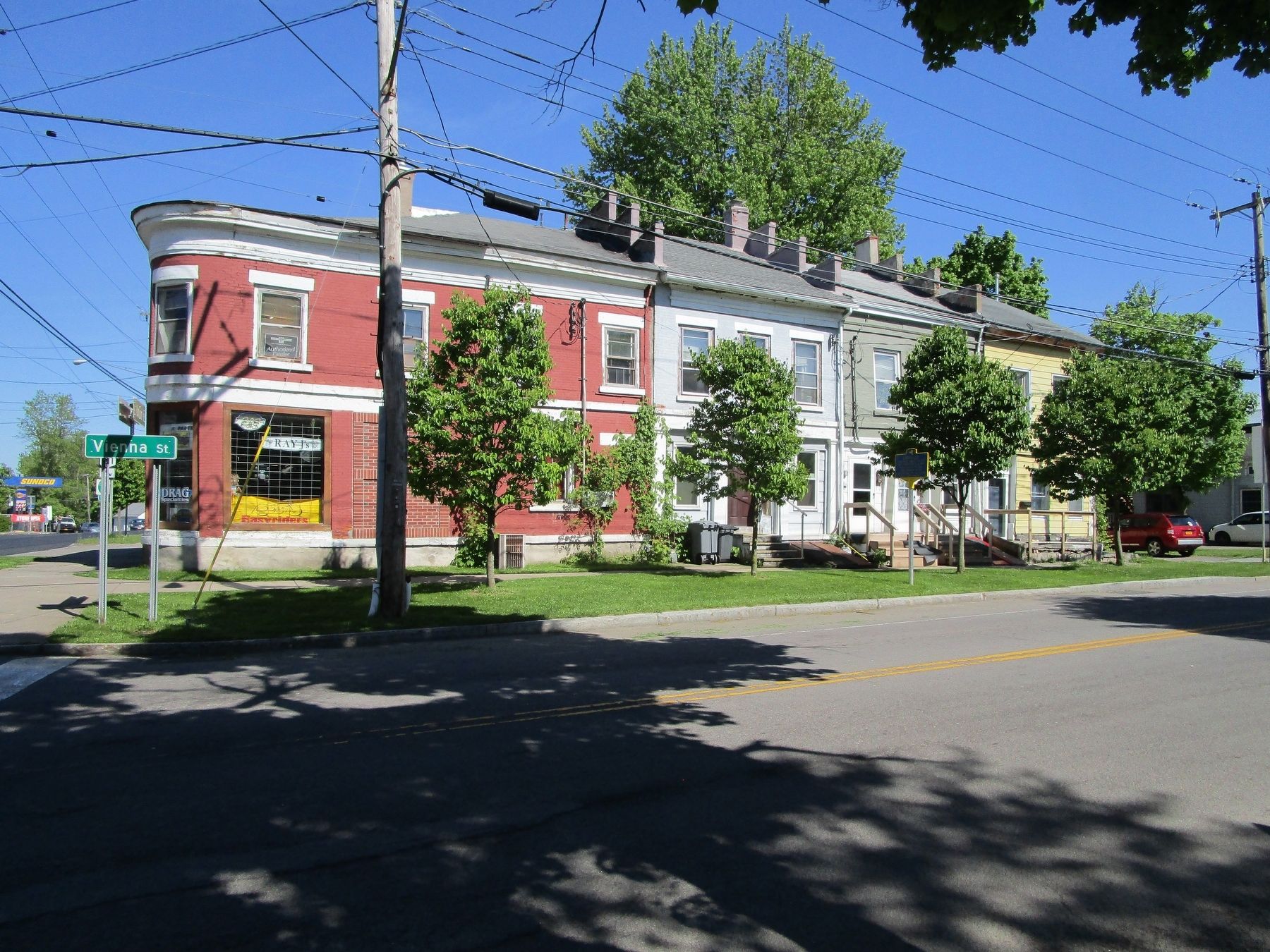