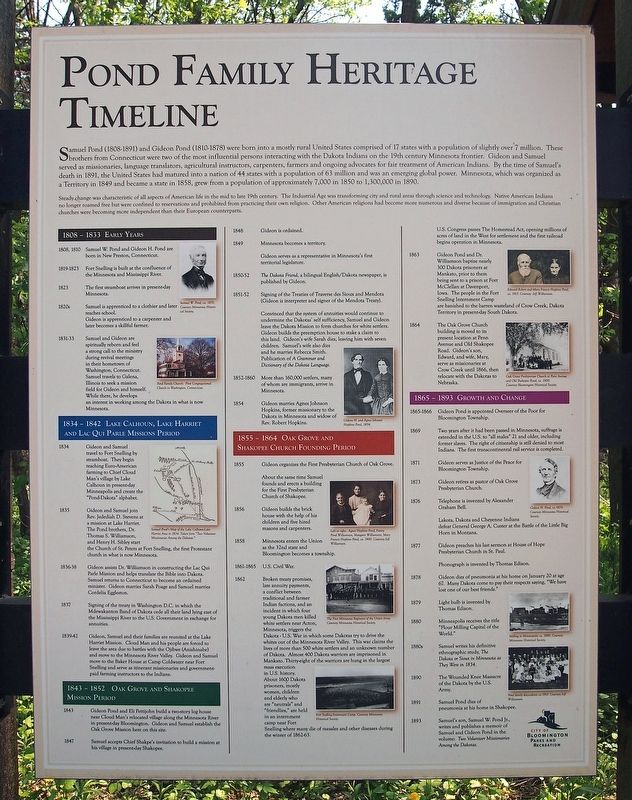 Samuel Pond (1808-1891) and Gideon Pond (1810-1878) were born into a mostly rural United States comprised of 17 states with a population of slightly over 7 million. These brothers from Connecticut were two of the most influential persons interacting with the Dakota Indians on the 19th century Minnesota frontier. Gideon and Samuel served as missionaries, language translators, agricultural instructors, carpenters, farmers and ongoing advocates for fair treatment of American Indians. By the time of Samuel's death in 1891, the United States had matured into a nation of 44 states with a population of 63 million and was an emerging global power. Minnesota, which was organized as a Territory in 1849 and became a state in 1858, grew from a population of approximately 7,000 in in 1850 to 1,300,000 in 1890.

Steady change was characteristic of all aspects of American life in the mid to late 19th century. The Industrial Age was transforming city and rural areas through science and technology. Native American Indians no longer roamed free but were confined to reservations and prohibited from practicing their religion. Other American religions had 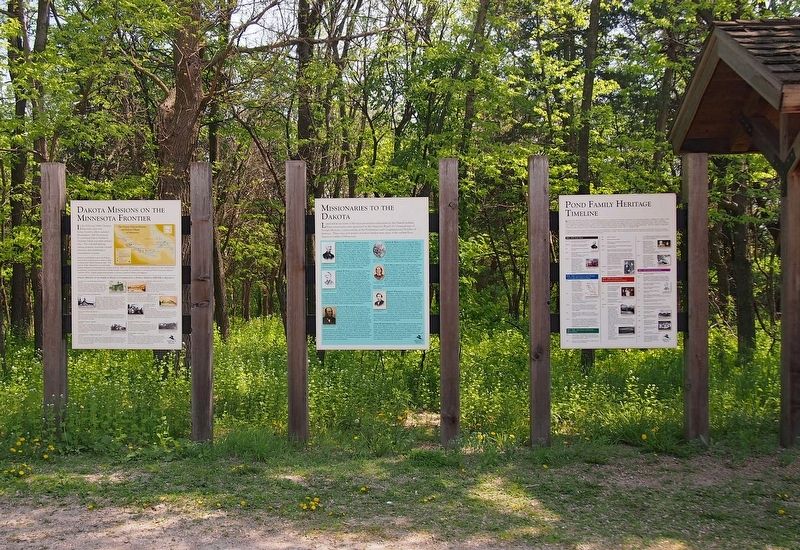 By McGhiever, May 7, 2016
2. Trio of markers on the edge of the parking area
become more numerous and diverse because of immigration and Christian churches were becoming more independent than their European counterparts.

Erected by City of Bloomington Parks and Recreation.