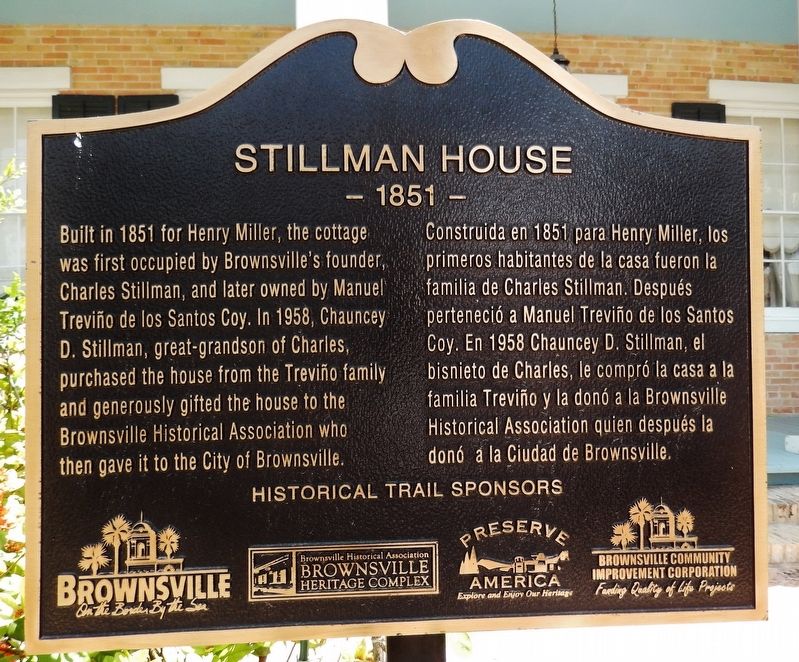 By Cosmos Mariner, May 18, 2018
1. Stillman House Marker
Inscription.
. This historical marker was erected by Brownsville Historical Association. It is in Brownsville in Cameron County Texas

English:
Built in 1851 for Henry Miller, the cottage was first occupied by Brownsville’s founder, Charles Stillman, and later owned by Manuel Treviño de los Santos Coy. In 1958, Chauncey D. Stillman, great-grandson of Charles, purchased the house from the Treviño family and generously gifted the house to the Brownsville Historical Association who then gave it to the City of Brownsville.