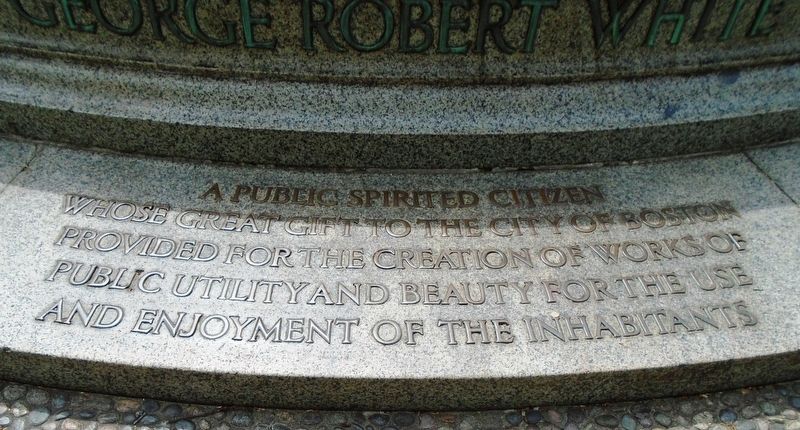 Photographed By William Fischer, Jr., May 18, 2018
1. George Robert White Marker
Inscription.
George Robert White. , A public spirited citizen whose great gift to the City of Boston provided for the creation of works of public utility and beauty for the use and enjoyment of the inhabitants, Cast the bread , upon the waters , for thou shalt find it , after many days , Eccles XI I . This historical marker was erected in 1924. It is in Beacon Hill in Boston in Suffolk County Massachusetts

Location. 42° 21.322′ N, 71° 4.329′ W. Marker is in Boston, Massachusetts, in Suffolk County. It is in Beacon Hill. Marker is at the intersection of Beacon Street and Arlington Street, on the left when traveling west on Beacon Street. Touch for map. Marker is at or near this postal address: Boston Public Garden, Boston MA 02116, United States of America. Touch for directions. 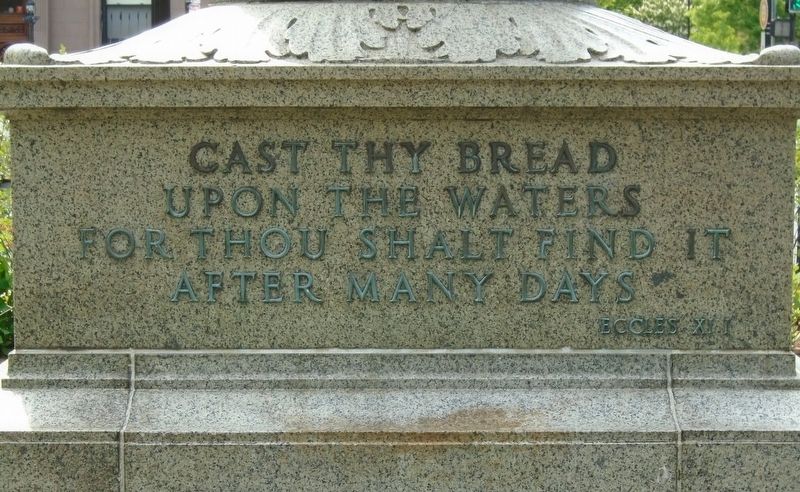 Regarding George Robert White. From the Friends of the Public Garden website: Near the Beacon-Arlington corner stands the beautiful angel monument and fountain honoring George Robert White, one of Boston’s greatest benefactors. When he died in 1922, his will included a charitable trust for public art, with $50,000 set aside for his own memorial. Erected in 1924, the monument is the last of the many collaborations by the sculptor Daniel Chester French and architect Henry Bacon. Symbolizing White’s largesse are the two cornucopias that feed the cobbled granite pool and the graceful bronze angel “casting bread upon the waters.” 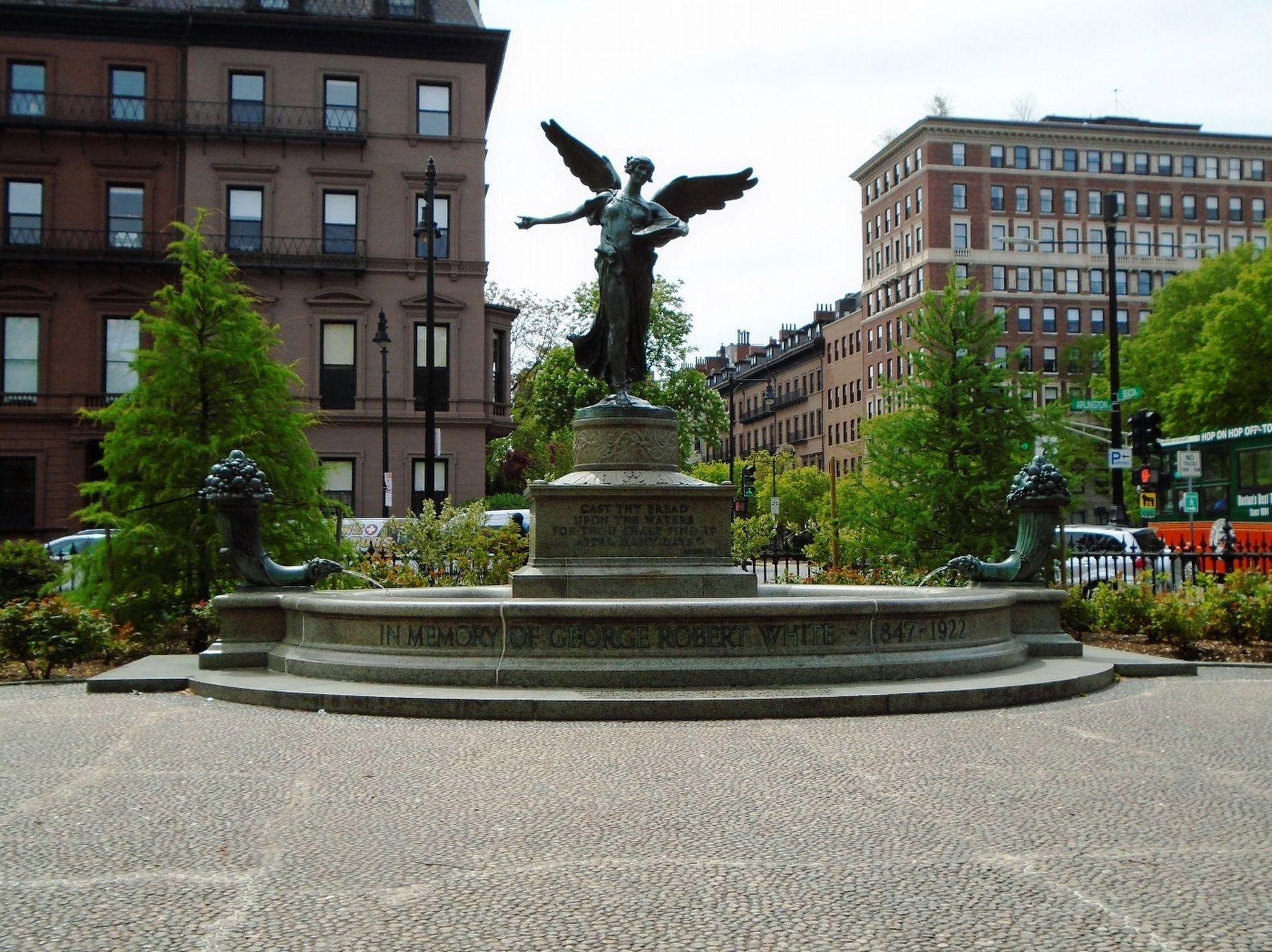 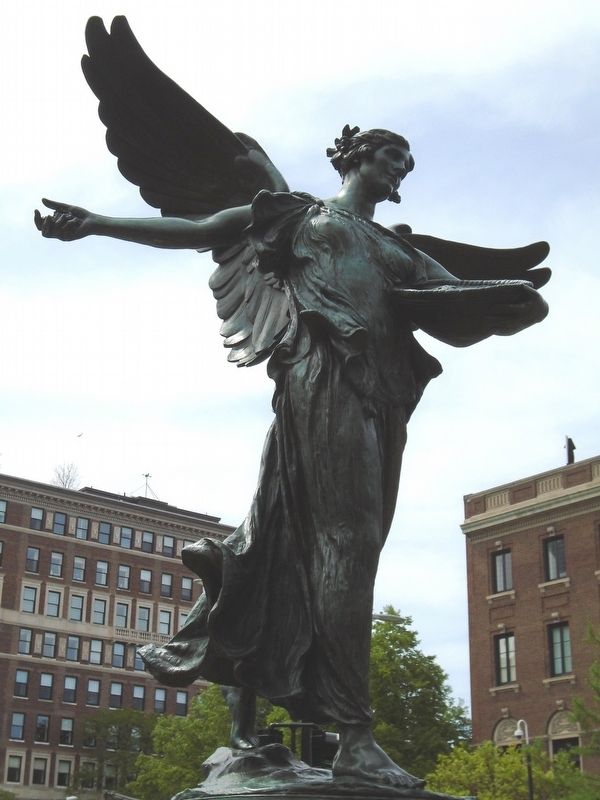 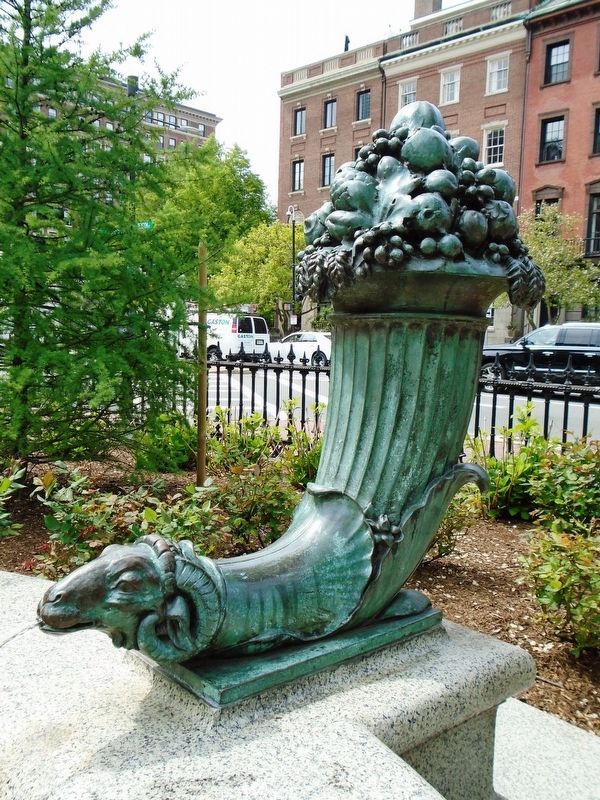