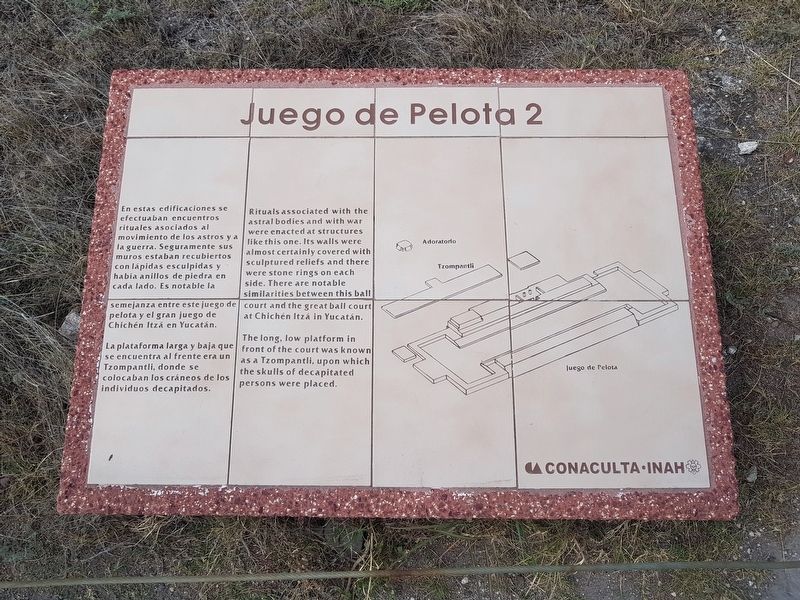 Photographed By J. Makali Bruton, June 2, 2018
1. Ball Court 2 Marker
Inscription.
English: , Ball Court 2 , Rituals associated with the astral bodies and with war were enacted at structures like this one. Its walls were almost certainly covered with sculptured reliefs and there were stone rings on each side. There are notable similarities between this ball court and the great ball court at Chichén Itzá in Yucatán., The long, low platform in front of the court was known as Tzompantli, upon which the skulls of decapitated persons were placed. . This historical marker was erected by CONACULTA y INAH. It is in Tula de Allende Hidalgo Mexico