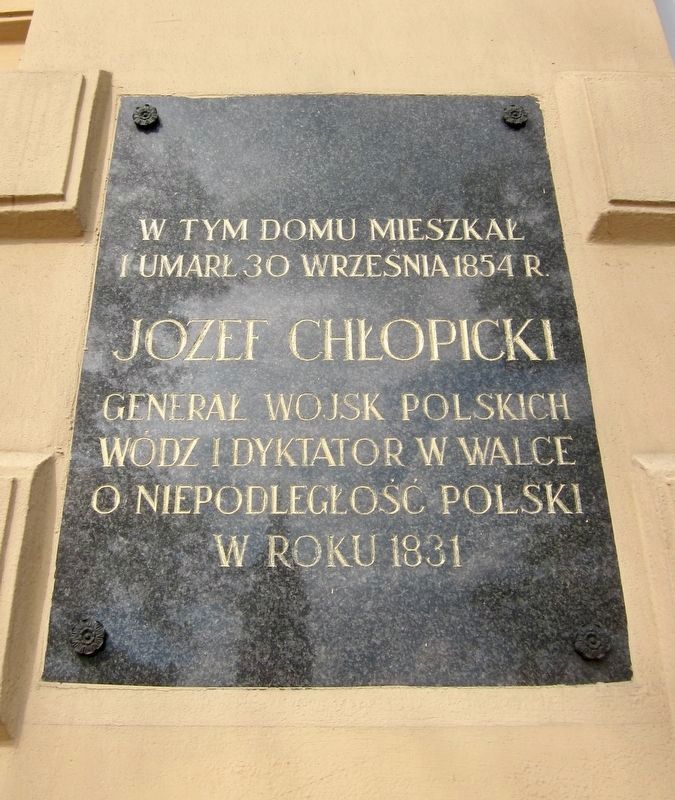 Photographed By Andrew Ruppenstein, May 22, 2018
1. Józef Chłopicki Marker
Inscription.
(English translation:)
In this house lived, and died on September 30, 1854,

General of the Polish Army Leader and dictator in the struggle for Polish independence in 1831 . . This historical marker is in Kraków in Kraków Powiat Lesser Poland Poland