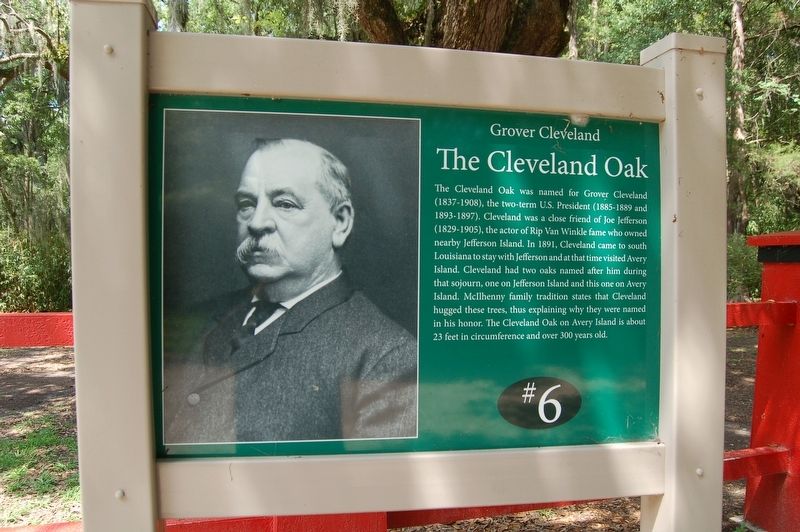 The Cleveland Oak was named for Grover Cleveland (1837-1908), the two-term U.S. President (1885-1889 and 1893-1897). Cleveland was a close friend of Joe Jefferson (1829-1905), the actor of Rip Van Winkle fame who owned nearby Jefferson Island. In 1891, Cleveland came to south Louisiana to stay with Jefferson and at that time visited Avery Island. Cleveland had two oaks named after him during that sojourn, one on Jefferson Island and this one on Avery Island. McIlhenny family tradition states that Cleveland hugged these trees, thus explaining why they were named in his honor. The Cleveland Oak on Avery Island is about 23 feet in circumference and over 300 years old. (Marker Number 6.)

Topics and series. This historical marker is listed in these topic lists: Environment • Horticulture & Forestry. In addition, it is included in the Former U.S. Presidents: #22 and #24 Grover Cleveland, and the Historic Trees series lists. 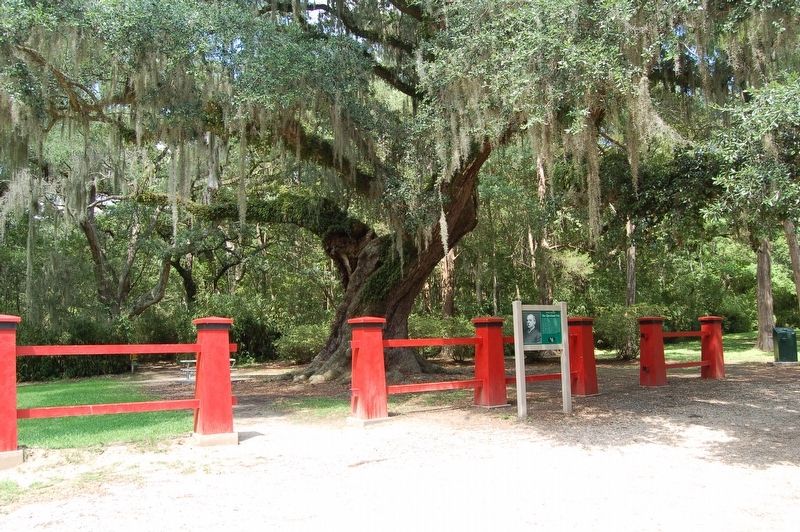