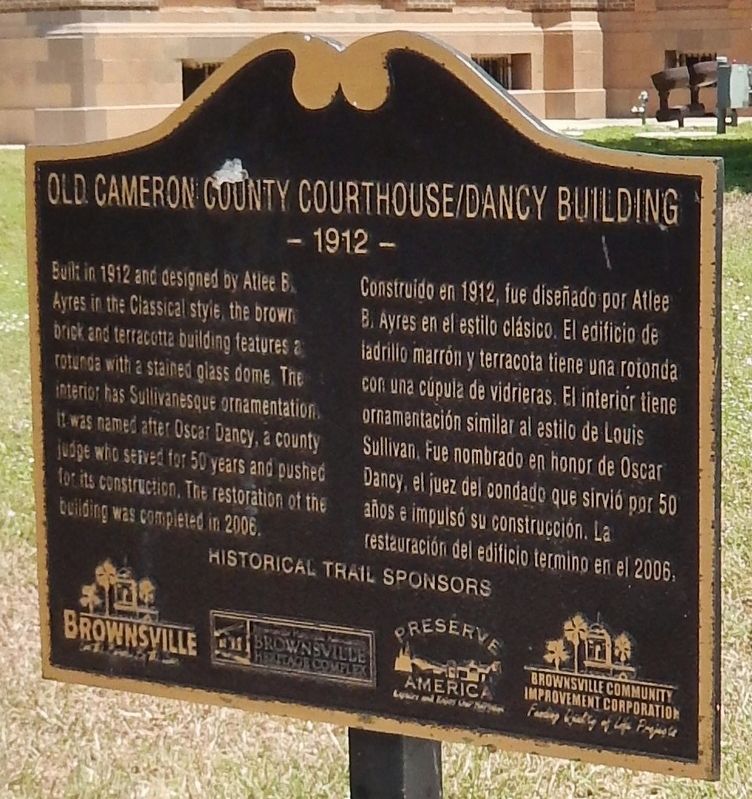 English:
Built in 1912 and designed by Atlee B. Ayres in the Classical style, the brown brick and terracotta building features a rotunda with a stained glass dome. The interior has Sullivanesque ornamentation. It was named after Oscar Dancy, a county judge who served for 50 years and pushed for its construction. The restoration of the building was completed in 2006.