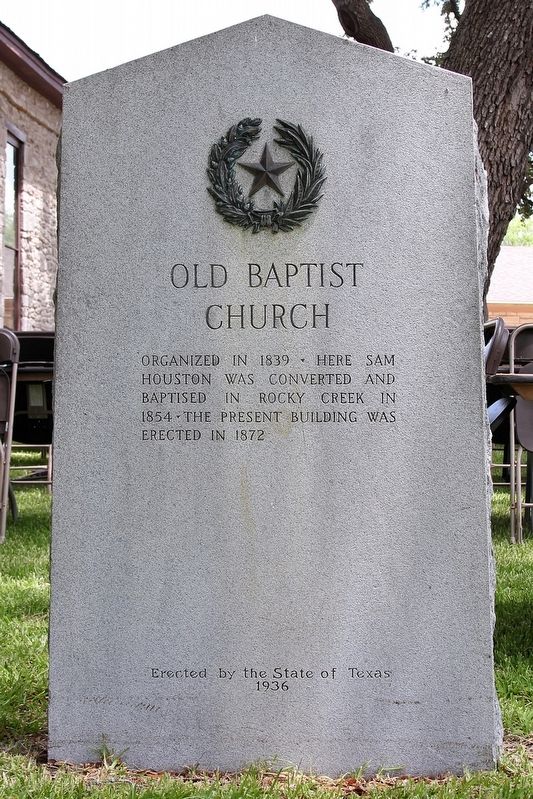 Organized in 1839. Here Sam Houston was converted and baptised in Rocky Creek in 1854. The present building was erected in 1872

Topics and series. This historical marker is listed in this topic list: Churches & Religion. In addition, it is included in the Texas 1936 Centennial Markers and Monuments series list. A significant historical year for this entry is 1839. 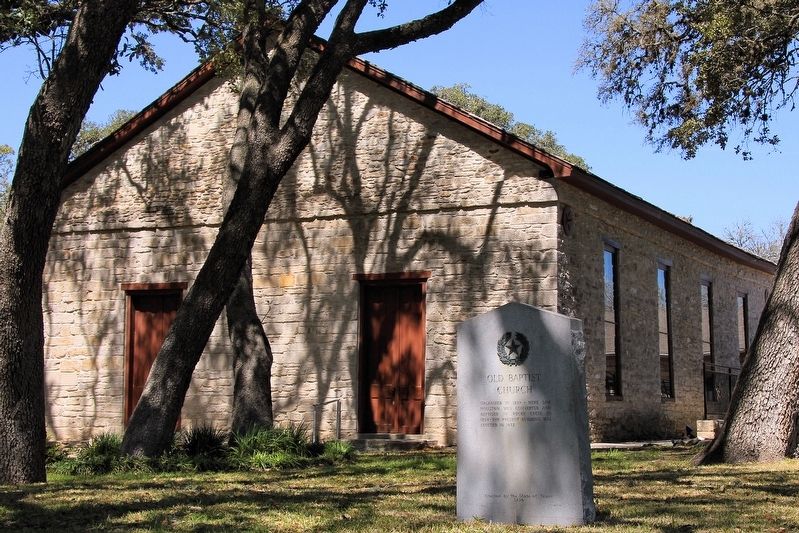