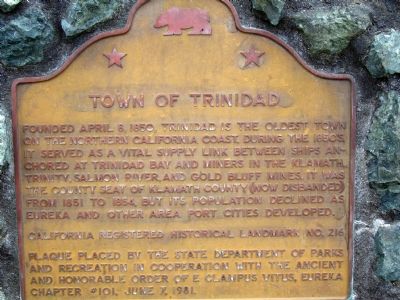 Founded April 8, 1850, Trinidad is the oldest town on the Northern California coast. During the 1850s, it served as a vital supply link between ships anchored at Trinidad Bay and miners in the Klamath, Trinity, Salmon River, and Gold Bluff mines. It was the county seat of Klamath County (now disbanded) from 1851 to 1854, but its population declined as Eureka and other area port cities developed.

Plaque placed by the State Department of Parks and Recreation in cooperation with the Ancient and Honorable Order of E Clampus Vitus, Eureka Chapter #101, June 7, 1981

Erected 1981 by State Department of Parks and Recreation in cooperation with the Ancient and Honorable Order of E Clampus Vitus, Eureka Chapter #101. (Marker Number 216.)

Topics and series. This historical marker is listed in these topic lists: Settlements & Settlers • Waterways & Vessels. In addition, it is included in the California Historical Landmarks, and the E Clampus Vitus series lists. A significant historical date for this entry is April 8, 1940. 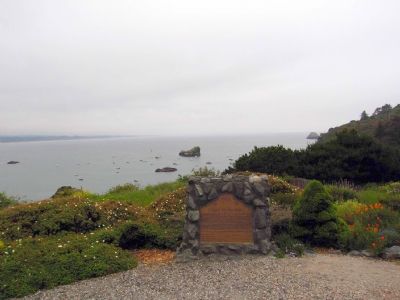 By Karen Key, May 26, 2007
2. Town of Trinidad Marker
Trinidad Harbor in the background. Little dots are anchored boats.

Click or scan to see
this page online
41° 3.499′ N, 124° 8.68′ W. Marker is in Trinidad, California, in Humboldt County. Marker is at the intersection of Edwards Street and Hector Street, on the left when traveling north on Edwards Street. Touch for map. Marker is in this post office area: Trinidad CA 95570, United States of America. Touch for directions.

Other nearby markers. At least 5 other markers are within 5 miles of this marker, measured as the crow flies. Holy Trinity Church (about 300 feet away, measured in a direct line); Tsurai (about 700 feet away); A New Home! (approx. ¼ mile away); Spain Claims Northern California (approx. half a mile away); William Z. Hegy (approx. 4.6 miles away). Touch for a list and map of all markers in Trinidad. 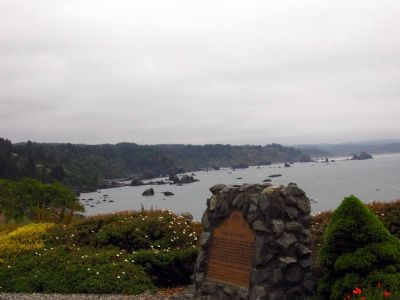 By Karen Key, May 26, 2007
3. Town of Trinidad Marker
Looking south, which sea stacks in the background. 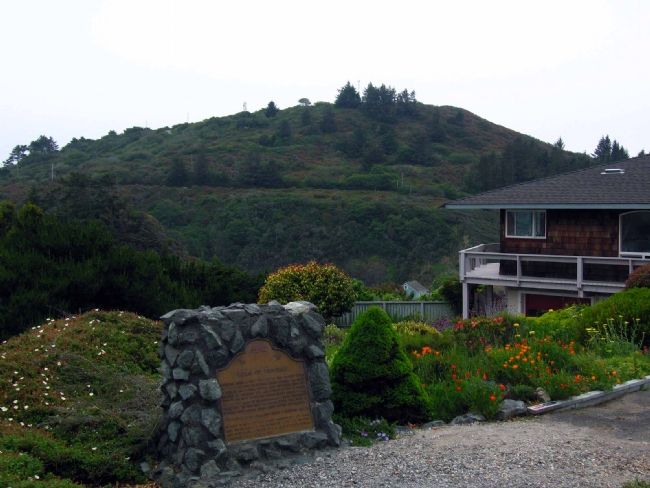