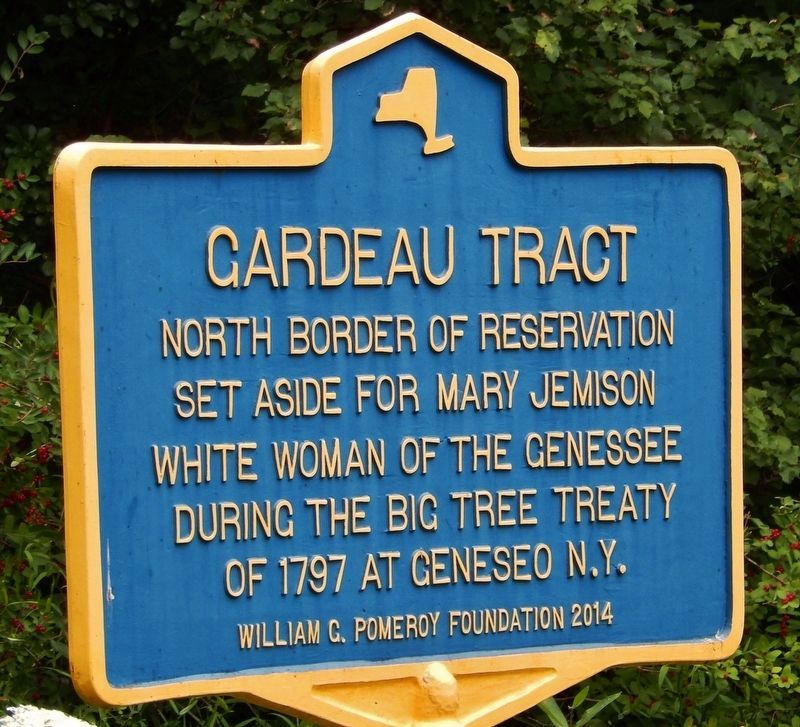 By Cosmos Mariner, July 17, 2017
1. Gardeau Tract (North Border) Marker
Inscription.
Gardeau Tract. North Border.
North border of reservation set aside for Mary Jemison White Woman of the Genessee during the Big Tree Treaty of 1797 at Geneseo N.Y. William G. Pomeroy Foundation 2014 . . This historical marker was erected in 2014. It is Near Perry in Wyoming County New York

North border of reservation
set aside for Mary Jemison
White Woman of the Genessee
during the Big Tree Treaty
of 1797 at Geneseo N.Y.
William G. Pomeroy Foundation 2014

Topics and series. This historical marker is listed in these topic lists: Native Americans • Women. In addition, it is included in the Mary Jemison - White Woman of the Genessee, and the William G. Pomeroy Foundation series lists.

Location. 42° 41.153′ N, 77° 57.825′ W. Marker is near Perry, New York, in Wyoming County. Marker is on Letchworth Park Road 0.9 miles south of Schenck Road (County Route 18), on the left when traveling south. Marker is located inside Letchworth State Park, south of the Perry entrance from Schenck Road. Touch for map. Marker is in this post office area: Perry NY 14530, United States of America. Touch for directions.

Other nearby markers. At least 8 other markers are within 5 miles of this marker, measured as the crow flies. Former Site of Gibsonville (approx. 1.7 miles away); Andrus Mill Pond (approx. 3 miles away); Richmond-Andrus Mill Site 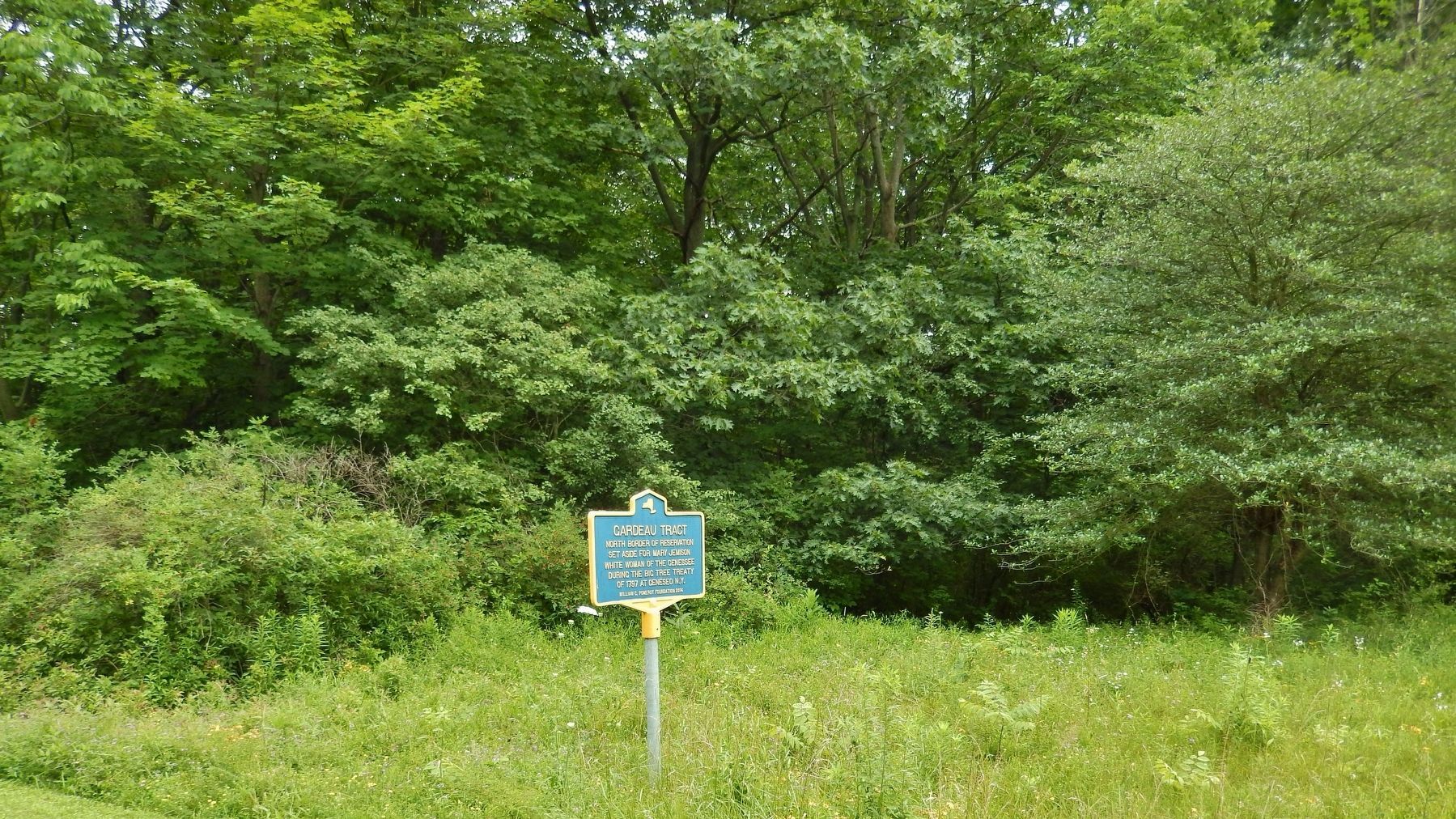 Related markers. Click here for a list of markers that are related to this marker. Gardeau Tract

Also see . . .
1. The Gardeau Grant of 1797. At the Big Treaty of 1797, the Seneca People reserved the lands that would be known as the Gardeau Reservation. After the Treaty, while the Council Fire still burned, they issued a grant of land to Mary Jemison who lived with her family at Gardeau. (Submitted on June 15, 2018, by Cosmos Mariner of Cape Canaveral, Florida.)

2. Mary Jemison, or Dehgewanus, "The White Woman of the Genesee". In the fall of 1743, somewhere on the stormy Atlantic, a child was born to Thomas and Jane Jemison aboard the ship William and Mary. The little baby girl was named Mary, and although she was not aware of it, she was joining her parents and brothers and sisters on a voyage to the New World. In the spring of 1758 a raiding party of Shawnee warriors captured Mary. Later, Mary was purchased by a party of Senecas who loaded her in a canoe and headed down the Ohio. In 1823 the Senecas gave up the Gardeau lands, reserving two square miles for Dehgewanus' use. She sold the title to the lands in 1831 and moved to the Buffalo Creek Reservation. (Submitted on June 15, 2018, by Cosmos Mariner of Cape Canaveral, Florida.)