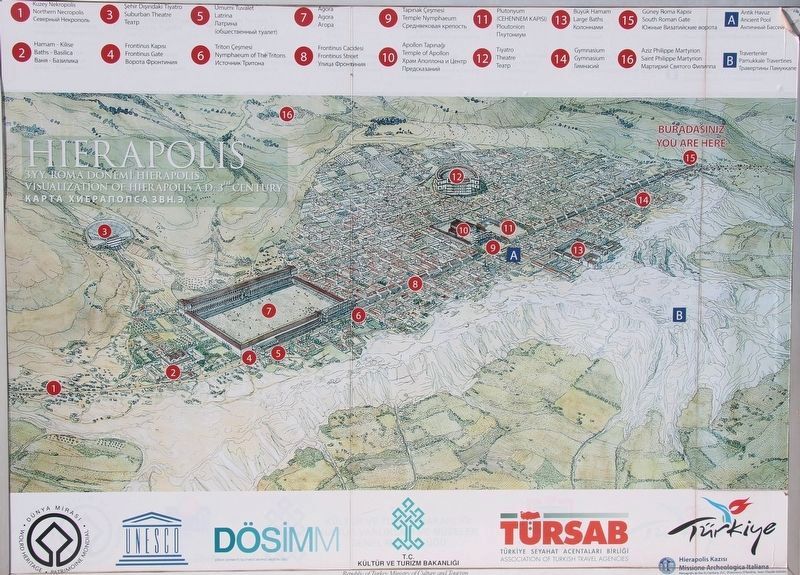 (6) Nymphaeum of the Tritons 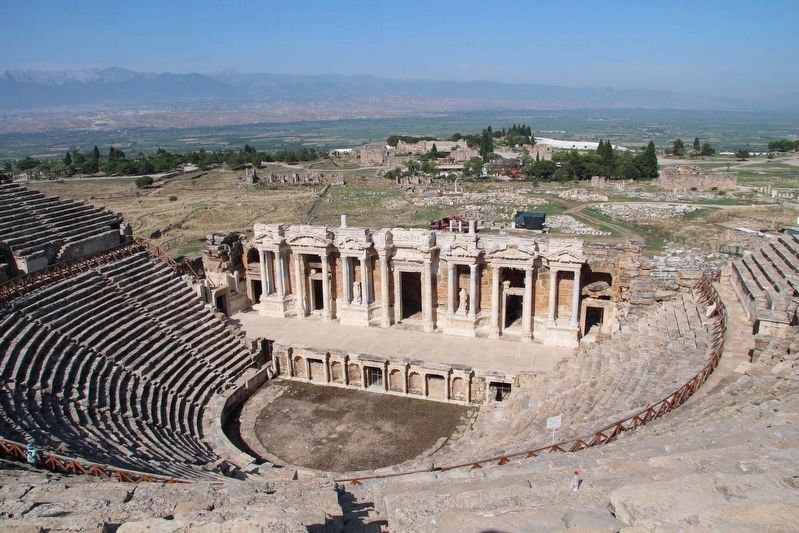 By Dale K. Benington, June 15, 2018
2. Hierapolis Theatre
View of the Hierapolis Theatre, which is #12 on the marker's list.
in Merkez (District). Marker can be reached from Pamukkale just north of Yeniköy Yolu, on the right when traveling south. This marker is located on the grounds of the archaeological park's, south gate, visitor center. Touch for map. Marker is at or near this postal address: 20190 Pamukkale/Denizli, Pamukkale, Denizli 20190, Turkey. Touch for directions.

Regarding Hierapolis. This marker provides a map that shows an illustration of the layout of the roads and major features of the ancient Greek/Roman/Byzantine city of Hierapolis. The map focuses in on the appearance of the city in the 3rd century A.D. 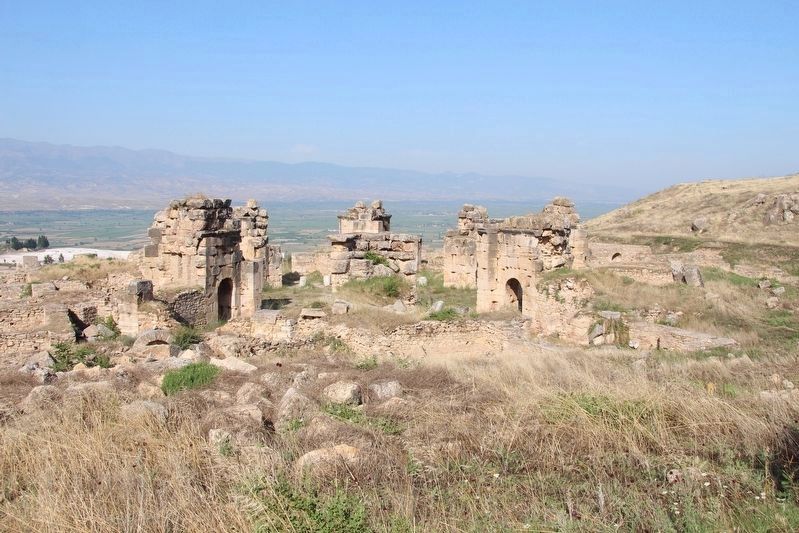 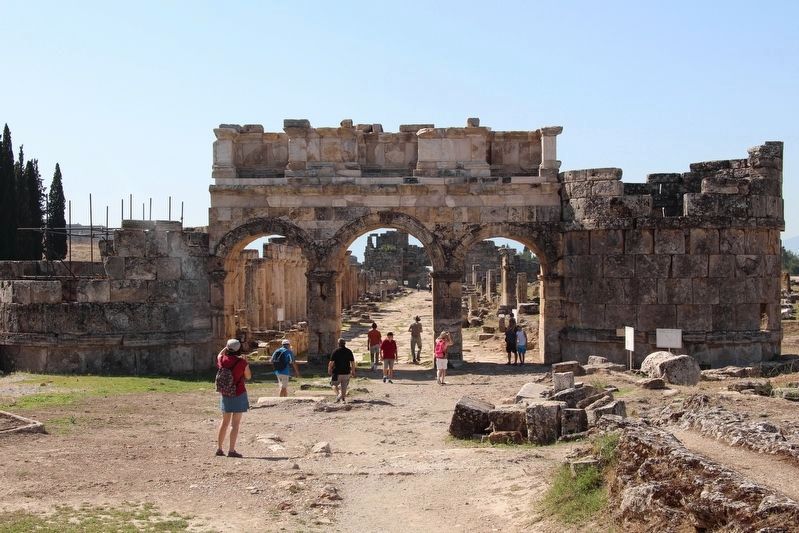 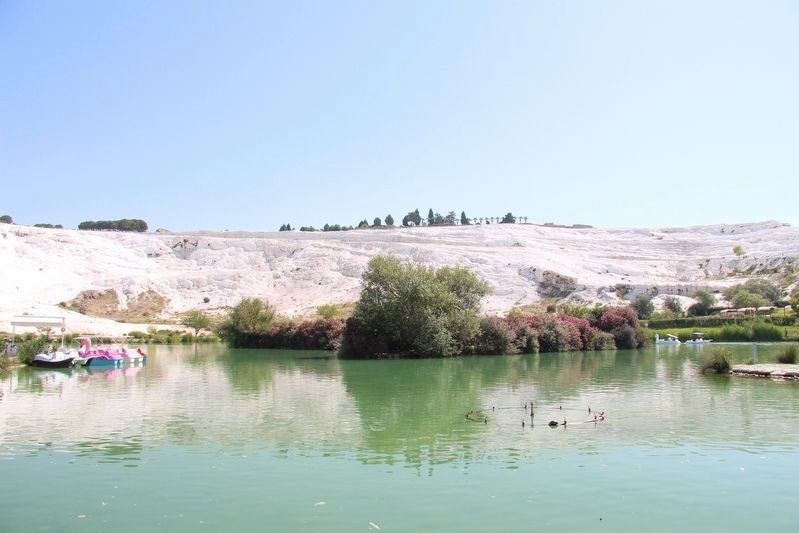 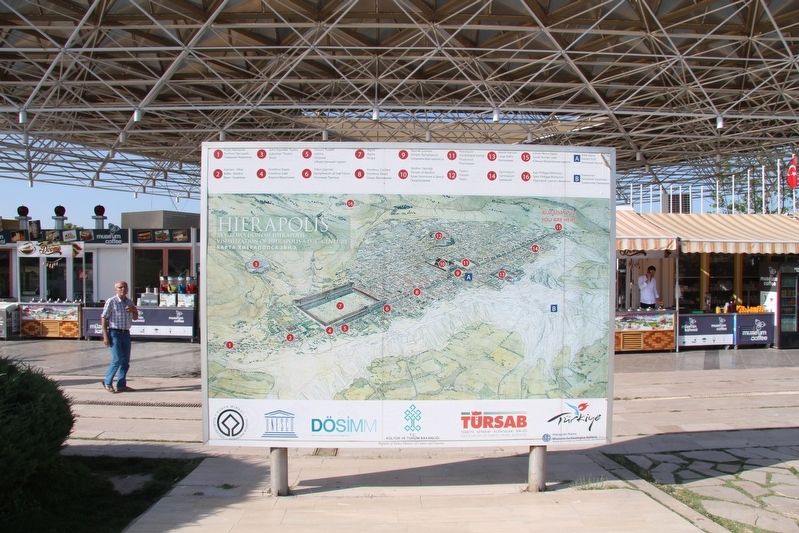