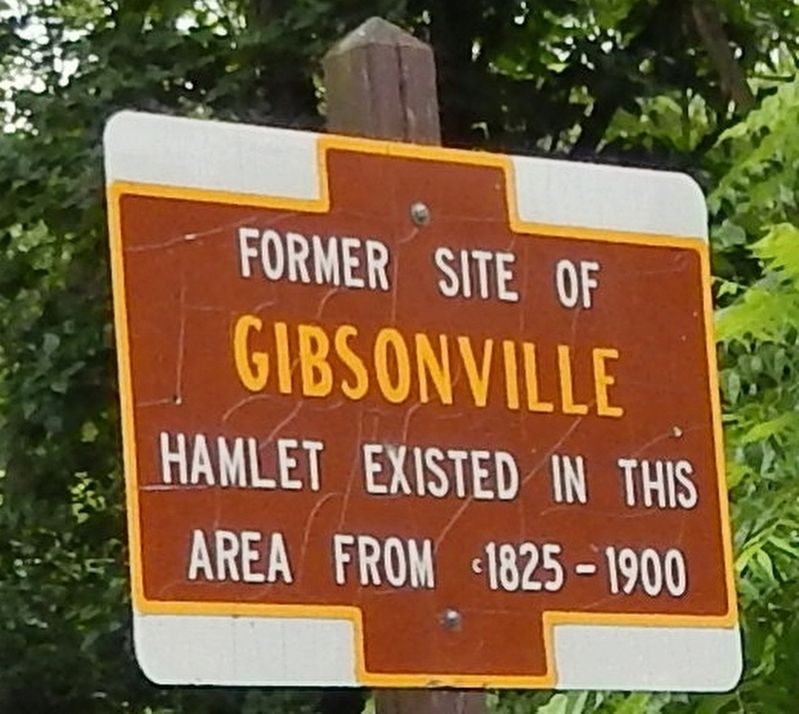 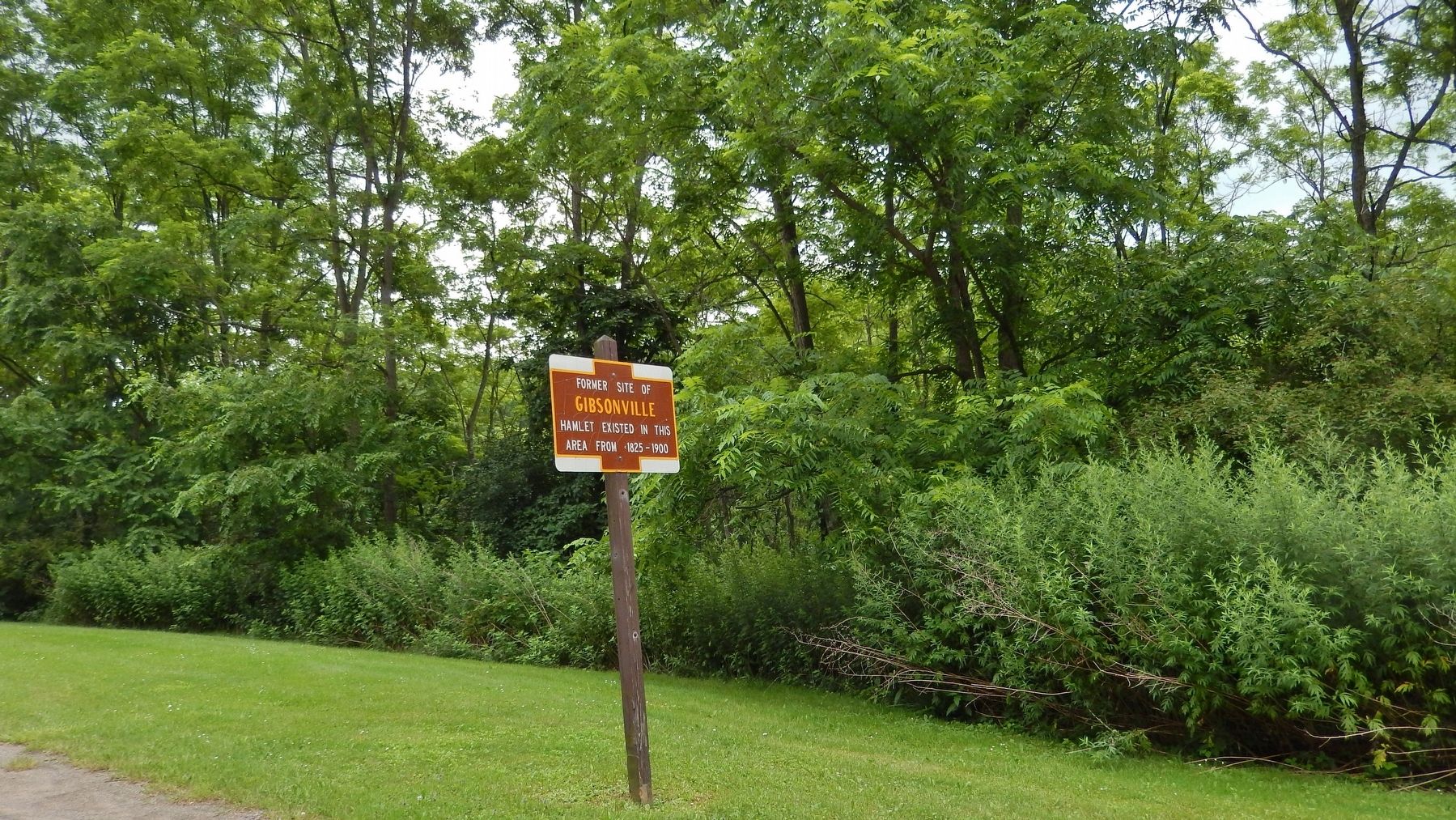 Also see . . .
1. Gibsonville. The small pioneer village of Gibsonville, first settled in 1792 by Ebenezer “Indian” Allen, who built a sawmill along the Silver Lake Outlet just to northeast of this marker. At its peak, Gibsonville was home to 16 houses, a general store, post office, shoemaker mill, blacksmith and a primary school. From 1933 to 1941 the Civilian Conservation Corps (CCC) had a worker camp here. Many of the ruins one can find today are from the CCC camp. (Submitted on June 15, 2018, by Cosmos Mariner of Cape Canaveral, Florida.)

2. Gibsonville Trail. Trail #19 at Letchworth is known as the Gibsonville Trail because it winds in the area where the small hamlet of Gibsonville once stood. This trail features an old CCC camp from the 1940s, which includes the remains of an old well as well as the fireplace remains of the Officer's Quarters. (Submitted on June 15, 2018, by Cosmos Mariner of Cape Canaveral, Florida.)

3. Gibsonville. In the 1840's the grist mill was converted to a paper mill which made fine paper using remnant rags from the Perry knitting mills. The mill burned in l894 and was not rebuilt. The village gradually faded from the records and was finally gone by the time the land was acquired as part of the park. In 1933 the area was occupied by a CCC Camp with numerous buildings to house the corps members. The landscape was changed markedly by road and bridge construction and today the remaining evidence of Gibsonville is the chimney of the CCC dining hall and, a short distance south, one remaining residence that houses the Camping Area Caretaker at the Perry Entrance. (Submitted on June 15, 2018, by Cosmos Mariner of Cape Canaveral, Florida.)