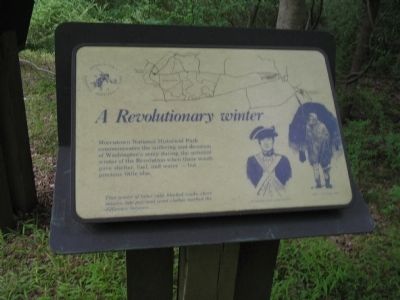 Morristown National Historical Park commemorates the suffering and devotion of Washington’s army during the severest winter of the Revolution when these woods gave shelter, fuel, and water – but precious little else.

That winter of bitter cold, blocked roads, short rations, late pay, and scant clothes marked the difference between … the regulation soldier that is familiar and the actual cold, hungry soldier.

Location. 40° 44.638′ N, 74° 33.837′ W. Marker is near Bernardsville, New Jersey, in Somerset County. Marker can be reached from Jockey Hollow Road, on the left when traveling south. Marker is in the New Jersey Brigade Unit of the Morristown National Historical Park, along a hiking trail. Touch for map. Marker is in this post office area: Bernardsville NJ 07924, United States of America. Touch for directions.

Other nearby markers. At least 8 other markers are within 2 miles of this marker, measured as the crow flies. The New Jersey Brigade (here, next to this marker); A Warm Fire 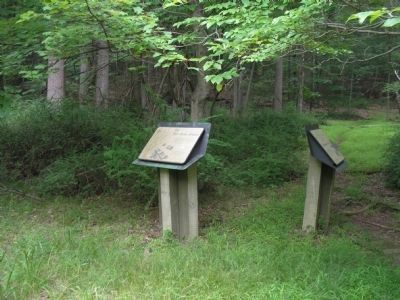 Click or scan to see
this page online
(within shouting distance of this marker); A Trash Pit (about 300 feet away, measured in a direct line); RHIP (about 400 feet away); A Haven From Everyday Life (approx. ¼ mile away); New Jersey 7th Brigade (approx. 0.3 miles away); William Childs (approx. 1.4 miles away); “George” 2001 (approx. 1½ miles away). Touch for a list and map of all markers in Bernardsville.

More about this marker. The top of the marker contains a map of Morristown National Historical Park. The bottom of the marker features pictures of a Continental Soldier in a regulation uniform and another in whatever clothing he could improvise to protect himself from the bitter winter at Morristown. 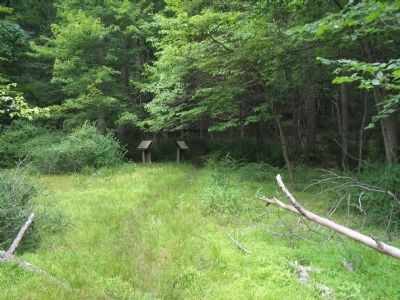 Photographed By Bill Coughlin, July 9, 2008
3. Markers on Morristown Walking Trail
The New Jersey Brigade Trail passes the remains of the 1779-80 campsite of the Continental troops from New Jersey. 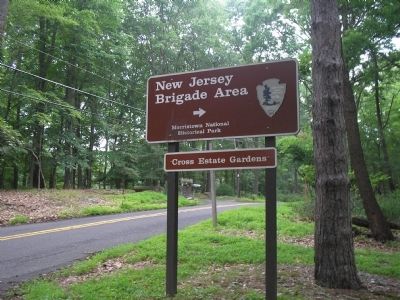