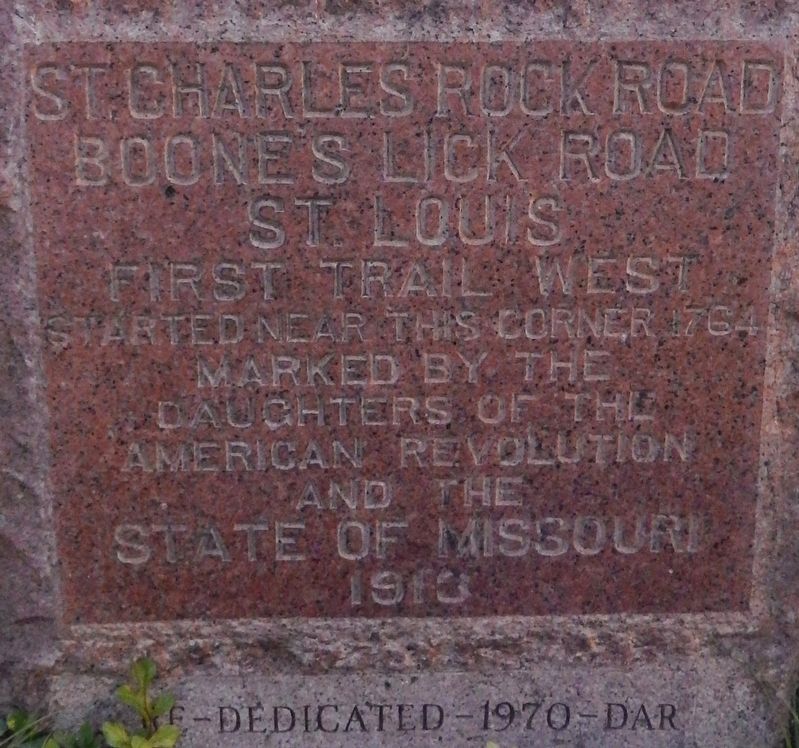 By Cosmos Mariner, September 11, 2017
1. St. Charles Rock Road Marker
Inscription.
St. Charles Rock Road. Boone's Lick Road.
First Trail West Started near this corner 1764. . This historical marker was erected in 1913 by Daughters of the American Revolution and the State of Missouri; Rededicated 1970 by the DAR. It is in Downtown in St. Louis Missouri

Erected 1913 by Daughters of the American Revolution and the State of Missouri; Rededicated 1970 by the DAR.

Topics and series. This historical marker is listed in these topic lists: Colonial Era • Roads & Vehicles. In addition, it is included in the Daughters of the American Revolution series list.

Location. 38° 37.562′ N, 90° 11.397′ W. Marker is in Downtown in St. Louis, Missouri. Marker is on North Broadway south of Chestnut Street, on the right when traveling south. Marker is located beside the sidewalk, near the northeast corner of Kiener Plaza Park. Touch for map. Marker is at or near this postal address: 500 Chestnut Street, Saint Louis MO 63101, United States of America. Touch for directions. 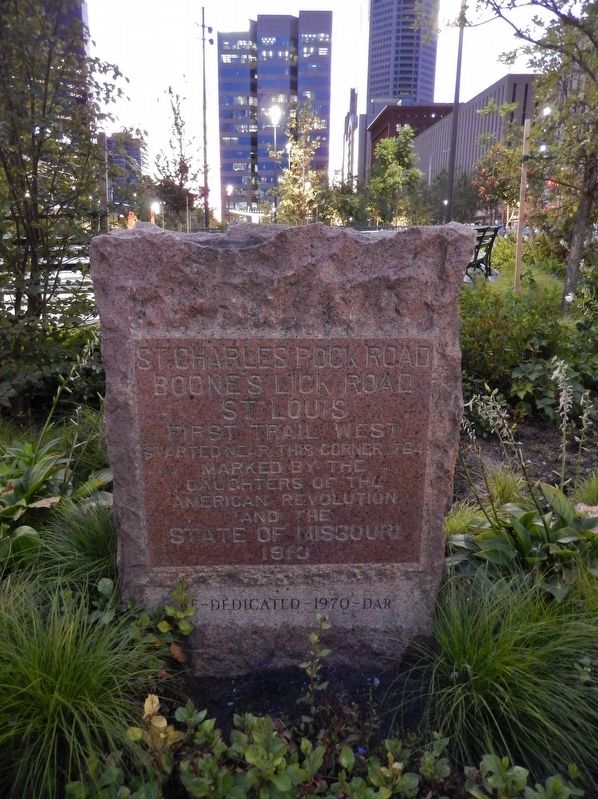 Also see . . .
1. Boone's Lick Road. The Boone’s Lick Road, dating to the early 1800s, stretches across present St. Charles, Warren, Montgomery, Callaway, Boone and Howard counties of eastern and central Missouri. Although the road has been largely forgotten in modern times, if St. Louis was the Gateway to the West, then the Boone’s Lick Road was the way to get there. (Submitted on June 22, 2018, by Cosmos Mariner of Cape Canaveral, Florida.)

2. Boone's Lick Road. The Boone's Lick Road, or Boonslick Trail was an early 1800s transportation route from eastern to central Missouri in the United States. Running east-west on the North side and roughly parallel to the Missouri River the trail began in the river port of St. Charles. The trail played a major role in the westward expansion of the United States and the development of Missouri's statehood. The trail's eventual terminus 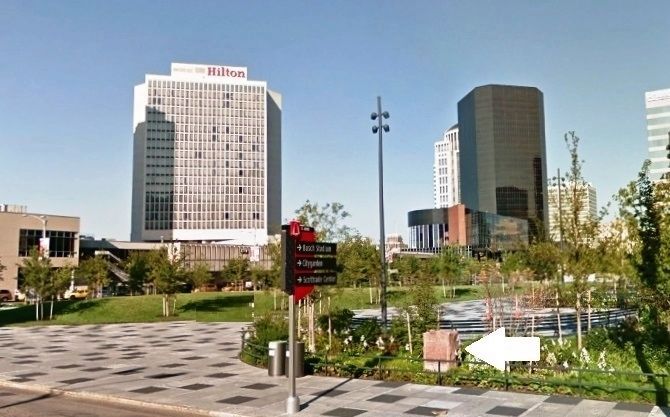