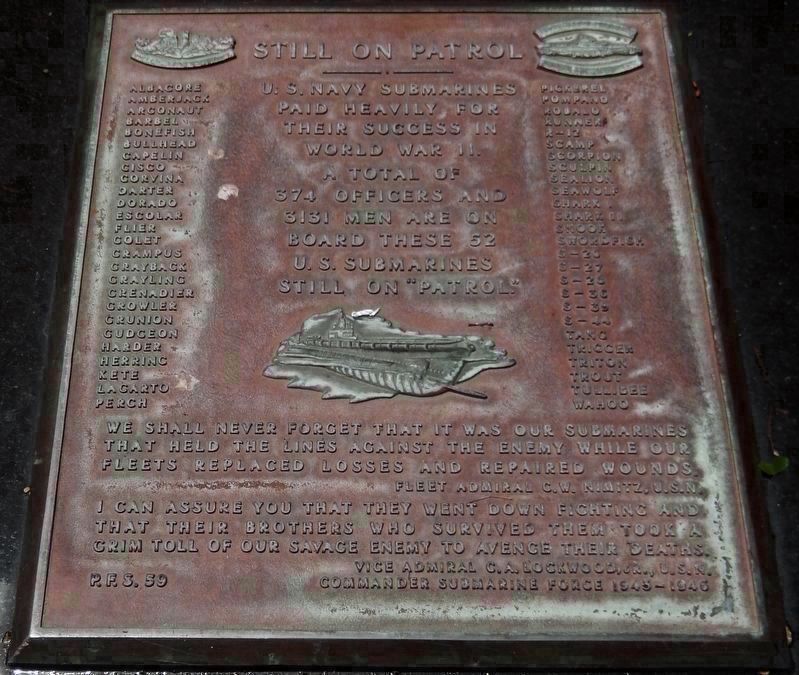 U.S. Navy Submarines paid heavily for their success in World War II. A total of 374 officers and 3131 men are on board these 52 submarines still on "patrol"

We shall never forget that it was our submarines that held the lines against the enemy while our fleets replaced losses and repaired wounds.
Fleet Admiral C. W. Nimitz, U.S.N.

I can assure you that they went down fighting and that their brothers who survived them took a grim toll of our savage enemy to avenge their deaths.
Vice Admiral C. A. Lockwood, Jr., U.S.N.
Commander Submarine Force 1943 - 1946

Photographed By Cosmos Mariner, May 21, 2018
2. U.S.S. San Jacinto Marker
Distinguished herself in the fight
to keep the United States Free

Topics and series. This memorial is listed in these topic lists: War, World II • Waterways & Vessels. In addition, it is included in the Still On Patrol series list. A significant historical year for this entry is 1943.

Location. 29° 25.439′ N, 98° 29.663′ W. Marker is in San Antonio, Texas, in Bexar County. Memorial is on Dolorosa east of Military Plaza, on the right when traveling east. Monument and marker are located by the sidewalk, on the north side of the Bexar County Justice Center building. Touch for map. Marker is at or near this postal address: 300 Dolorosa, San Antonio TX 78205, United States of America. Touch for directions. 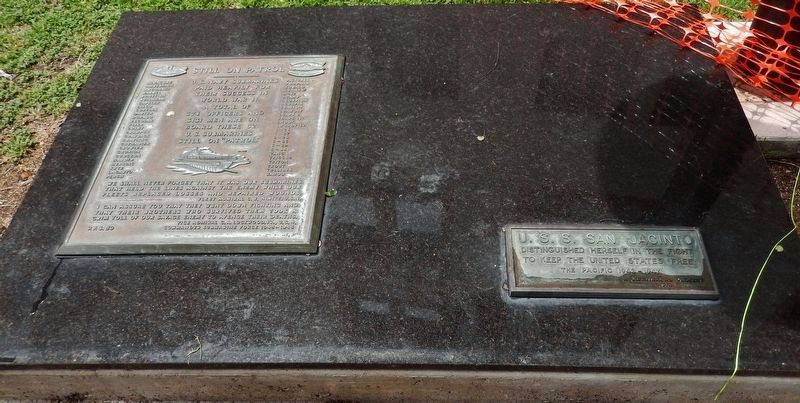 Photographed By Cosmos Mariner, May 21, 2018
3. U.S.S. San Jacinto Marker (wide view; marker on right)
marker); 200th Anniversary of San Antonio Municipal Government (within shouting distance of this marker). Touch for a list and map of all markers in San Antonio.

More about this marker. This marker is included in the Still On Patrol marker series.

Also see . . .  USS San Jacinto (CVL-30). USS San Jacinto (CVL-30) of the United States Navy was an Independence-class light aircraft carrier that served during World War II. She was named for the Battle of San Jacinto during the Texas Revolution. Former U.S. President George H.W. Bush served aboard the ship during World War II. After the cease fire prior to Japan's formal surrender, her air missions over Japan then became mercy flights over Allied prisoner-of war camps, dropping food and medicine until the men could be rescued. She was present at Tokyo Bay for the Japanese surrender on 2 September 1945. Her wartime mission completed, San Jacinto returned home and tied up at NAS Alameda, California, on 14 September 1945. She was decommissioned on 1 March 1947 and joined the Pacific Reserve Fleet berthed at San Diego. Reclassified as an auxiliary aircraft transport (AVT-5) on 15 May 1959; she was struck from the Navy list on 1 June 1970. (Submitted on June 23, 2018, by Cosmos Mariner of Cape Canaveral, Florida.) 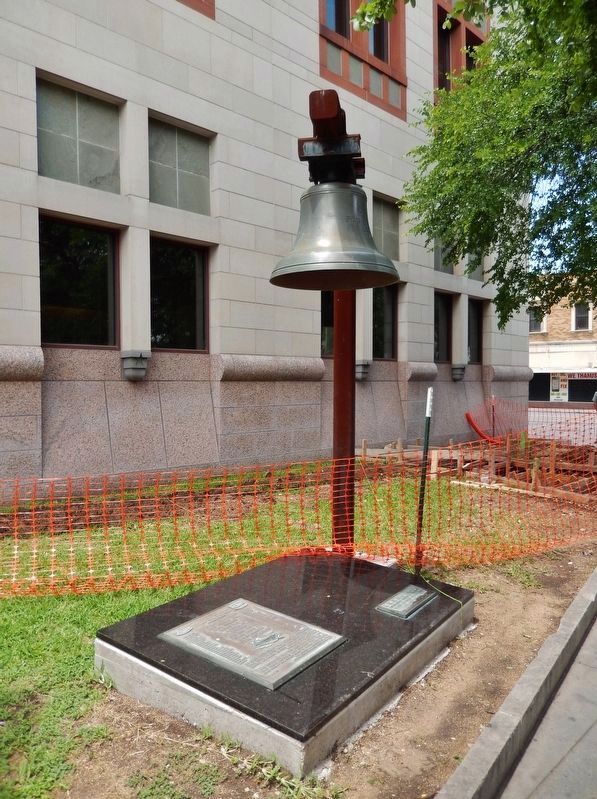 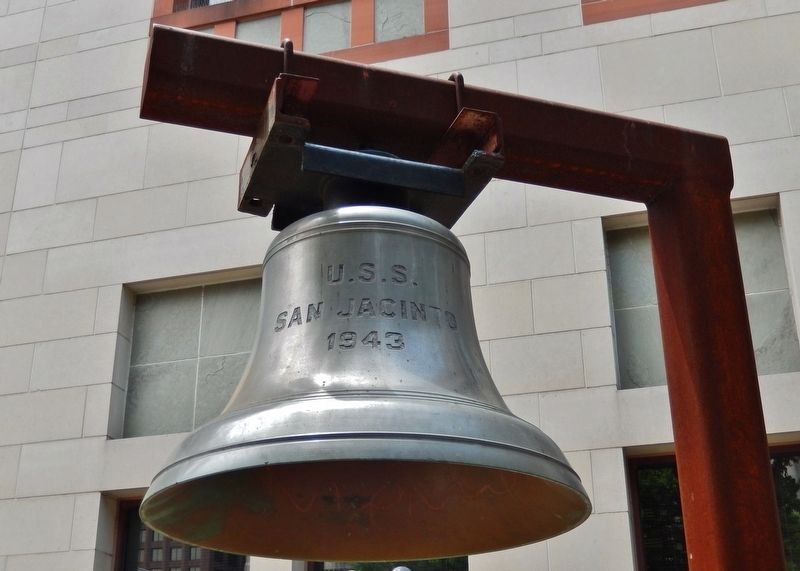