In Memory of These Revolutionary Soldiers 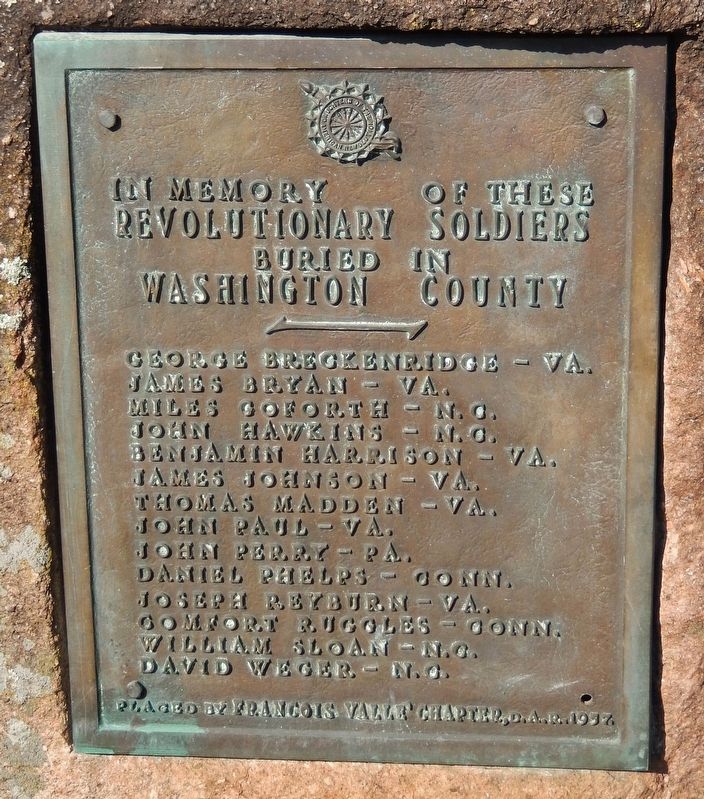 Erected 1957 by Francois Valle Chapter, Daughters of the American Revolution.

Topics and series. This memorial is listed in these topic lists: Cemeteries & Burial Sites • War, US Revolutionary. In addition, it is included in the Daughters of the American Revolution (DAR) series list.

Location. 37° 56.19′ N, 90° 47.28′ W. Marker is in Potosi, Missouri, in Washington County. Memorial is on West High Street (Missouri Route 8) west of North Missouri Street, on the right when traveling west. Marker is located on the Washington County Courthouse grounds, beside the sidewalk, 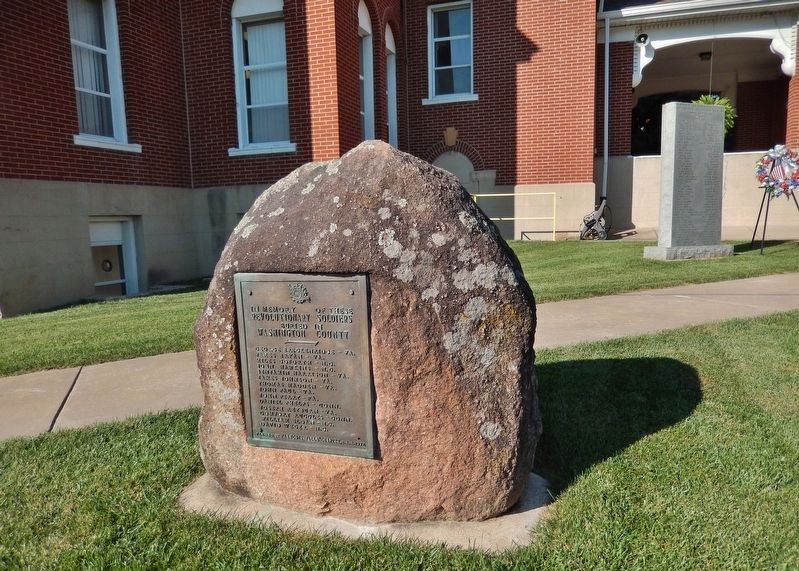 Click or scan to see
this page online
near the south corner of the courthouse. Touch for map. Marker is at or near this postal address: 102 North Missouri Street, Potosi MO 63664, United States of America. Touch for directions.

More about this marker. Marker is a large metal plaque mounted on a waist-high boulder. 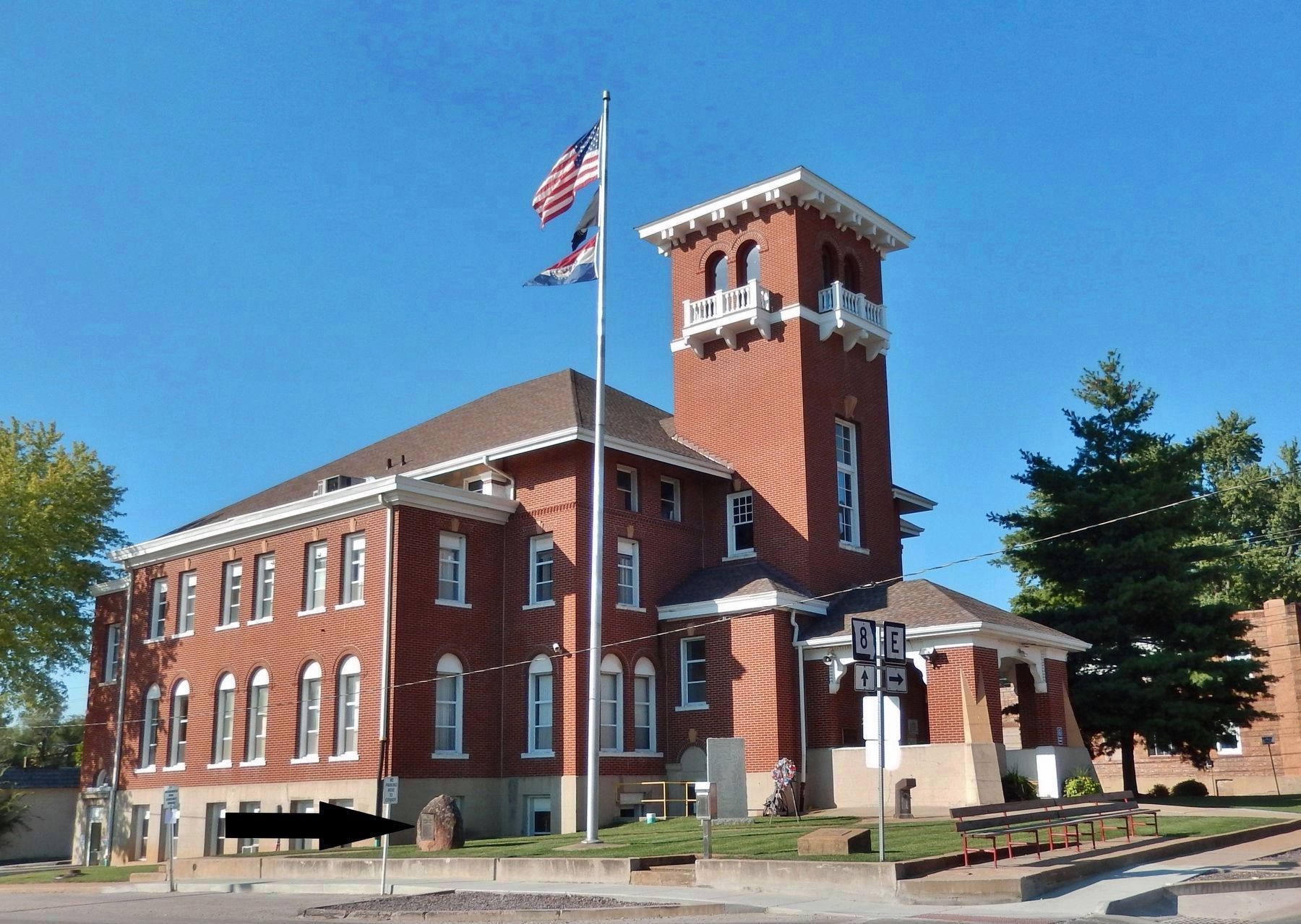