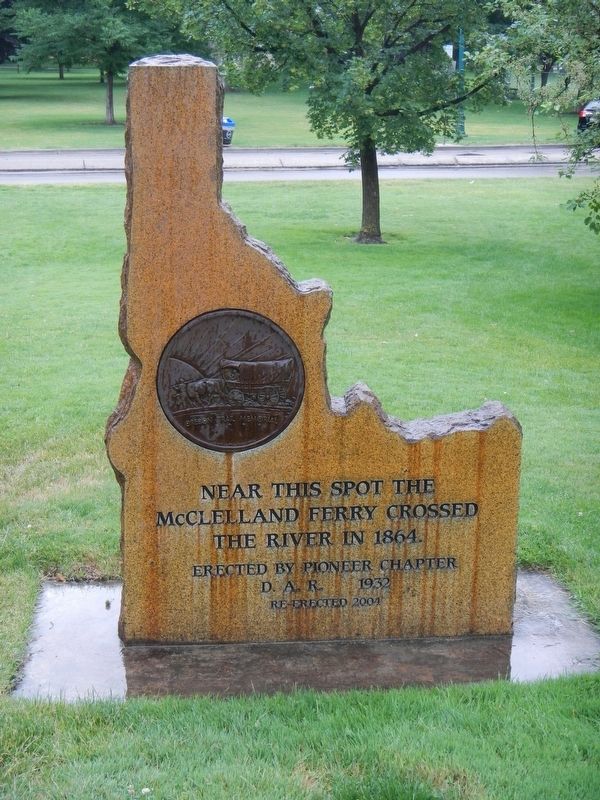 Near this spot the McClelland (sic) Ferry Crossed the river in 1864.

Erected 1932 by Daughter of the American Revolution, Pioneer Chapter.

Topics and series. This historical marker is listed in these topic lists: Roads & Vehicles • Waterways & Vessels. In addition, it is included in the Daughters of the American Revolution, and the Sons and Daughters of Idaho Pioneers series lists. 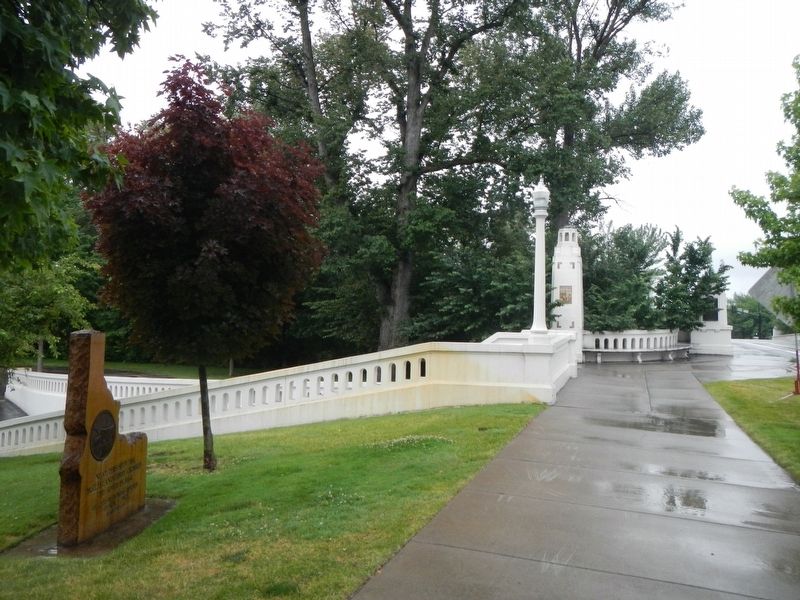 More about this marker. The marker is located near the north end of the Capitol Boulevard Memorial Bridge.

Also see . . .
1. McClellan's Ferry. In December 1864, John McClellan and Dr. William Thompson were given a state charter to build and operate a ferry at this crossing. The charter was issued in the name of Ada Ferry Company although it was simply known as “McClellan’s Ferry”. (Submitted on June 24, 2018, by Barry Swackhamer of Brentwood, California.)

2. John McClellan - Localwiki. In 1863 he claimed 80 acres on the north side of the Boise River to the west of the present day 9th Street. ... By April 1864 McClellan and Dr. Thompson petitioned the Territorial Legislature to franchise the Ada Ferry Company, which gave them a monopoly on river crossing 1 mile either side of 8th Street, where there had already been an established ford across the river used by Native Americans. (Submitted on June 24, 2018, by Barry Swackhamer of Brentwood, California.) 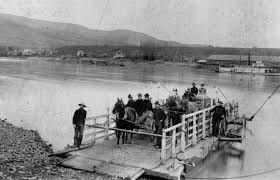