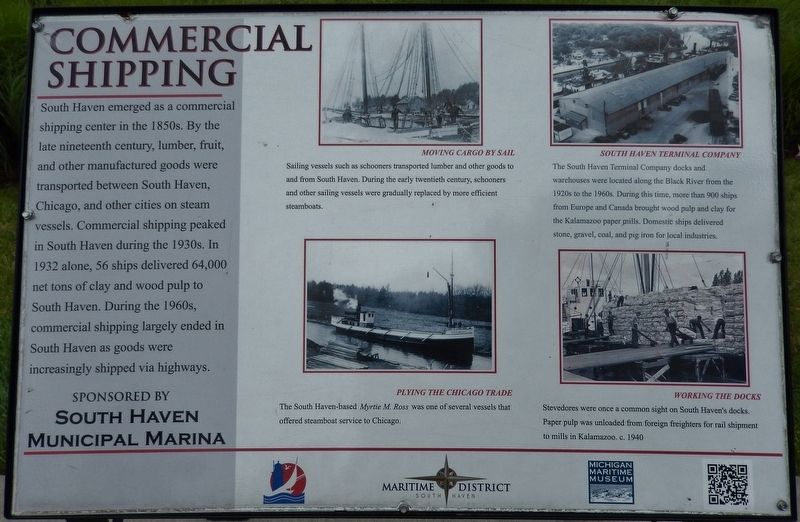 Location. 42° 24.184′ N, 86° 16.628′ W. Marker is in South Haven, Michigan, in Van Buren County. Marker is on Water Street 0.1 miles west of Kalamazoo Street, on the right when traveling west. Marker is located beside the sidewalk, overlooking the South 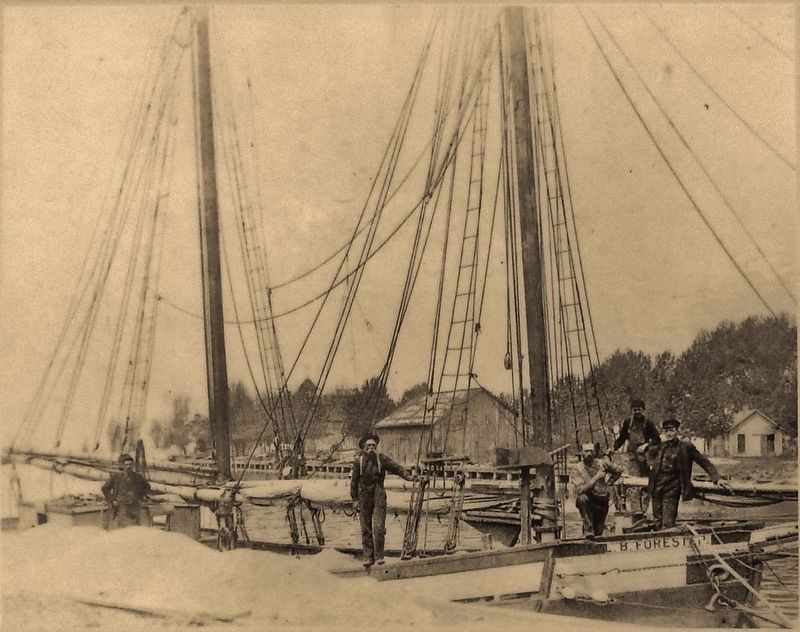 2. Marker detail: Moving Cargo by Sail
Sailing vessels such as schooners transported lumber and other goods to and from South Haven. During the early twentieth century, schooners and other sailing vessels were gradually replaced by more efficient steamboats.
Haven Municipal Marina. Touch for map. Marker is in this post office area: South Haven MI 49090, United States of America. Touch for directions.

Also see . . .
1. Boating and Shipping. Initially, there maritime industry suffered because of a sand bar that prevented ships from going into the river dock. Once it was removed and docks were added in 1864, ship building and boating began to progress. With the advent of steamboats, shipping lines started to emerge around the 1890s, the most notable of which were the Graham-Morton line, South Haven and Chicago Transportation Company, and the Goodrich Transit Company. These lines, coupled with the prosperous fruit industry, made South Haven an important port of the Great Lakes during the turn 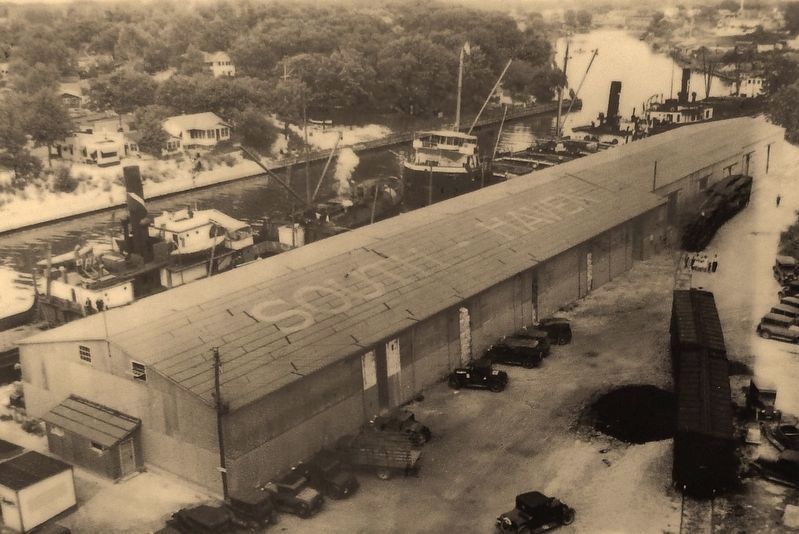 3. Marker detail: South Haven Terminal Company
The South Haven Terminal Company docks and warehouses were located along the Black River from the 1920s to the 1960s. During this time, more than 900 ships from Europe and Canada brought wood pulp and clay for the Kalamazoo paper pulls. Domestic ships delivered stone, gravel, coal, and pig iron for local industries
of the century. (Submitted on June 25, 2018, by Cosmos Mariner of Cape Canaveral, Florida.) 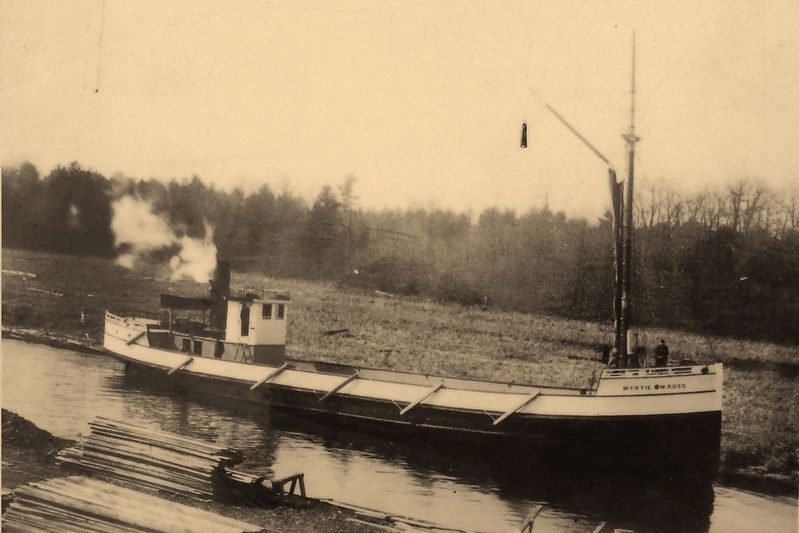 4. Marker detail: Plying the Chicago Trade
The South Haven-based Myrtle M Ross was one of several vessels that offered steamboat service to Chicago. 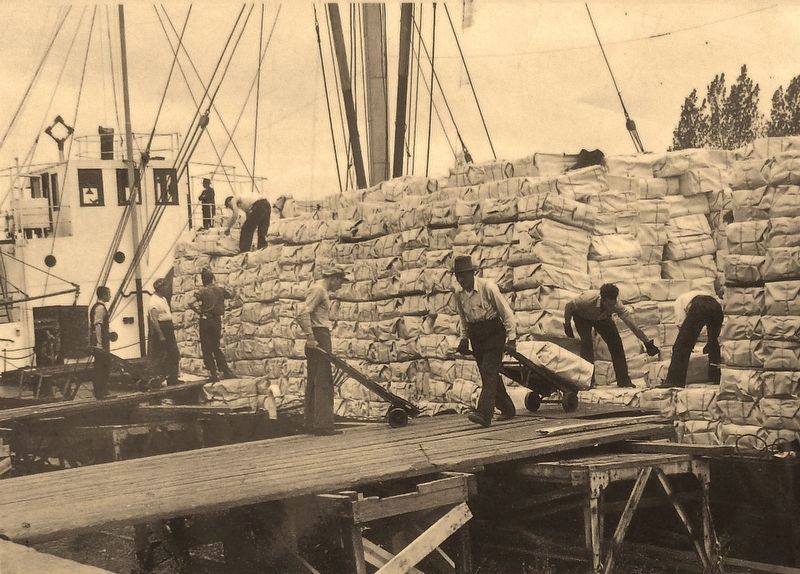 5. Marker detail: Working the Docks
Stevedores were once a common sight on South Haven's docks. Paper pulp was unloaded from foreign freighters for rail shipment to mills in Kalamazoo. c. 1940 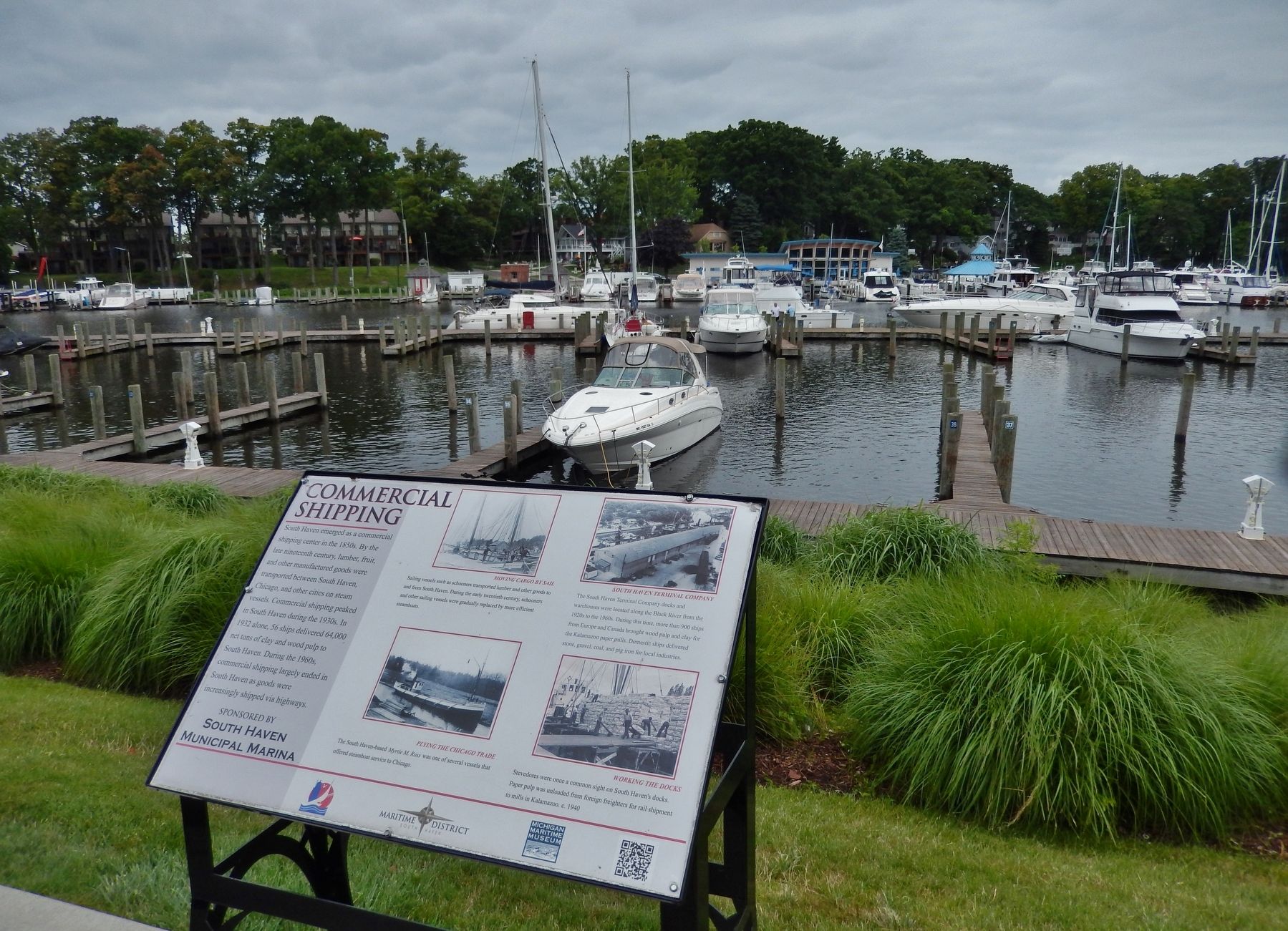