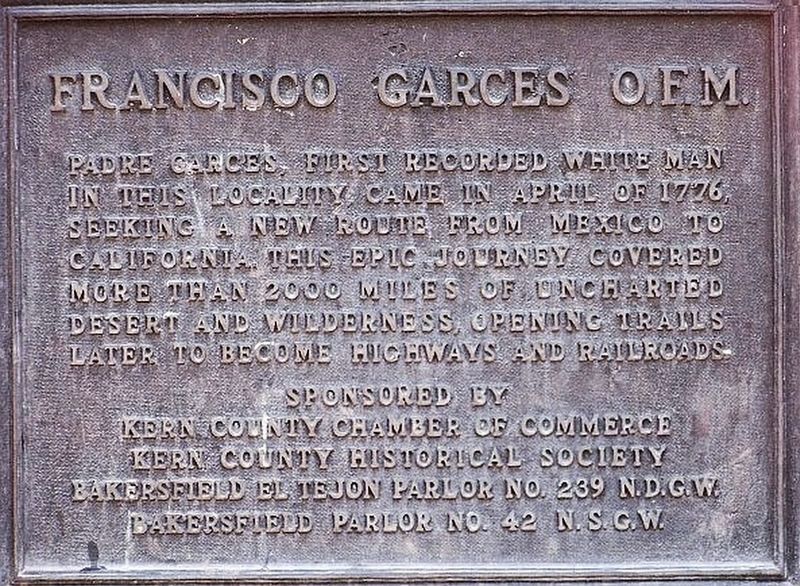 Topics and series. This historical marker is listed in these topic lists: Churches & Religion • Exploration • Hispanic Americans. In addition, it is included in the California Historical Landmarks, and the Native Sons/Daughters of the Golden West series lists. A significant historical month for this entry is April 1776.

Other nearby markers. At least 8 other markers are within 15 miles of this marker, measured as the crow flies. 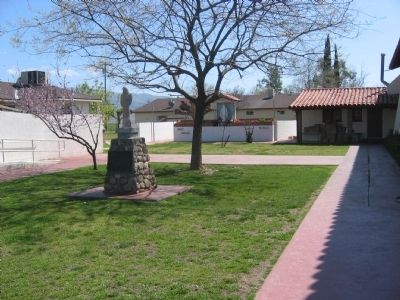 More about this marker. This site was designated California Historical Landmark No. 371

As there was no protection from a manned Presidio and the Quechan Indians were upset because promises made by de Anza were not kept and they resented the appropriation of their crops and fields by settlers and soldiers, the Missions did not last long. The straw that broke the camel's back (so to speak) was a large group of colonists with some 1,000 head of cattle who arrived in 1781. While these colonists were heading for Los Angeles, the Indians thought they had come to settle and attacked on 18 July of that year. Chief Palma, a known friend of the padres and chief of the village closest to La Purisima, did not take part in the raid and arranged for a search for 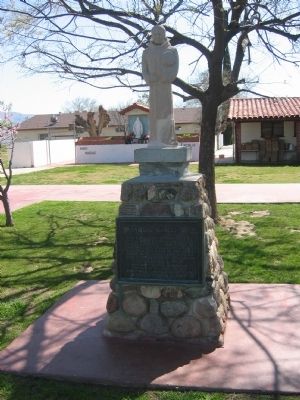 Photographed By Syd Whittle, March 15, 2006
3. Francisco Garces O.F.M Marker
his friend Padre Garcés. Sadly, he gave the task to a member of the Nefora tribe which did not have as good a relationship with the padres. When Padre Garcés and his associates were found, this Indian ordered that they be killed. Thus, on 19 July 1781 Padres Francis Tomás Hermenogildo Garcés, Juan Antonio Barreneche, Juan Diaz and Matias Moreno became martyrs. The Indians also killed Captain Don Fernando Rivera and most other males at the two missions. All-in-all, more than 100 Hispanic settlers were killed, and 74 were held captive until ransomed by Governor Pedro Fages in 1782. 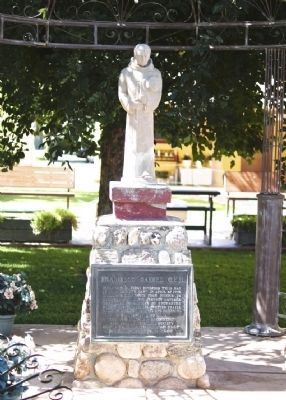 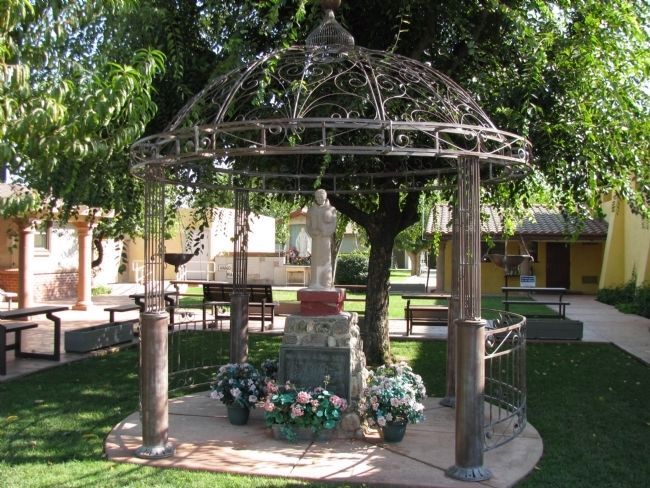