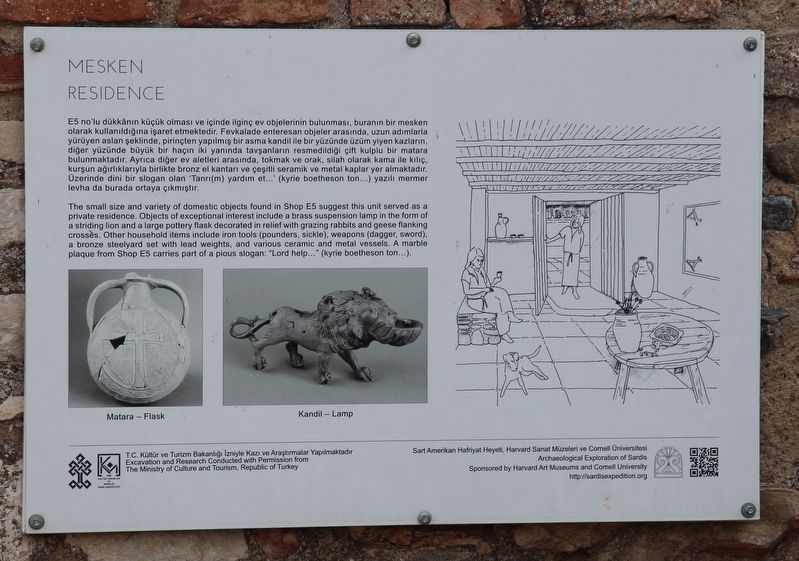 The small size and variety of domestic objects found in Shop E5 suggest this unit served as a private residence. Objects of exceptional interest include a brass suspension lamp in the form of a striding lion and a large pottery flask decorated in relief with grazing rabbits and geese flanking crossès. Other household items include iron tools (pounders, sickle), weapons (dagger, 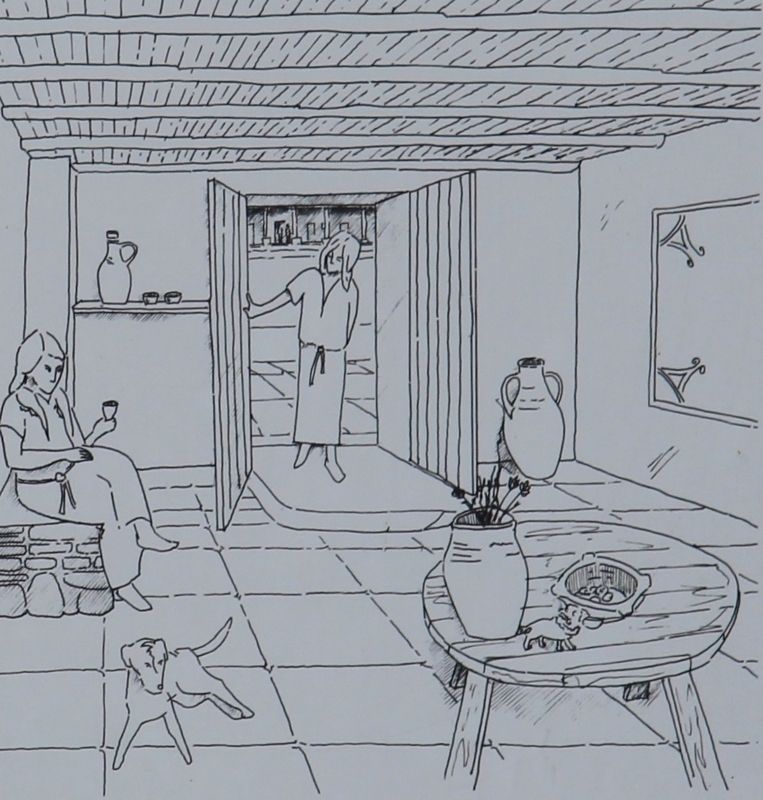 By Dale K. Benington, June 16, 2018
2. Mesken / Residence Marker
A close up view of the supposed residence scene, that is displayed on this marker.

Erected by The Ministry of Culture and Tourism, Republic of Turkey, and the Harvard Art Museums and Cornell University.

Location. 38° 29.292′ N, 28° 2.393′ E. Marker is near Sart, Manisa, in Salihli (district). Marker can be reached from Kenan Evren Cd. just east of Sart Yolu, on the left when traveling east. This marker is on the grounds of the Sardis Archaeological Park, near the Roman Bath-Gymnasium and Synagogue, amongst the "Byzantine Shop" ruins that line the Roman Avenue, just outside the south wall of the Synagogue. Touch for map. Marker is in this post office area: Sart, Manisa 45370, Turkey. Touch for directions. 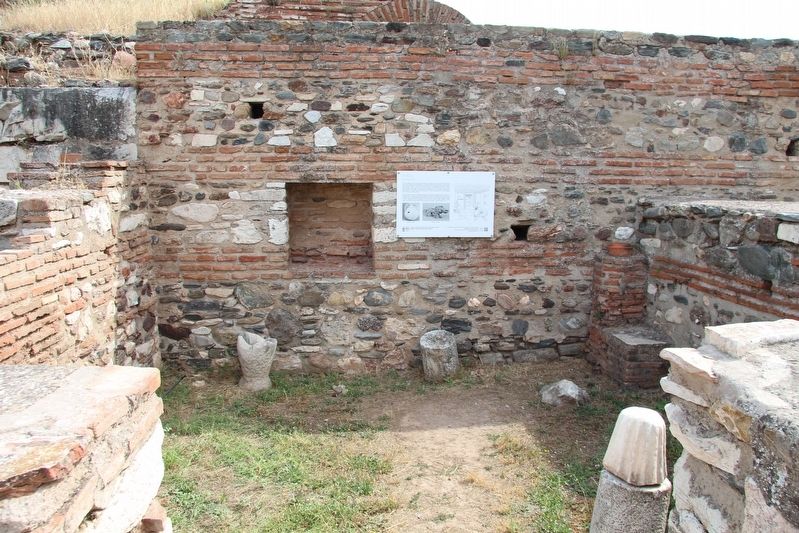 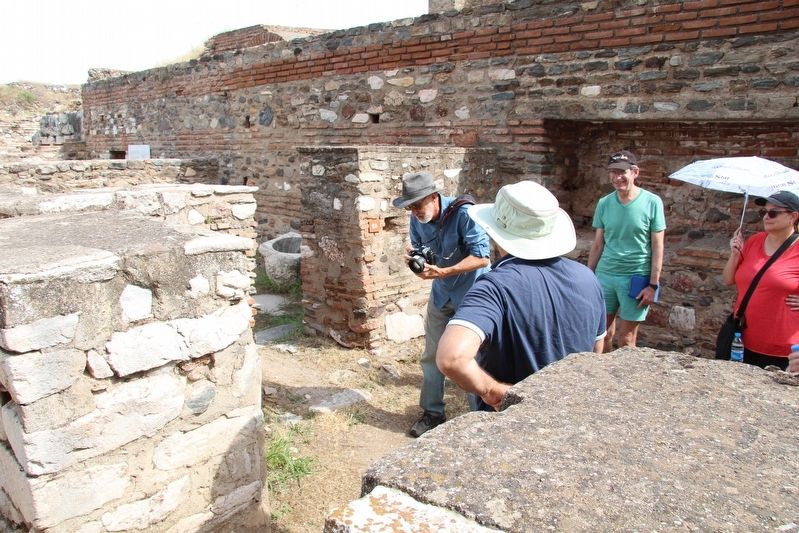