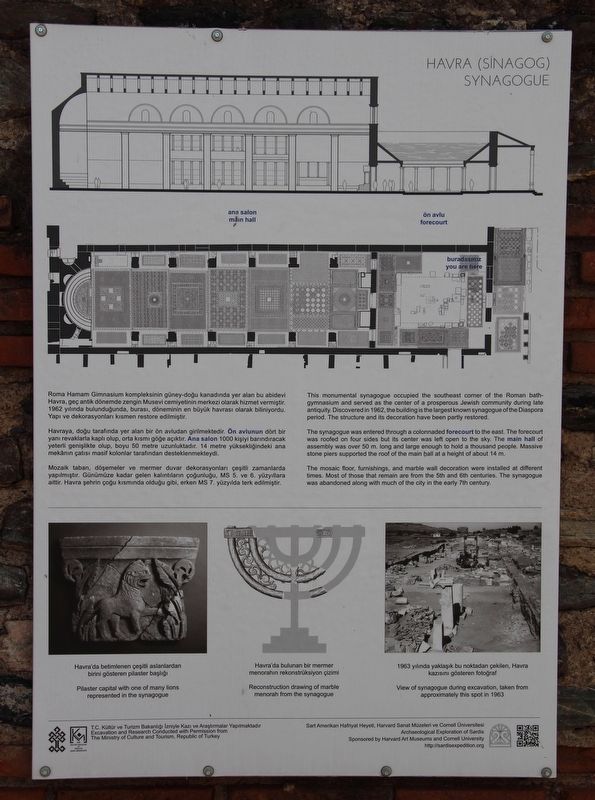 Photographed By Dale K. Benington, June 16, 2018
1. Synagogue Marker
Inscription.
. This historical marker was erected by The Ministry of Culture and Tourism, Republic of Turkey, and the Harvard Art Museums and Cornell University. It is Near Sart in Salihli Manisa Turkey

This monumental synagogue occupied the southeast corner of the Roman bath-gymnasium and served as the center of a prosperous Jewish community during late antiquity. Discovered in 1962, the building is the largest known synagogue of the Diaspora period. The structure and its decoration have been partly restored.

The synagogue was entered through a colonnaded forecourt to the east. The forecourt was roofed on four sides but its center was left open to the sky. The main hall of assembly was over 50 meters long and large enough to hold a thousand people. Massive stone piers supported the roof of the main hall at a height of about 14 meters.

The mosaic floor, furnishings, and marble wall decoration were installed at different times. Most of those that remain are from the 5th and 6th centuries. The synagogue was abandoned along with much of the city in the early 7th century. 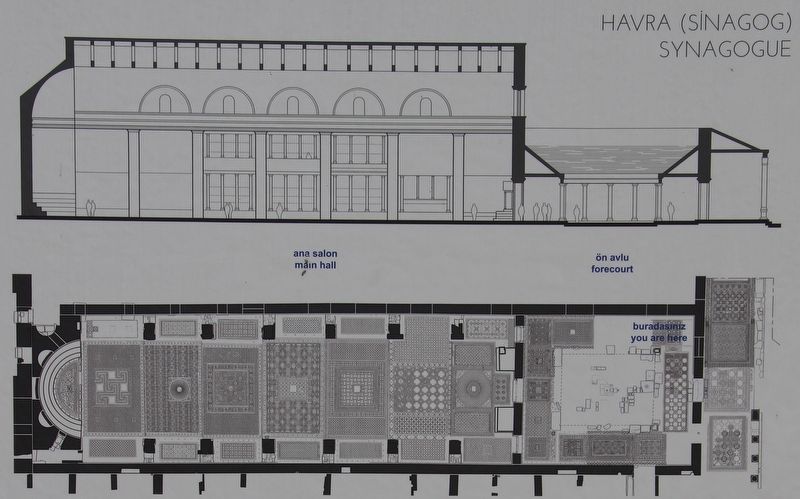 Photographed By Dale K. Benington, June 16, 2018
2. Synagogue Marker
A close up view of both the synagogue floor plan and a cross section view of the synagogue, that is displayed on this marker. 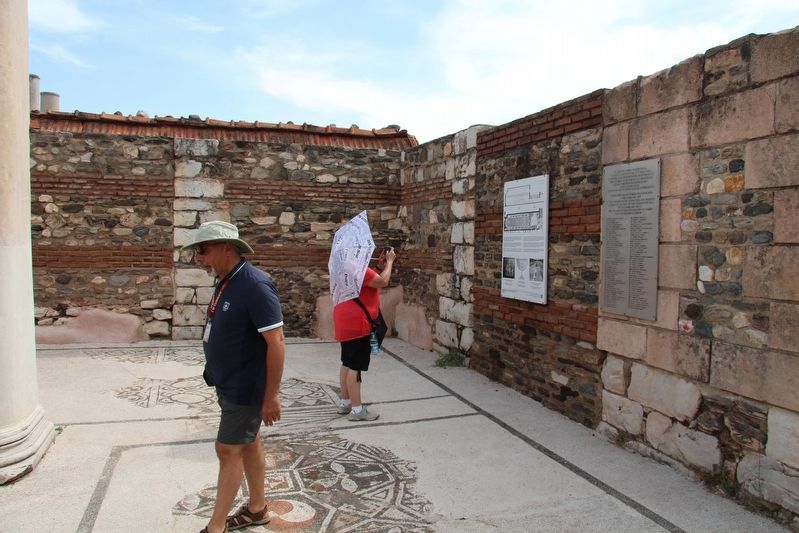 Photographed By Dale K. Benington, June 16, 2018
3. Synagogue Marker
View of the marker affixed to the east wall of the forecourt of the synagogue.
, Manisa, in Salihli. Marker can be reached from Kenan Evren Cd. just east of Sart Yolu, on the left when traveling east. This marker is on the grounds of the Sardis Archaeological Park, near the Roman Bath-Gymnasium and affixed to the inside walls of the Synagogue. Touch for map. Marker is in this post office area: Sart, Manisa 45370, Turkey. Touch for directions. 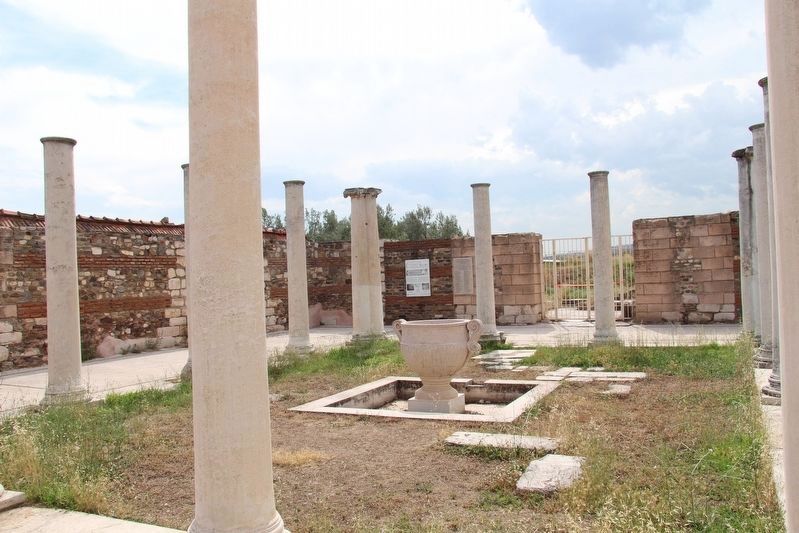 Photographed By Dale K. Benington, June 16, 2018
4. Synagogue Marker
Distant view of the marker, looking across the forecourt of the synagogue. 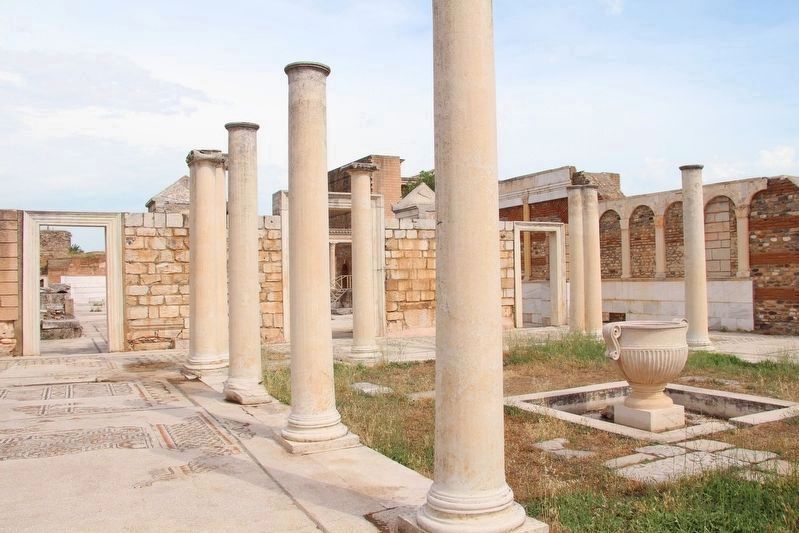