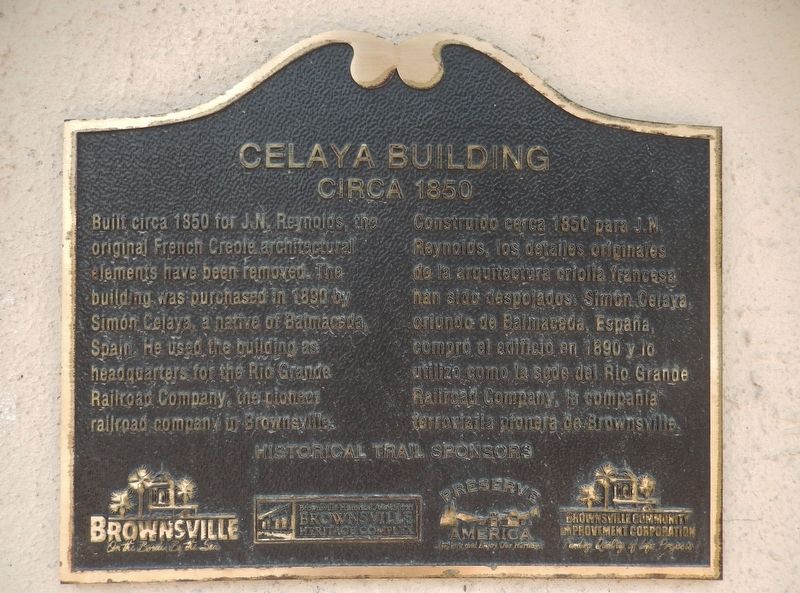 By Cosmos Mariner, May 18, 2018
1. Celaya Building Marker
Inscription.
. This historical marker was erected by Brownsville Historical Association. It is in Brownsville in Cameron County Texas

(English)
Built circa 1850 for J.N. Reynolds, the original French Creole architectural elements have been removed. The building was purchased in 1890 by Simón Celaya, a native of Balmaceda, Spain. He used the building as headquarters for the Rio Grande Railroad Company, the pioneer railroad company in Brownsville.