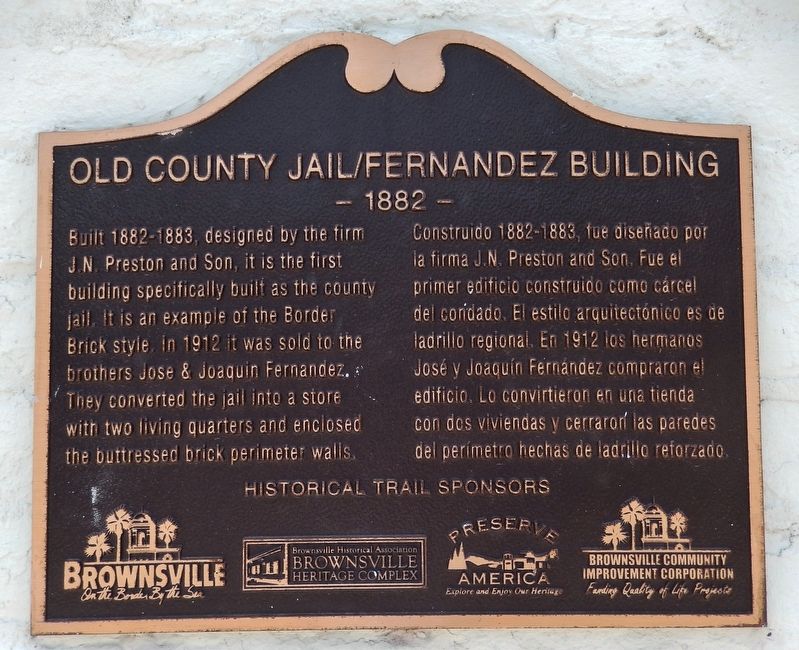 By Cosmos Mariner, May 18, 2018
1. Old County Jail / Fernandez Building Marker
Inscription.
. This historical marker was erected by Brownsville Historical Association. It is in Brownsville in Cameron County Texas

(English)
Built in 1882-1883, designed by the firm J.N. Preston and Son, it is the first building specifically built as the county jail. It is an example of the Border Brick style. In 1912 it was sold to the brothers Jose & Joaquin Fernandez. They converted the jail into a store with two living quarters and enclosed the buttressed brick perimeter walls.