Zion Chapel of Ease and Cemetery 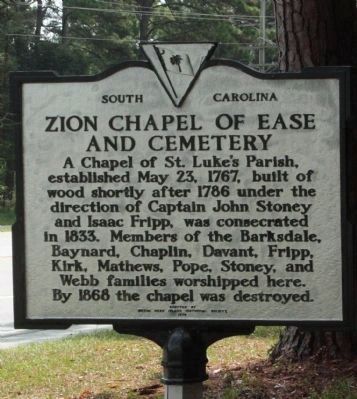 Photographed By Mike Stroud, September 5, 2013
1. Zion Chapel of Ease and Cemetery Marker with modern paint scheme
Inscription.
Zion Chapel of Ease and Cemetery. . A Chapel of St. Luke's Parish, established May 23, 1767, built of wood shortly after 1786 under the direction of Captain John Stoney and Isaac Fripp, was consecrated in 1833. Members of the Barksdale, Baynard, Chaplin, Davant, Fripp, Kirk, Mathews, Pope, Stoney, and Webb families worshipped here. By 1868 the chapel was destroyed. . This historical marker was erected in 1973 by Hilton Head Island Historical Society. It is in Hilton Head Island in Beaufort County South Carolina

A Chapel of St. Luke's Parish, established May 23, 1767, built of wood shortly after 1786 under the direction of Captain John Stoney and Isaac Fripp, was consecrated in 1833. Members of the Barksdale, Baynard, Chaplin, Davant, Fripp, Kirk, Mathews, Pope, Stoney, and Webb families worshipped here. By 1868 the chapel was destroyed. 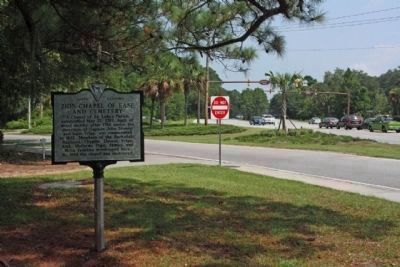 Regarding Zion Chapel of Ease and Cemetery. During the American Revolution nearby Daufuskie Island split with the main of South Carolina and maintained its ties to England, from which the planters had gained a generous price for their main crop of indigo. This created tension with Patriots on Hilton Head; their derisive moniker for Daufuskie was "Little Bermuda," and the island's inhabitants. This mutual disdain occasionally erupted into violence, including the murder of Daufuskian Capt. Martinangel by a "Bloody Legion" from Hilton Head, who retaliated for his killing of Hilton Head planter Charles Davant. 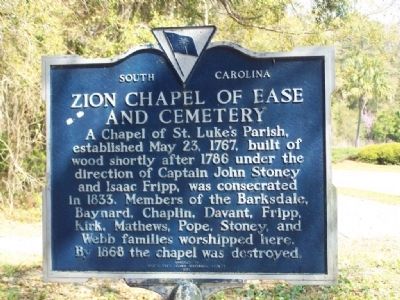 Photographed By Mike Stroud, March 2008
3. Zion Chapel of Ease and Cemetery Marker
church called the Zion Chapel of Ease was constructed for plantation owners. The old cemetery, located near the corner of William Hilton Parkway and Mathews Drive (Folly Field), is all that remains. Charles Davant, a prominent island planter during the Revolutionary War, is buried there. He was shot by Captain Martinangel of Daufuskie Island in 1781. [ "Reference Desk," Beaufort County Public Library - Hilton Head Island, Accessed May 19, 2007] (Submitted on April 3, 2008, by Mike Stroud of Bluffton, South Carolina.) 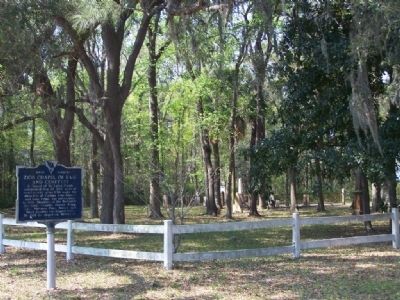 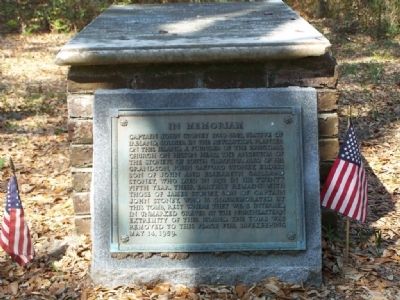 Photographed By Mike Stroud, 2008
5. Captain John Stoney, as mentioned in Marker
" In Memoriam Captain John Stoney 1749- 1821, native of Ireland, soldier in the Revolution, planter on this island, a founder of the Episcopal Church on Hilton Head, the ancestor of the Stoneys of South Carolina.Also of his grandson, John Safford Stoney, eldest son of John and Elizabeth Gaillard Stoney, who who died in 1832 in his twenty fifth year. Their earthly remainswith those of James Stoney, son of Captaon John Stoney, who is commemorated by this tomb, rest where they were interred in unmarked graves at the northwestern extremity of this island. The tomb was removed to this place for safekeeping May 14,1959." 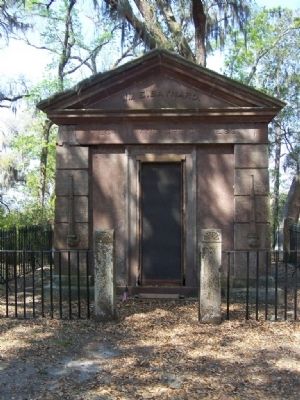 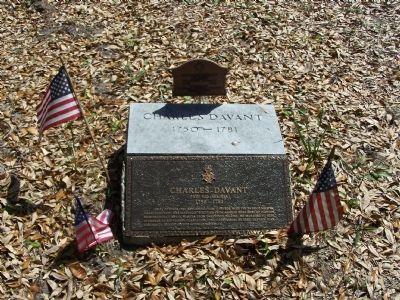 Photographed By Mike Stroud, 2008
7. Charles Davant,
" Pvt. SC Militia 1750 ~ 1781 On 22 October 1871, returning from a patrol with the Patriot Malitia, Charles Davant was mortally wounded from ambush near here by Captain Martinangel's Royal Militia from Daufuskie Island. He managed to ride his horse to his nearby plantation, Two Oaks, where he died. Captain John Leacraft's Bloody Legion avenged his death." 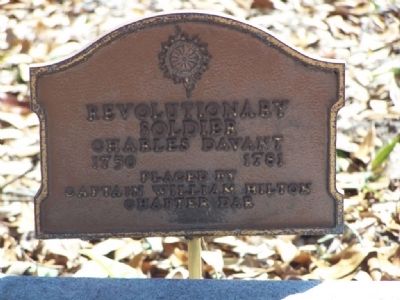 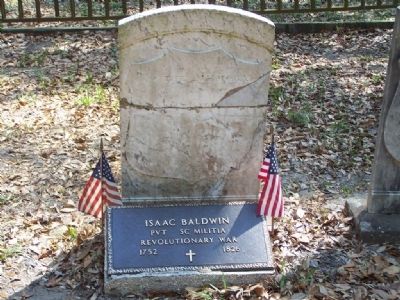 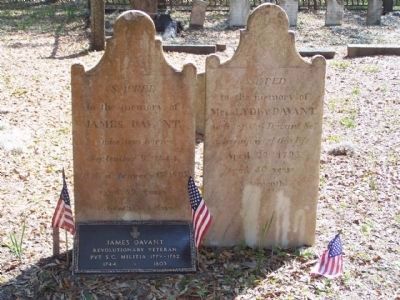