The Dream of Alexander the Great 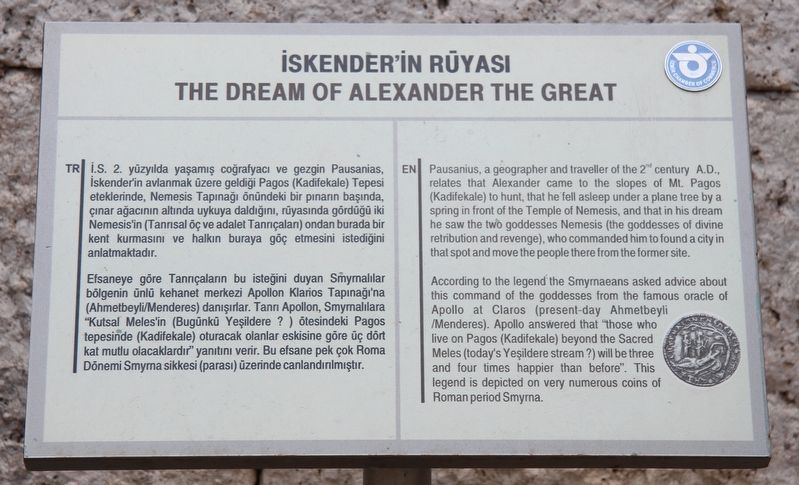 Pausanius, a geographer and traveler of the 2nd century A.D., relates that Alexander came to the slopes of Mt Pagos (Kadifekale) to hunt, that he fell asleep under a plane tree by a spring in front of the Temple of Nemesis, and that in his dream he saw the two goddesses Nemesis (the goddesses of divine retribution and revenge), who commanded him to found a city in that spot and move the people there from the former site.

According to the legend the Smyrnaeans asked advice about this command of the goddesses from the famous oracle of Apollo at Claros (present day Ahmetbeyli/Menderes). Apollo answered that "those who live on Pagos (Kadifekale) beyond the Sacred Meles (today's Yesildere stream ?) will be three and four times happier than before." This legend is depicted on very numerous coins of Roman Period Smyrna. 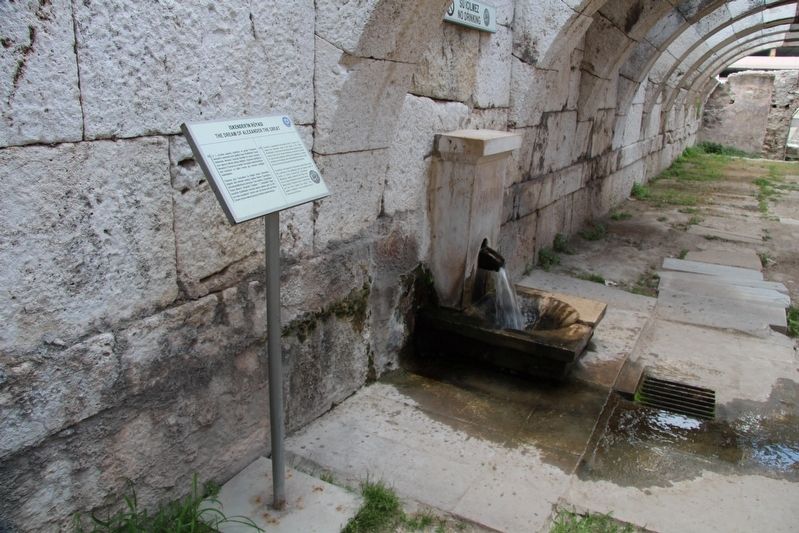 Photographed By Dale K. Benington, June 16, 2018
2. The Dream of Alexander the Great Marker
View of the marker situated next to the spring of water, down in the basement of the agora's porticoes.

Erected by Izmir Chamber of Commerce. 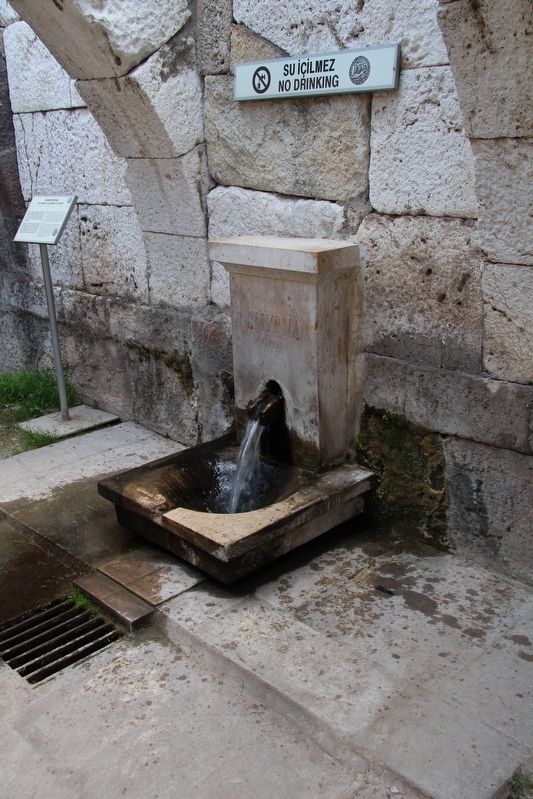 Photographed By Dale K. Benington, June 16, 2018
3. The Dream of Alexander the Great Marker
View of the marker situated just beyond the spring of water, down in the basement of the agora's porticoes.
park, which is in a business/residential neighborhood. This particular marker is located in the basement area of the agora's porticoes. Touch for map. Marker is in this post office area: Namazgah, İzmir 35240, Turkey. Touch for directions.

More about this marker. Note, I was not certain of this marker's exact GPS location, as I was part of a tour and needed to keep moving to try to keep up, so my basement portico locations are all guesstimates. 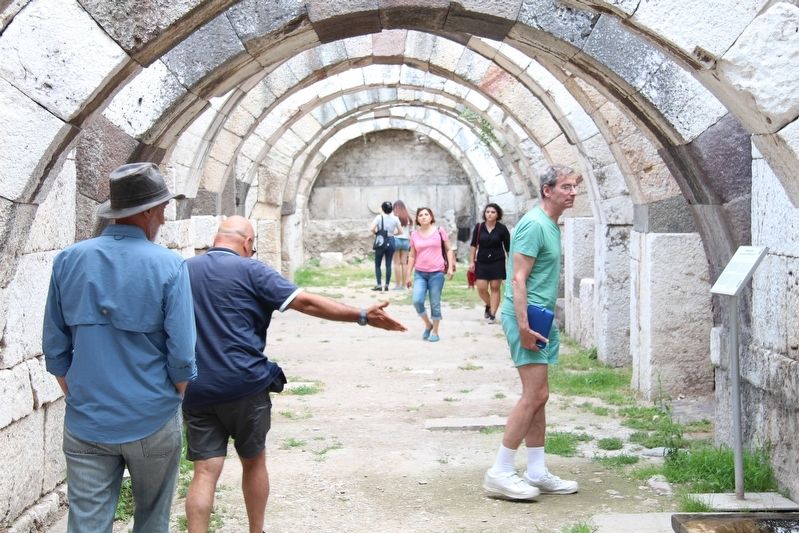