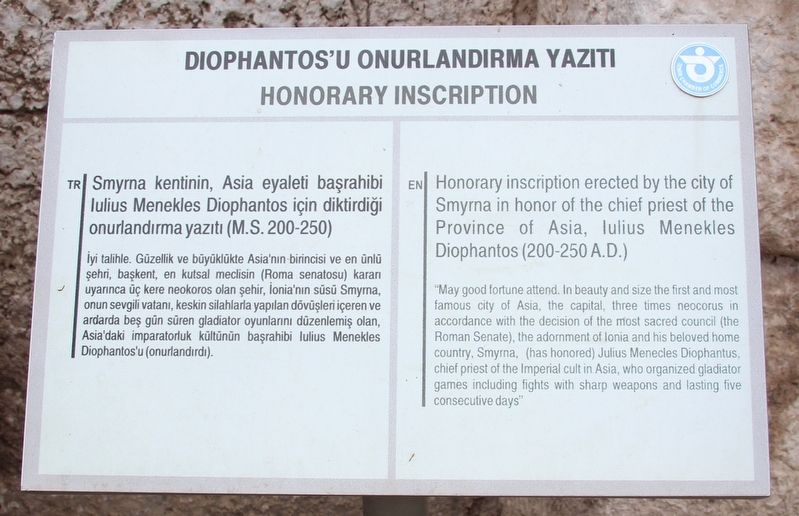 Photographed By Dale K. Benington, June 16, 2018
1. Honorary Inscription Marker
Inscription.
. This historical marker was erected by Izmir Chamber of Commerce. It is in Namazgah in Konak İzmir Turkey

Honorary inscription erected by the city of Smyrna in honor of the chief priest of the Province of Asia, Iulius Menekles Diophantos (200-250 A.D.)

"May good fortune attend. In beauty and size the first and most famous city of Asia, the capital, three times neocorus in accordance with the decision of the most sacred council (the Roman Senate), the adornment of Ionia and his beloved home country, Smyrna, (has honored) Julius Menecles Diophantus, chief priest of the Imperial cult in Asia, who organized gladiator games including fights with sharp weapons and lasting five consecutive days."