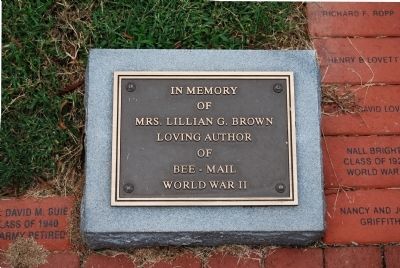 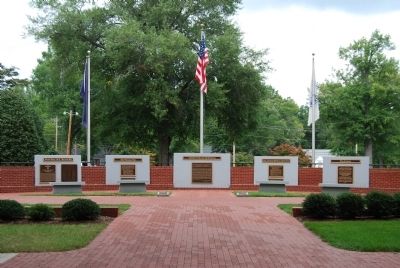 CLINTON — Lillian Gross Brown of Clinton, died July 18 at Presbyterian Home of South Carolina. She was 103.

During World War II, she served as the editor and guiding spirit of the "Bee-Mail Letters," a collection of thoughts and stories from Presbyterian College students and alumni serving in all branches of the armed forces. She sent the "Bee-Mail Letters" every two weeks to those servicemen, bringing encouragement, support and comfort to the soldiers.

A native of Victoria, Tenn., she was a graduate of Central High School in Chattanooga, and Tennessee State College in Murfreesboro. While a secretary at McCallie School for Boys in Chattanooga in 1925, she met Dr. Brown, a history teacher at the school. They were married the following year and spent 60 years as husband and wife.

Mrs. Brown was predeceased by her husband. She is survived by cousins, Evelyn Brewer of Ardmore, Okla., and Hestaleen Carter of Lone Oak, Okla.