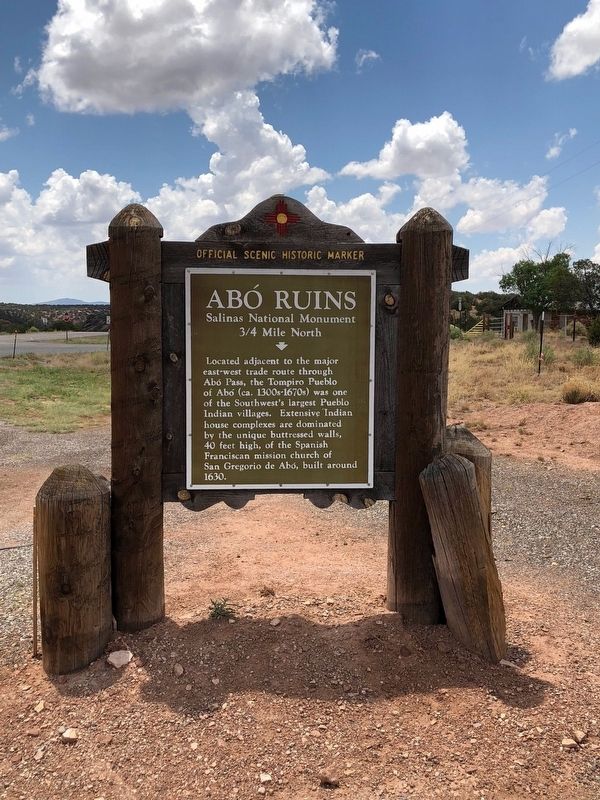 Located adjacent to the major east-west trade route through Abó Pass, the Tompiro Pueblo of Abó (ca. 1300s-1670s) was one of the Southwest’s largest Pueblo Indian villages. Extensive Indian house complexes are dominated by the unique buttressed walls, 40 feet high, of the Spanish Franciscan mission church of San Gregorio de Abó, built around 1630.

Other nearby markers. At least 5 other markers are within 12 miles of this marker, measured as the crow flies. Abo Ruins (approx. 0.6 miles away); Mountainair (approx. 8.7 miles away); Salt Mission Trail 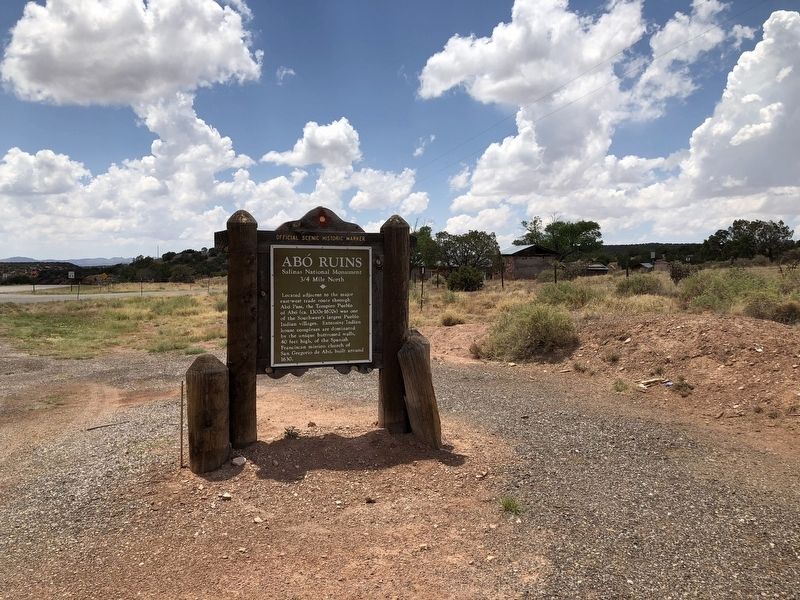 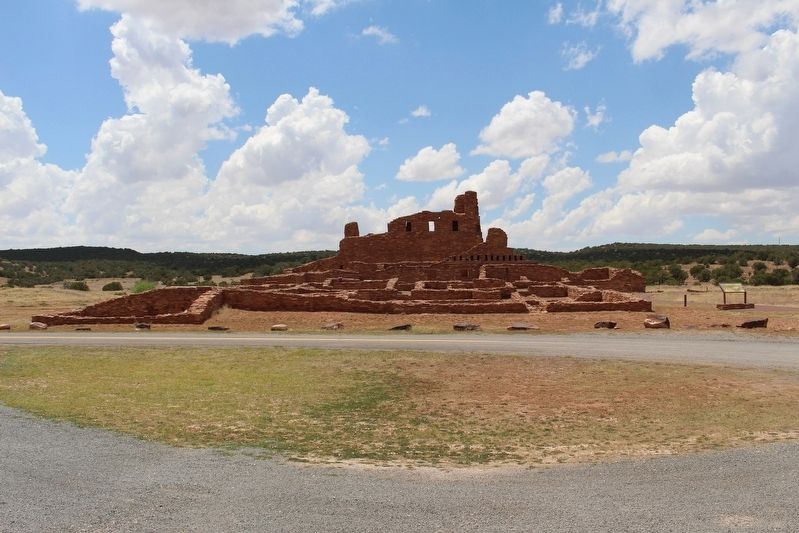