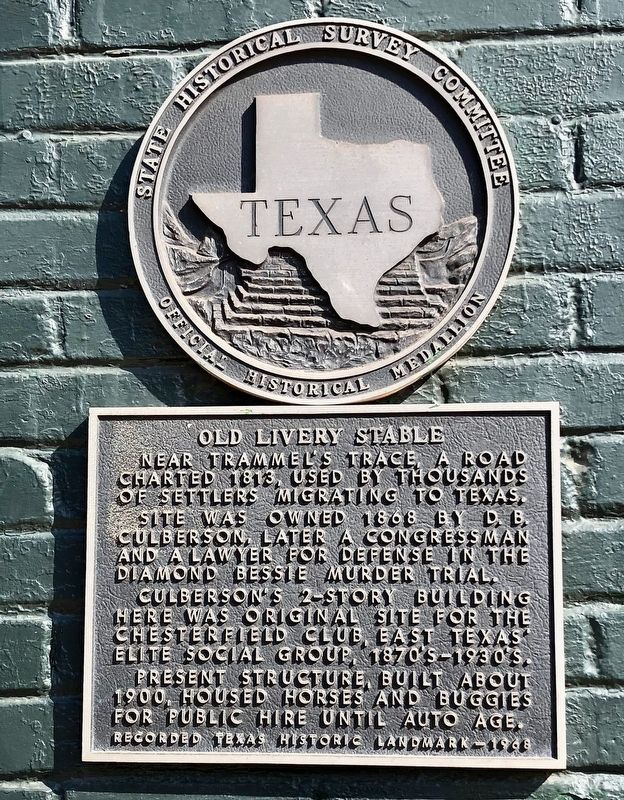 Near Trammel's Trace, a road charted 1813, used by thousands of settlers migrating to Texas. Site was owned 1868 by D. B. Culberson, later a congressman and a lawyer for defense in the Diamond Bessie murder trial. Culberson's 2-story building here was original site for the Chesterfield Club, East Texas' elite social group, 1870s-1930s. Present structure, built about 1900, housed horses and buggies for public hire until auto age.

Topics. This historical marker is listed in these topic lists: Animals • Notable Buildings • Roads & Vehicles. A significant historical year for this entry is 1813.

Location. 32° 45.365′ N, 94° 20.718′ W. Marker is in Jefferson, Texas, in Marion County. Marker is at the intersection of Austin Street and North Vale Street, on the right when traveling west on Austin Street. Mounted on the corner outside wall of the Bayou Bakery. Touch for map. Marker is at or near this postal address: Austin Street, Jefferson TX 75657, United States of America. Touch for directions. 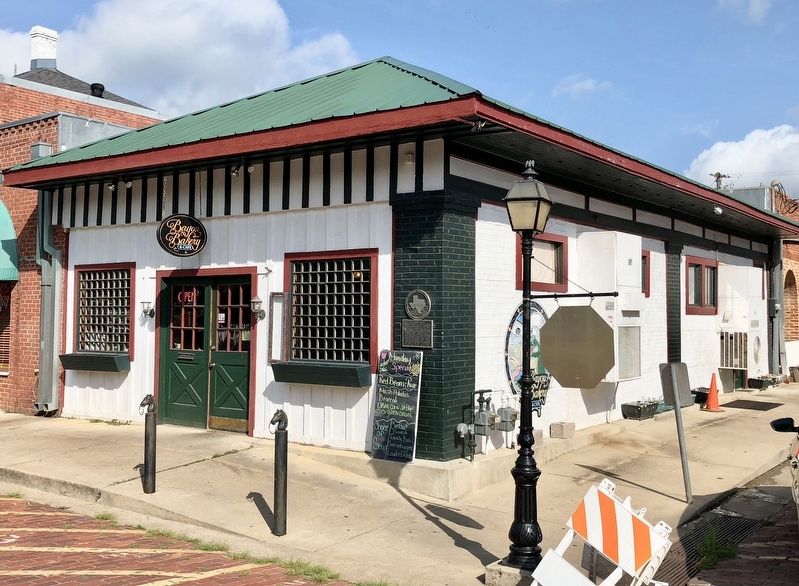