— in loving memory of our son — 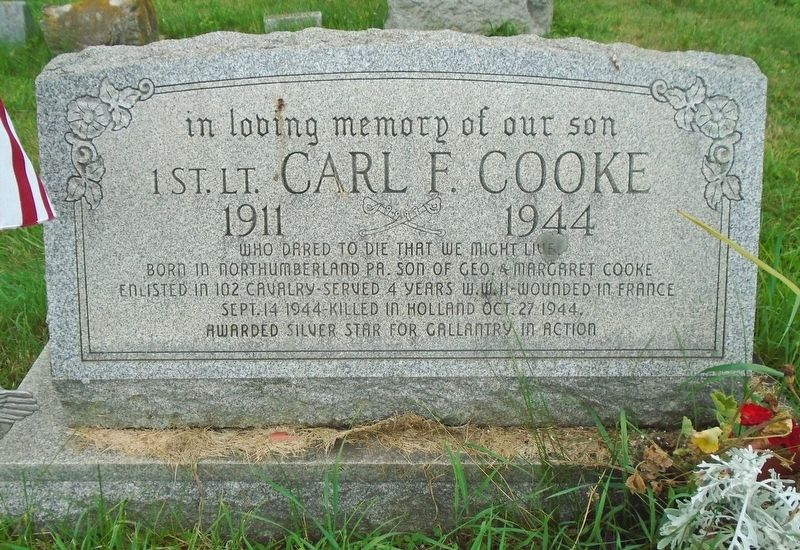 Who dared to die that we might live.
Born in Northumberland Pa.
Son of Geo. & Margaret Cooke
Enlisted in 102 Cavalry - Served 4 years W.W.II
Wounded in France Sept. 14 1944
Killed in Holland Oct. 27 1944.
Awarded Silver Star for Gallantry in Action

Erected by George and Margaret Cooke.

Other nearby markers. At least 8 other markers are within 2 miles of this marker, measured as the crow flies. Veterans Memorial (a few steps from this marker); Civil War Memorial (within shouting distance of this marker); Joseph Priestley (approx. half a mile 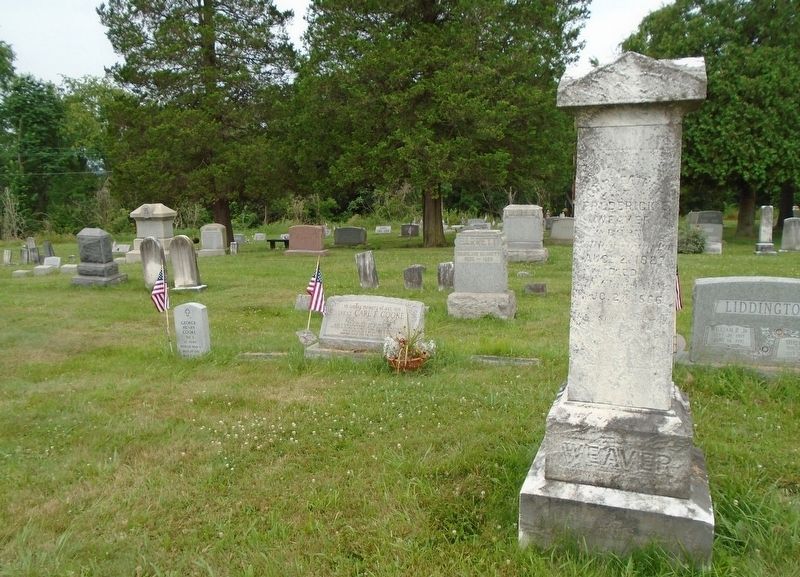 Regarding 1st. Lt. Carl F. Cooke. Was serving with Troop C, 87th Cavalry Reconnaissance Squadron, 7th Armored Division, when he was killed during the "Battle of the Canals."