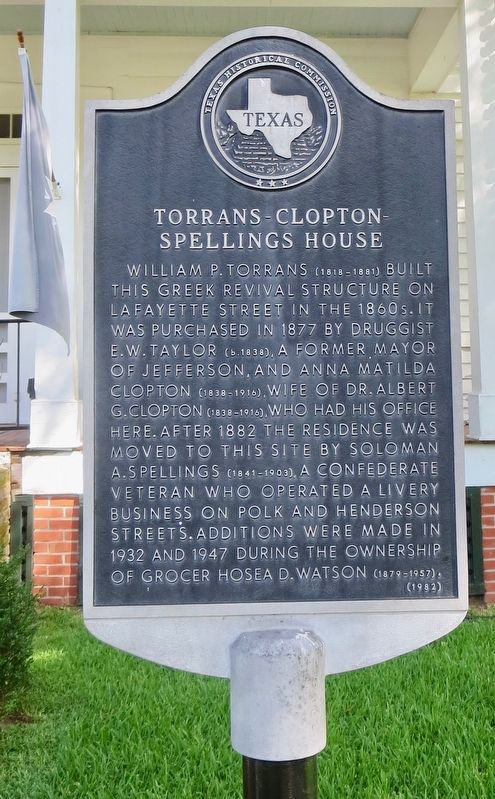 Topics. This historical marker is listed in these topic lists: Architecture • Notable Buildings. A significant historical year for this entry is 1877. 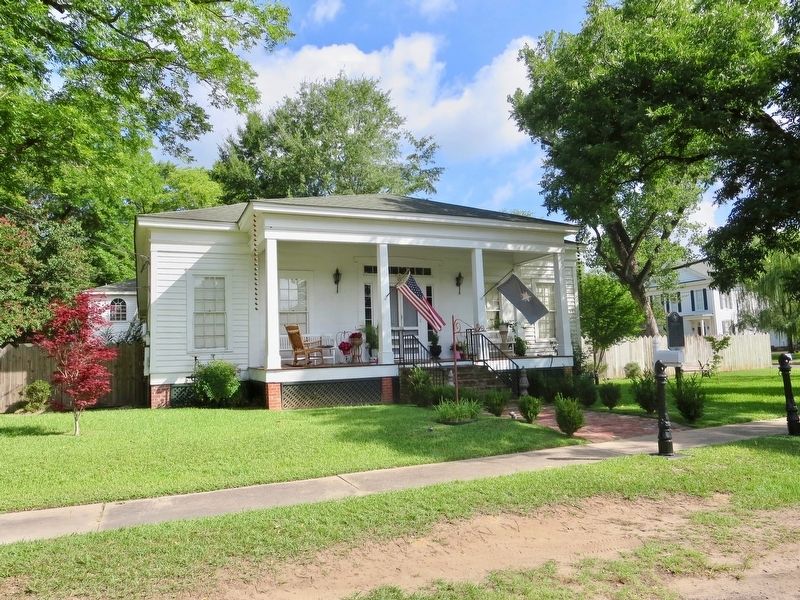 Click or scan to see
this page online
. Marker is at or near this postal address: 107 East Clarksville Street, Jefferson TX 75657, United States of America. Touch for directions.

Other nearby markers. At least 8 other markers are within walking distance of this marker. Site of Home of Captain George T. Todd (within shouting distance of this marker); The George T. Todd House (about 300 feet away, measured in a direct line); Civil War Meat Packing Plant (about 700 feet away); The Beard House (approx. 0.2 miles away); William Clark Residence (approx. 0.2 miles away); The Brooks House (approx. 0.2 miles away); Immaculate Conception Catholic Church (approx. ¼ mile away); First Texas Artificial Gas Plant (approx. 0.3 miles away). Touch for a list and map of all markers in Jefferson.
Credits. This page was last revised on July 6, 2018. It was originally submitted on July 6, 2018, by Mark Hilton of Montgomery, Alabama. This page has been viewed 148 times since then and 28 times this year. Photos:   1, 2. submitted on July 6, 2018, by Mark Hilton of Montgomery, Alabama.
Share this page.