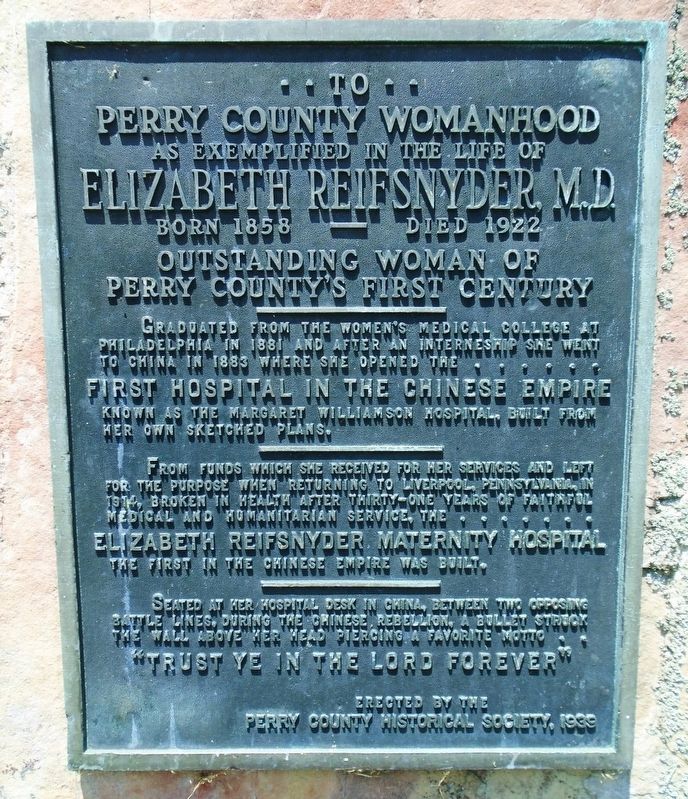 To
Perry County Womanhood
as exemplified in the life of
Elizabeth Reifsnyder, M.D.
Born 1858 — Died 1922
Outstanding Woman of
Perry County's First Century
————————————
Graduated from the Women's Medical College
at Philadelphia in 1881 and after an
internship she went to China in 1883
where she opened the . . . . . .
First Hospital in the Chinese Empire
known as the Margaret Williamson Hospital,
built from her own sketched plans.
————————————
From funds which she received for her services
and left for the purpose when returning
to Liverpool, Pennsylvania, in 1914,
broken in health after thirty-one years
of faithful medical and humanitarian service,
the . . . . . .
Elizabeth Reifsnyder Maternity Hospital
the first in the Chinese Empire was built.
————————————
Seated 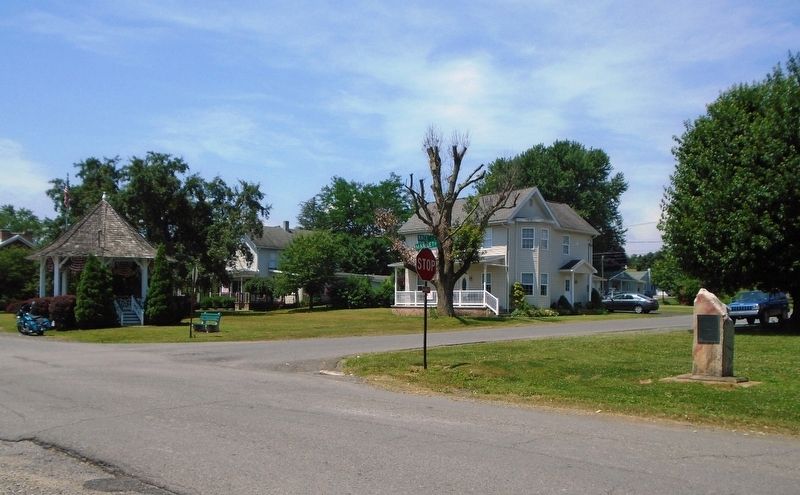 By William Fischer, Jr., July 4, 2018
2. Elizabeth Reifsnyder, M.D. Marker
at her hospital desk in China,
between two opposing battle lines,
during the Chinese Rebellion, a bullet
struck the wall above her head
piercing a favorite motto . .
"Trust ye in the Lord forever"

Other nearby markers. At least 8 other markers are within 3 miles of this marker, measured as the crow flies. Holman Mercantile Store ~ Willowbrook Apartments (within shouting distance of this marker); Veterans Memorial (within shouting distance of this marker); Dr. Reifsnyder (about 400 feet away, measured in a direct line); William Grant Morris M. D. (about 800 feet away); Millersburg Ferry (approx. 2.2 miles away); World War II Memorial (approx. 2.6 miles away); Millersburg Ferry: A Journey Through Time 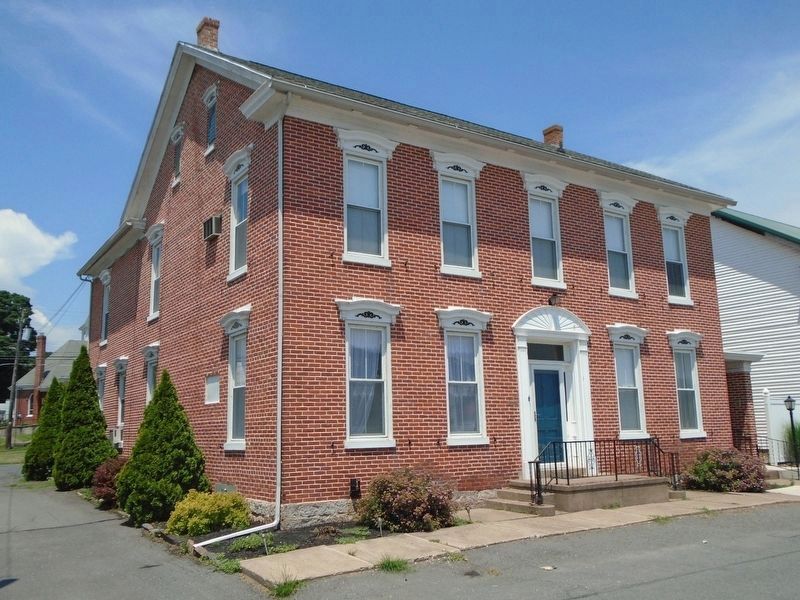 By William Fischer, Jr., July 4, 2018
3. Elizabeth Reifsnyder Home on Front Street
(approx. 2.7 miles away); a different marker also named Millersburg Ferry (approx. 2.8 miles away). Touch for a list and map of all markers in Liverpool.