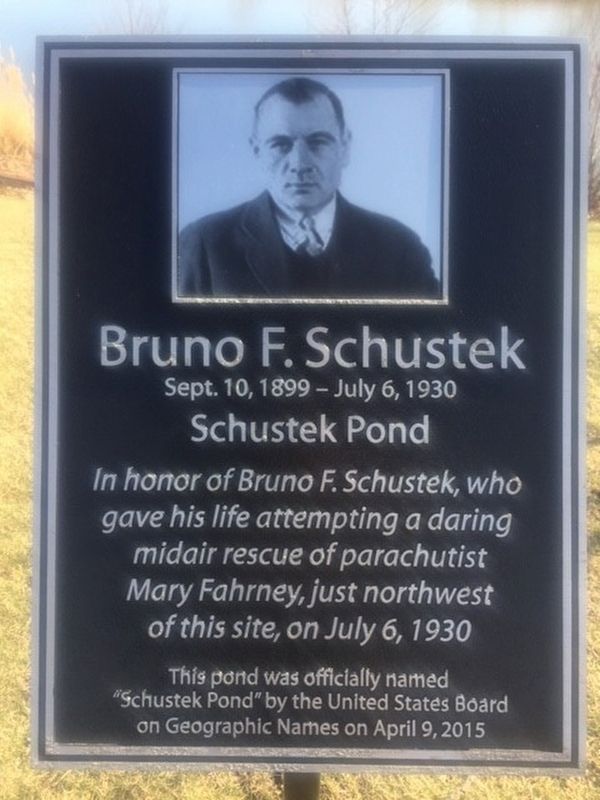 Photographed By Richard Bacon, March 3, 2017
1. Bruno F. Shustek Marker
Inscription.
Bruno F. Shustek , Sept 10, 1899 - July 6, 1930 , Shustek Pond , In honor of Bruno F. Shustek, who gave his life attempting a daring midair rescue of parachutist Mary Fahrney, just northwest of this site, on July 6, 1930., This pond was officially named Shustek Pond by the United States Board on Geographic Names on April 9, 2015. . This historical marker was erected in 2015. It is in Burr Ridge in DuPage County Illinois

This pond was officially named Shustek Pond by the United States Board on Geographic Names on April 9, 2015.

Topics. This historical marker is listed in these topic lists: Heroes • Notable Events. A significant historical date for this entry is July 6, 1930. 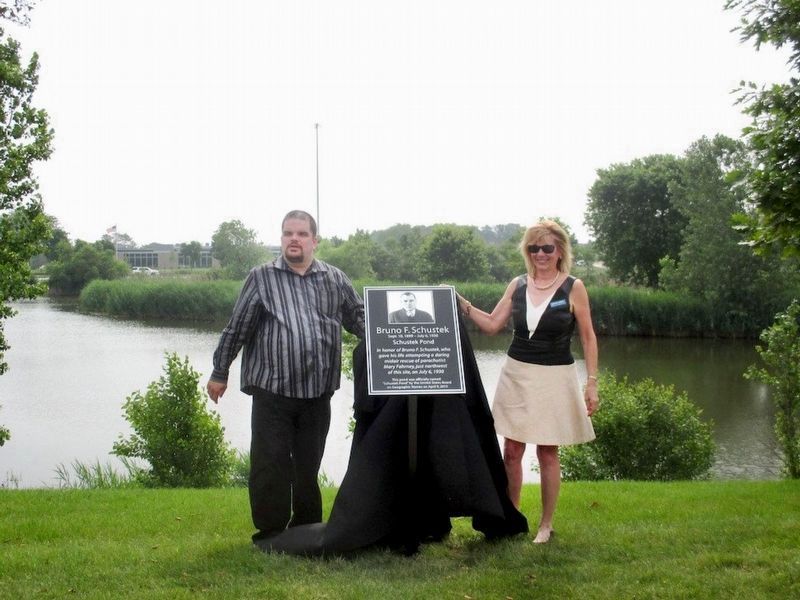 Regarding Bruno F. Shustek. According to news stories, 20-year-old Mary Fahrney was going parachuting when her chute got caught on the plane wing during her jump. She was dangling from the wing for hours before Schustek, a former German pilot during World War I, attempted to rescue her by climbing down a knotted rope from another plane in mid-flight. He was able to free her chute, allowing Fahrney to land safely, but he lost his grip on the rope afterwards and fell to his death. Schustek was buried in an Elmhurst cemetery, but his grave marker was lost.