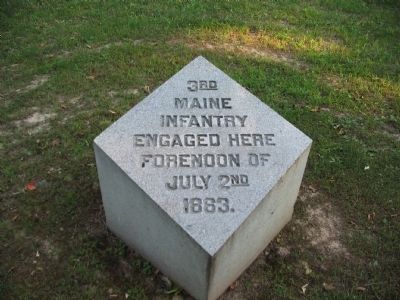 Erected by State of Maine.

Topics. This memorial is listed in this topic list: War, US Civil. A significant historical month for this entry is July 1863.

Location. 39° 48.476′ N, 77° 15.436′ W. Marker is in Cumberland Township, Pennsylvania, in Adams County. Memorial is at the intersection of Berdan Avenue and West Confederate Avenue, in the median on Berdan Avenue. Located on Seminary Ridge, in the Pitzer's Woods section, in Gettysburg National Military Park. Touch for map. Marker is in this post office area: Gettysburg PA 17325, United States of America. Touch for directions. 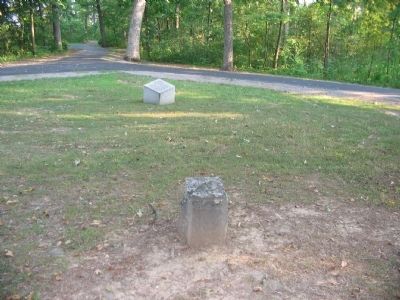 Photographed By Craig Swain, August 17, 2008
2. 3rd Maine Infantry Marker
The marker for the 3rd Maine is located within the loop of Berdan Avenue. In the foreground is the flank marker for the 1st US Sharpshooters Regiment.

Regarding 3rd Maine Infantry. A larger monument to the 3rd Maine is located at the Peach Orchard section of the battlefield.

Related markers. Click here for a list of markers that are related to this marker. 3rd Maine Infantry Markers at Gettysburg.

Also see . . .  After Action Report of Col. Moses Lakeman. (PDF) Lakeman commanded the regiment during the battle. His report details the regiments support of Berdan's skirmish line. (Submitted on October 3, 2008, by Craig Swain of Leesburg, Virginia.) 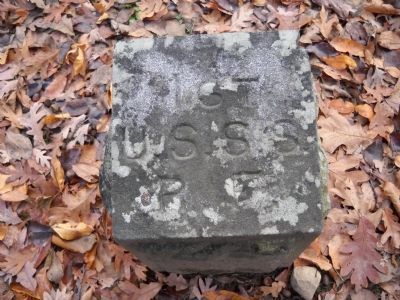