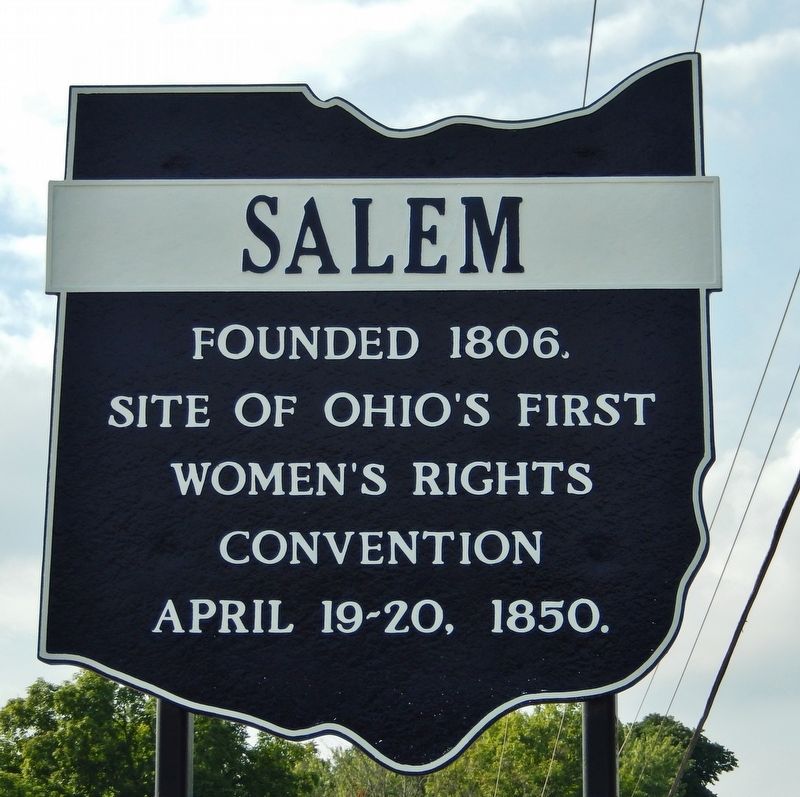 Topics. This historical marker is listed in these topic lists: Civil Rights • Women. A significant historical year for this entry is 1806. 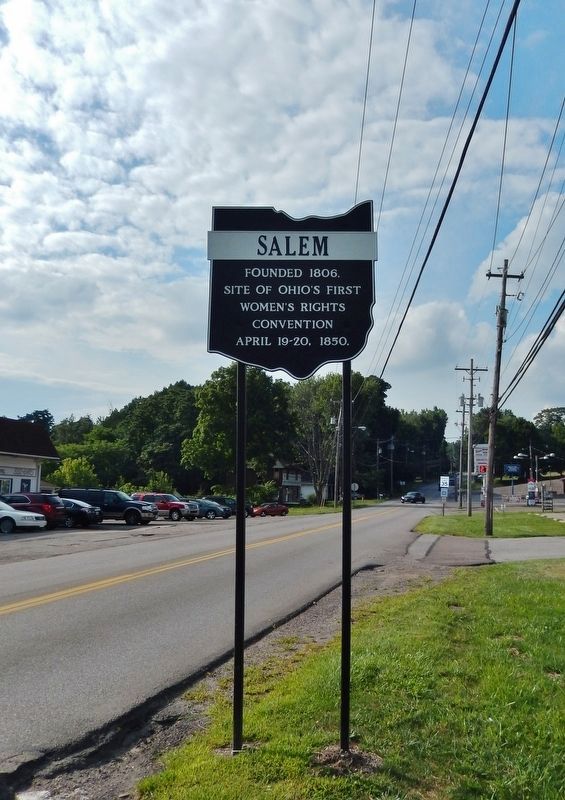 2. First Women's Rights Movement. Numerous Ohio women actively participated in reform movements. Ohio women formed the Ohio Women's Temperance Society and the Female Moral Reform Society to assist other people in living in a more moral manner. Ohioans Lucy Stone and Harriet Beecher Stowe played a vital role in the abolitionist movement through their speeches and writings. It was apparent to the reformers, in Ohio and elsewhere, that women did not enjoy the same opportunities for which they were fighting for other groups. Many women, such as women’s rights activist Elizabeth Cady Stanton, would not stand for this. (Submitted on July 30, 2018, by Cosmos Mariner of Cape Canaveral, Florida.) 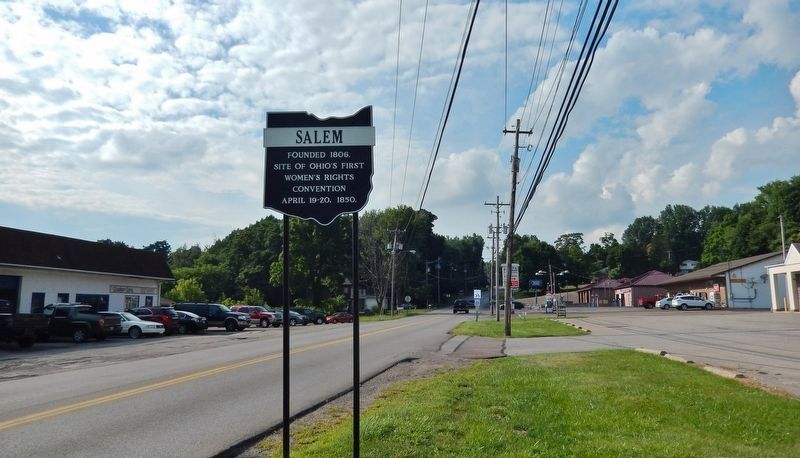 Photographed By Cosmos Mariner, July 30, 2018
3. Salem Marker (wide view; looking north along South Lincoln Avenue)
notice and was more of a regional meeting, called for "a series of conventions, embracing every part of the country." The 1848 regional event held in upstate New York was followed by other regional Woman's Rights Conventions in Ohio, Indiana, and Pennsylvania. That meeting's resolutions called for woman suffrage (the right to vote), and later conventions also included this call. But each meeting included other women's rights issues as well. (Submitted on July 30, 2018, by Cosmos Mariner of Cape Canaveral, Florida.)