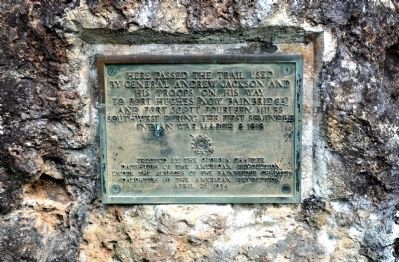 Here passed the trail used by General Andrew Jackson and his troops on his way to Fort Hughes [now Bainbridge] and Fort Scott fourteen miles southwest during the First Seminole Indian War, March 8, 1818

Topics and series. This historical marker is listed in these topic lists: Roads & Vehicles • Wars, US Indian. In addition, it is included in the Daughters of the American Revolution, and the Former U.S. Presidents: #07 Andrew Jackson series lists.

Location. 30° 54.488′ N, 84° 34.755′ W. Marker is in Bainbridge, Georgia, in Decatur County. Marker can be reached from the intersection of West Jackson Street and North Florida Street, on the right when traveling west. Located in Chason Park. Touch for map. Marker is at or near this postal address: West Jackson Street, Bainbridge GA 39818, United States of America. Touch for directions.

Other nearby markers. At least 8 other markers are within walking distance of this marker. The Battle of Fowltown (a few steps from this marker); The Second Creek War and Removal in the Decatur County Area 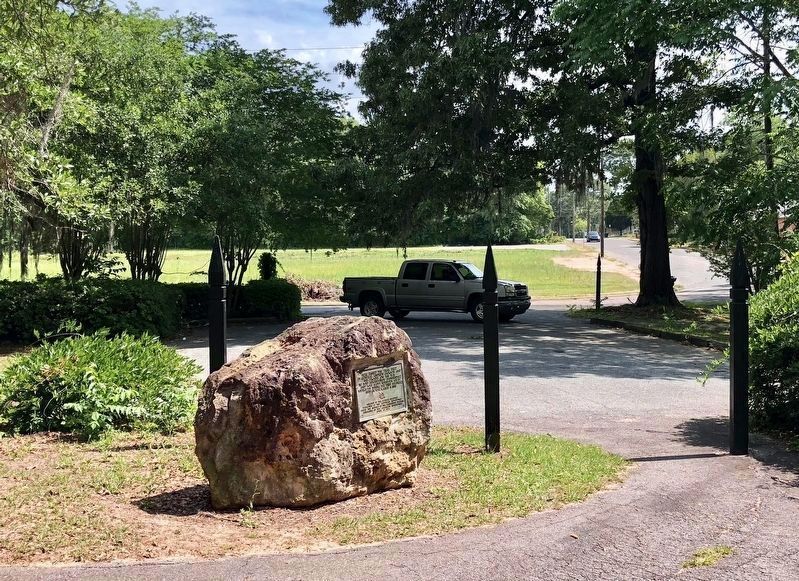 More about this marker. The rock was originally located in a grassy area near the exit ramp at the Boat Basin but because it was not in a location that people could park at, it was moved to Chason Park. 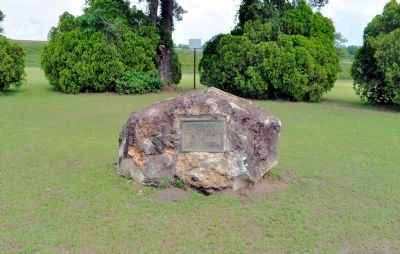