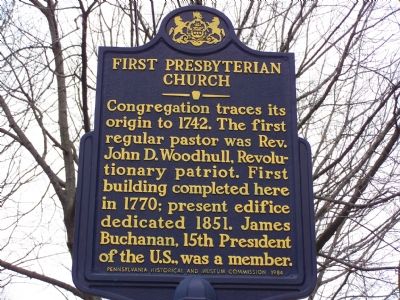 Topics and series. This historical marker is listed in these topic lists: Churches & Religion • Colonial Era • Notable Buildings. In addition, it is included in the American Presbyterian and Reformed Historic Sites, the Former U.S. Presidents: #15 James Buchanan, and the Pennsylvania Historical and Museum Commission series lists. A significant historical year for this entry is 1742. 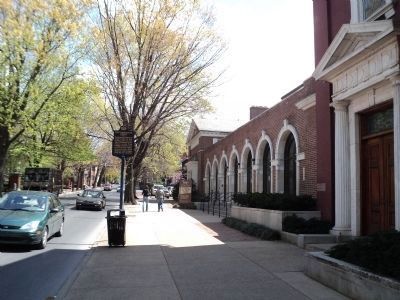 Presbyterians have been worshipping in Lancaster at least as early as 1742, and have had a church on the present site since 1770. The first regular pastor was John Woodhull, Revolutionary 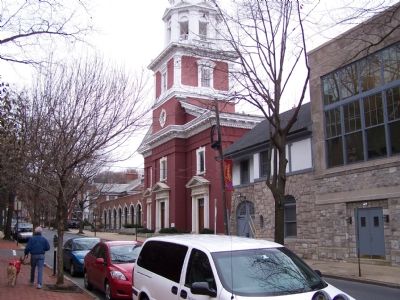 Related marker. Click here for another marker that is related to this marker. James Buchanan's grave site in Woodward Hill Cemetery 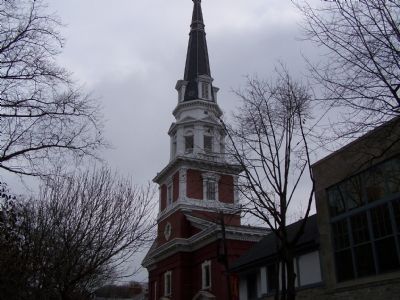