The Boys of Adams' Battery "G" 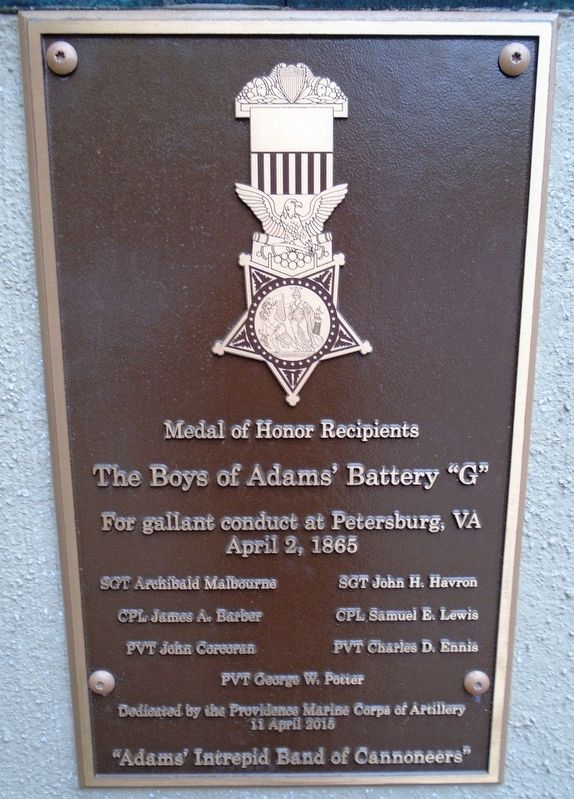 Dedicated by the
Providence Marine Corps of Artillery
11 April 2015

Topics and series. This memorial is listed in these topic lists: Patriots & Patriotism • War, US Civil. In addition, it is included in the Medal of Honor Recipients series list.

Other nearby markers. At least 8 other markers are within walking distance of this marker. Providence Marine Corps of Artillery (here, next to this marker); State Arsenal 20th Century Wars Memorial (here, 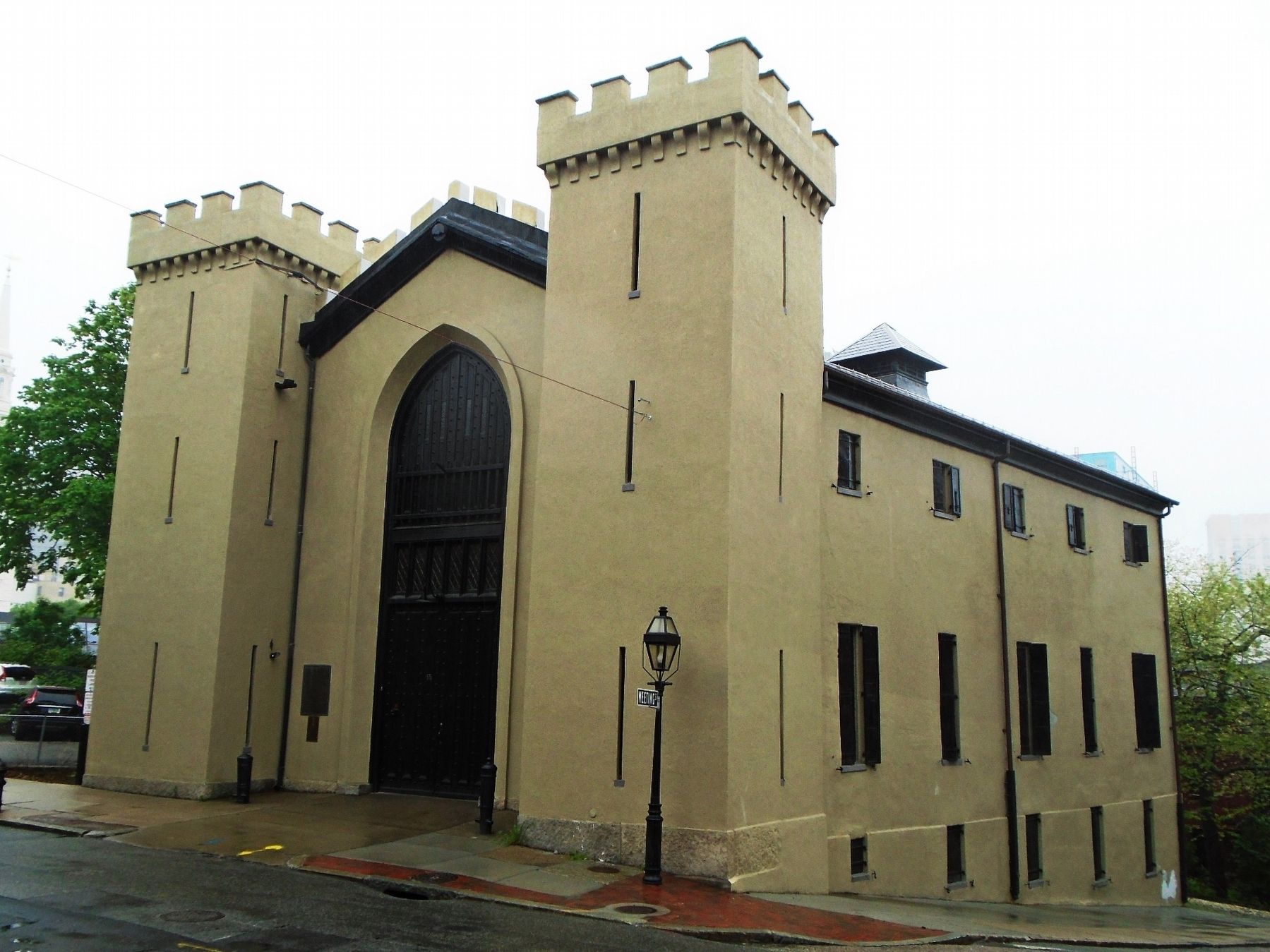 Photographed By William Fischer, Jr., May 19, 2018
2. The Boys of Adams' Battery "G" Marker
To left of State Arsenal doorway