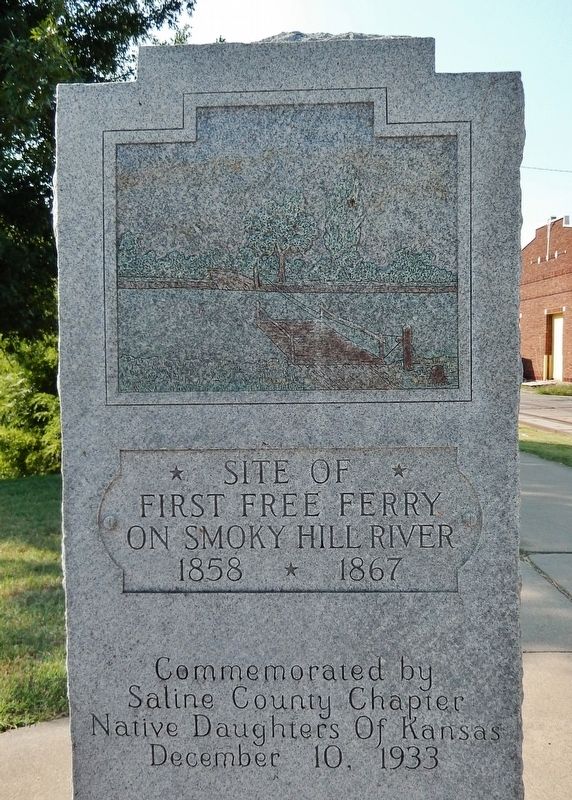 Erected 1933 by Native Daughters of Kansas. 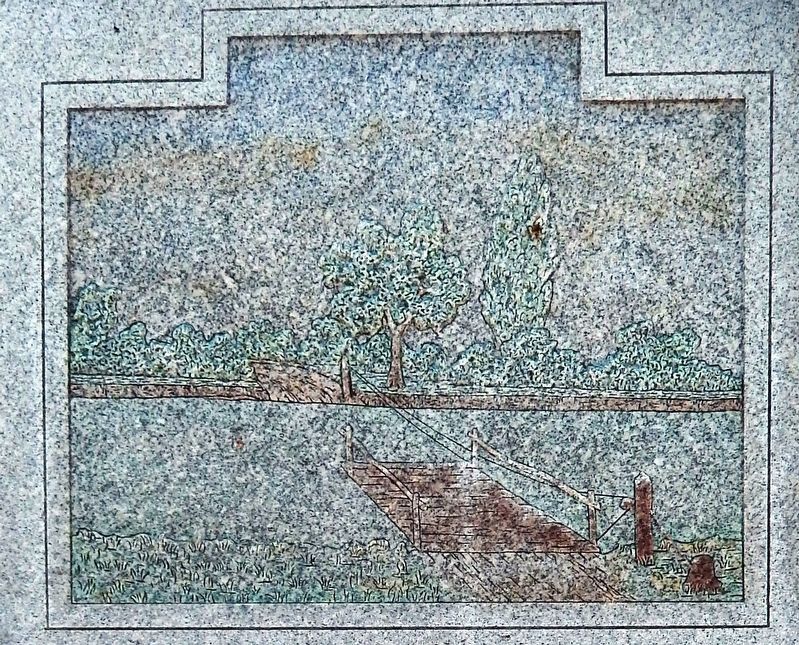 More about this marker. Marker is a 5-foot tall polished gray granite slab, with an inscription and engraved image on the north-facing side.

Also see . . .
1. Ferries in Kansas, Part VI, Smoky Hill River. In 1854 or 1855 the government built a bridge at the Smoky Hill crossing, located a mile or two southwest of present Kanopolis, Ellsworth county. This structure went out during a flood in June, 1858, and much of the timber used in its construction drifted downstream as far as Salina, where it was salvaged by Alexander M. Campbell, who was operating a trading post on the river. That fall Mr. Campbell and James Muir built a ferryboat, using this salvaged timber for that purpose, and putting their boat into use late in the year. The ferry location was where Iron avenue crosses the river, this point being also the end of the Phillips road which followed the divide south of the Kaw and Smoky Hill rivers from Lawrence to Salina. Campbell's ferry was a free ferry, the only institution of the kind in that part of the country, and was operated until the completion of a bridge across the river near the old 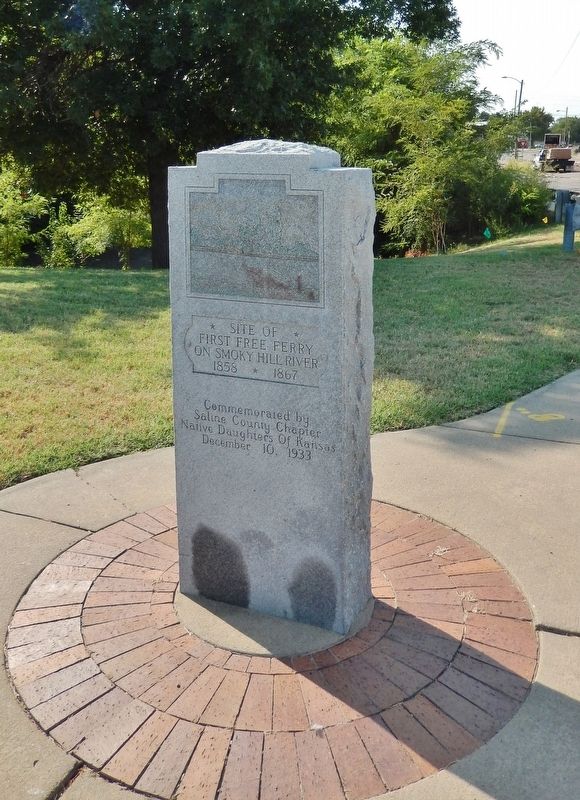 Photographed By Cosmos Mariner, September 7, 2017
3. Site of First Free Ferry on Smoky Hill River Marker (tall view)
landing place. Some of the old-timers say they used the ferry as a bridge when the river was low, and as a ferry when the river was up. This ferry was operated for about nine years. (Submitted on September 4, 2018, by Cosmos Mariner of Cape Canaveral, Florida.)

2. Alexander M. Campbell. It was in March, 1858, that Mr. Campbell, in company with his brother-in-law, Col. William A. Phillips, came to Salina. His was one of the organizing minds and a townsite company was formed, made up of Mr. Campbell, Colonel Phillips and others, which laid out and platted the town. There were no railroad facilities at the time and these pioneers covered the distance from Lawrence on foot. The first house in the projected town was 1½ stories high and was constructed of native logs. Mr. Campbell opened the first store in this building as soon as completed, conducting for a year for Colonel Phillips and then becoming proprietor. The Salina post office was established in this building and Mr. Campbell was made postmaster, an office he retained continuously for about forty years, an unusual record. (Submitted on September 4, 2018, by Cosmos Mariner of Cape Canaveral, Florida.) 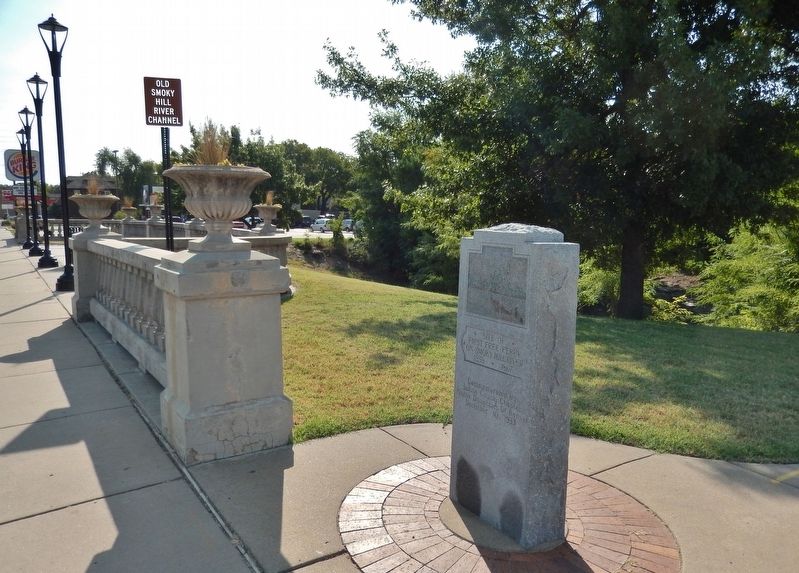 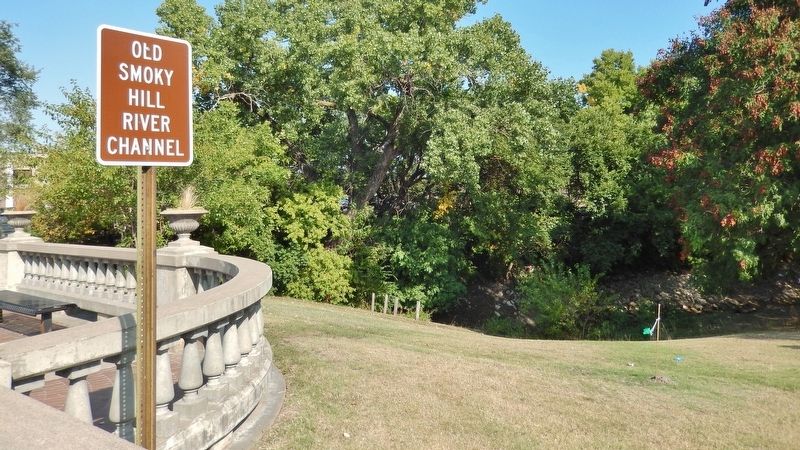 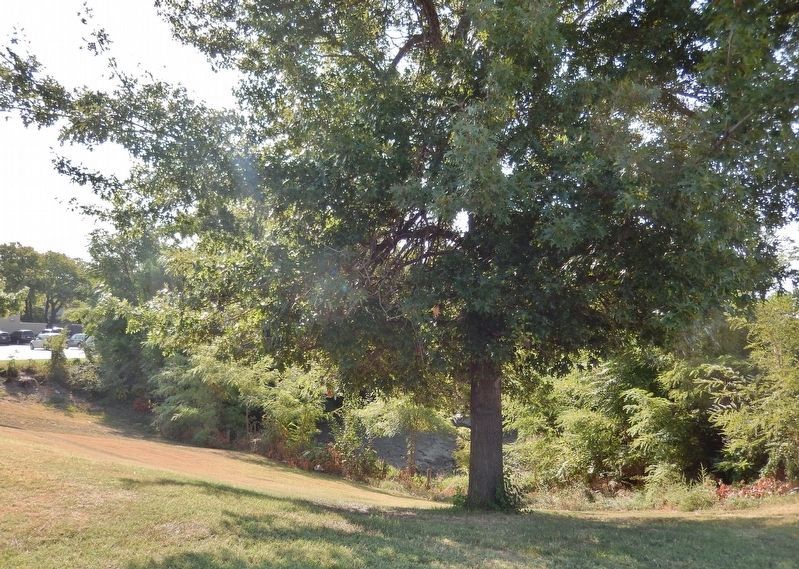