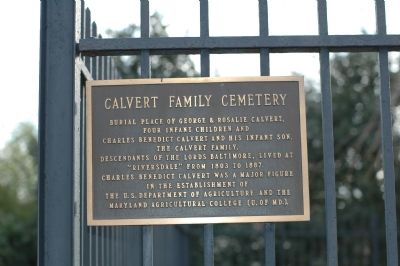 By Tom Fuchs, February 18, 2006
1. Calvert Family Cemetery Marker
Inscription.
Calvert Family Cemetery. . Burial place of George & Rosalie Calvert, four infant children and Charles Benedict Calvert and his infant son. The Calvert family, descendants of the Lords Baltimore, lived at "Riversdale" from 1803 to 1887. Charles Benedict Calvert was a major figure in the establishment of the U.S. Department of Agriculture and the Maryland Agricultural College (U. of MD.). . This historical marker was erected by Riversdale Historical Society. It is in Riverdale Park in Prince George's County Maryland

Location. 38° 57.802′ N, 76° 56.158′ W. Marker is in Riverdale Park, Maryland, in Prince George's County. Marker can be reached from the intersection of Rhode Island Avenue and Queensbury Road. Cemetery is in Calvert Memorial Park, which is bounded by East-West Highway (MD Route 410) but cannot be reached from there. Queensbury Road is parallel to East-West Highway one block south. Rhode Island Avenue is part of the MARC Riverdale Station parking lot. Path to cemetery is opposite the train station, across 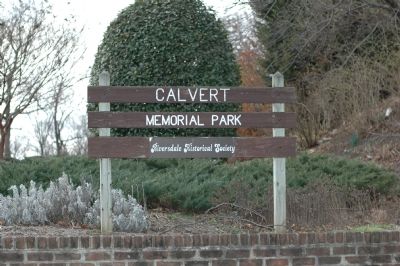 By Tom Fuchs, February 18, 2006
2. Calvert Memorial Park Sign
This sign faces the train station parking lot. It appears that the sign was erected by the Riversdale Historical Society.
the parking lot. Touch for map. Marker is at or near this postal address: 6220 Rhode Island Ave, Riverdale MD 20737, United States of America. Touch for directions.

More about this marker. Riversdale House referred to on the marker is two blocks away across the railroad tracks at 4811 Riverdale Road. Riverdale Road is parallel to Queensbury Road, one block south. There is a museum there and the ballroom is available for rentals. 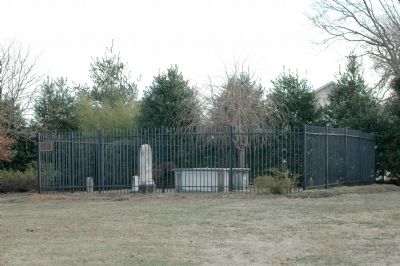 By Tom Fuchs, February 18, 2006
3. Calvert Family Cemetery
Marker is mounted on the left end the fence. 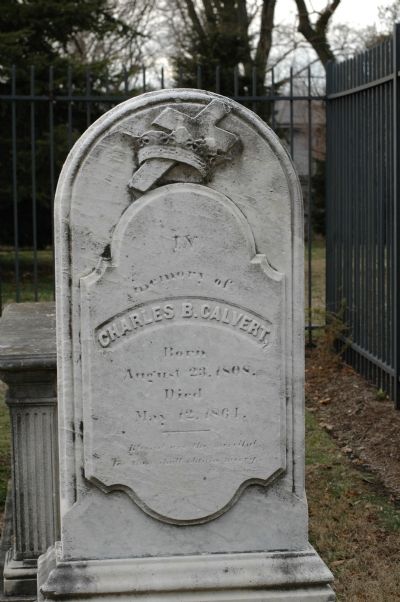 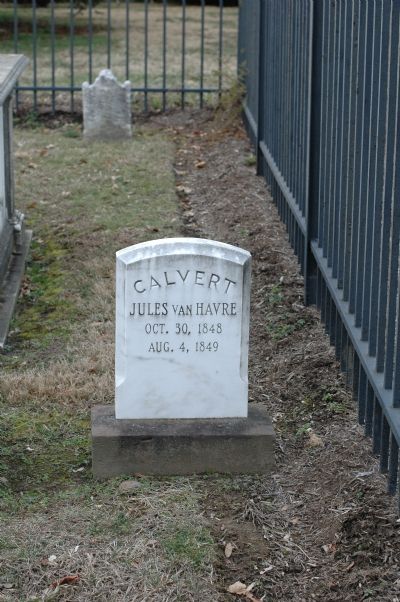 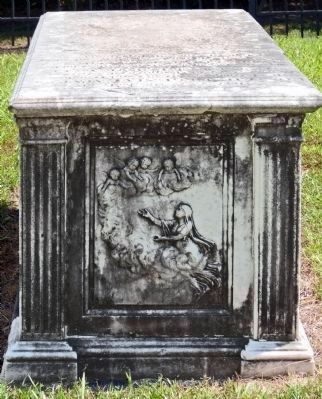 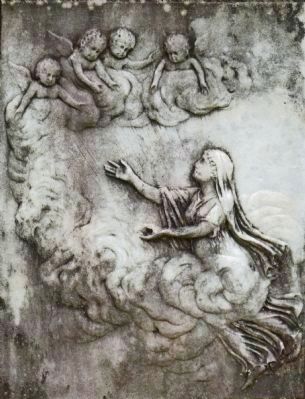 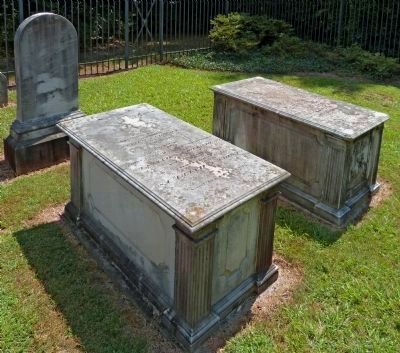 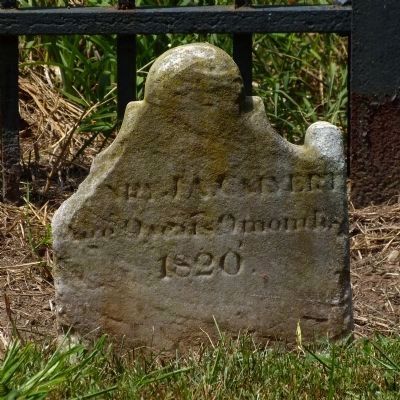 By Allen C. Browne, August 24, 2013
9. Henry Calvert (1810-1820)
This barely readable headstone seems to be that that of nine year old Henry Calvert who died in February 1820 in the same week as his three year old sister Amelia, perhaps of diphtheria. 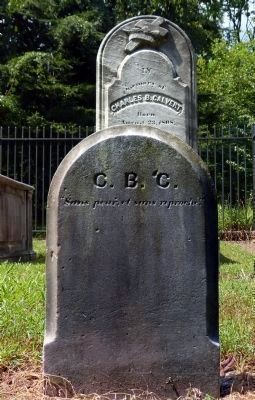 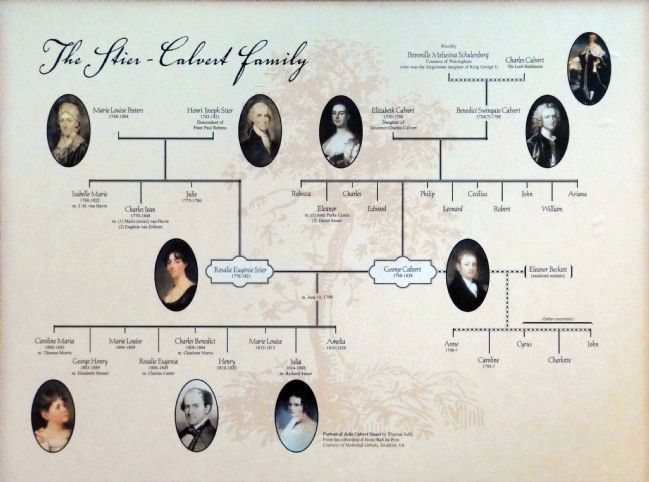